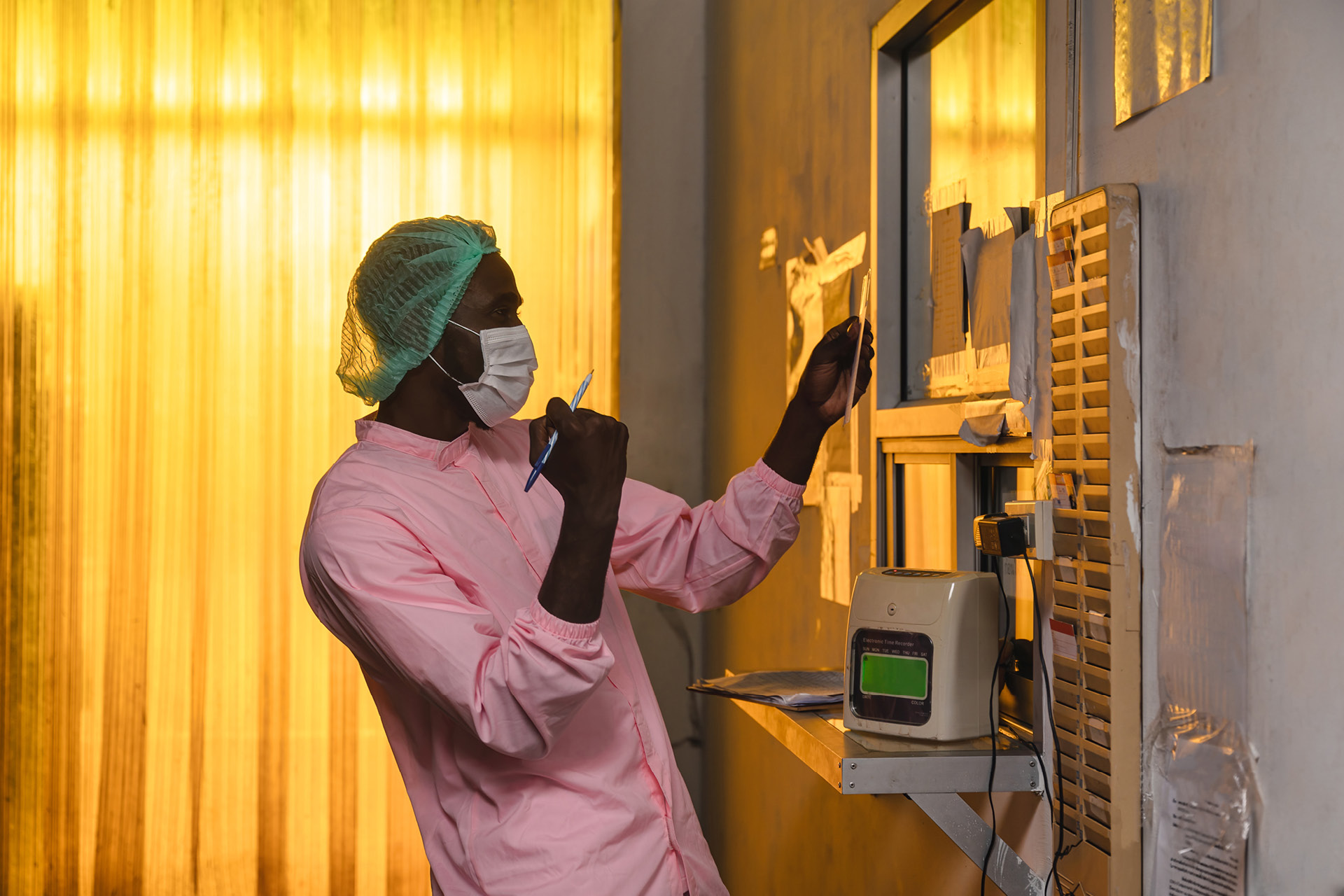 BAG in the fast lane

Life has plenty of challenges in store for employers at the moment: there’s the ubiquitous shortage of skilled labour, then add to the mix the new German Act on Notification of Conditions Governing an Employment Relationship (NachwG) – unnecessarily – making employment agreements subject to a factual written form requirement, and of course general economic concerns due to inflation and recession. And as if that was not enough, the German Federal Labour Court (BAG) has now introduced an extensive obligation to record working hours.

This issue was initially about the scope of the co-determination rights pursuant to Section 87 (1) 6 of the German Works Constitution Act (BetrVG). While a majority of the observers weighed up the pros and cons of the existence of a right of initiative pursuant to Section 87 (1) 6 BetrVG beforehand, not only did the BAG go beyond this, but also beyond legislators, who had not prescribed such an obligation by law before.

So far, this had not been the case for the co-determination right pursuant to Section 87 (1) 6 of the BetrVG. In a decision of 28 November 1989 – 1 ABR 97/88, the BAG decided that the works council did not have the right of initiative regarding the introduction of technical monitoring devices. The BAG essentially justified its decision in that the purpose of the statute as per Section 87 (1) 6 of the BetrVG was intended as a right of defence. It continued that a right of initiative contradicted this purpose as it allowed the works council to introduce technical devices that might violate privacy rights.

Recently, however, Hamm Regional Labour Court (LAG) criticised this decision. Hamm LAG declared itself in favour of a right of initiative within the scope of Section 87 (1) 6 of the BetrVG in a decision of 27 July 2021 (7 TaBV 79/20), which was now the subject of appeal in the matter-at-hand.

In this context, the arguments of Hamm LAG mainly centre on the legislative process of 1972. The legislative proposal for the BetrVG presented by the parliamentary group of the CDU/CSU still differentiated between co-determination rights with or without a right of initiative. This differentiation was not included in the final version, however, due to criticism by the Committee of Labour and Social Affairs. In the opinion of Hamm LAG, this implies a right of initiative according to Section 87 (1) 6 of the BetrVG. If legislators had not wanted to grant this right, they would have had to have made a corresponding restriction regarding the matter of co-determination rights as seen with welfare services in Section 87 (1) 8 of the BetrVG.

Implications based on European law

In the opinion of the Hamm LAG, European law matters were not relevant to the decision even though some of the literature takes the position that a right of initiative to introduce a time recording system at a workplace must exist, based on the highly publicised decision of the ECJ in the matter of CCOO (ruling of 14 May 2019 – C-55/18).

Let me remind you: in its decision of 14 May 2019, the ECJ obliged the member states to introduce a statutory provision which stipulates the recording of working hours by means of an objective, reliable and accessible system. The ECJ stated that the system was required to implement the Working Time Directive (2003/88/EC) and it was not sufficient to merely document overtime as set out in Section 16 (2) of the German Working Hours Act (ArbZG). New statutory provisions in accordance with the requirements of the ECJ have not been put in place to date. The new regulations in the German Working Hours Act, which were included in the coalition agreement of the SPD, FDP and the Greens, have not even got as far as a first legislative draft. A direct obligation of a company on the grounds of the ECJ ruling has so far been mostly and rightly rejected.

Decision of the BAG

According to the press release of 13 September 2022, the BAG had now actually taken into account the European law provisions, albeit in an entirely different manner than expected. According to this, Section 3 (2) 1 of the German Occupational Health and Safety Act (ArbSchG) must be interpreted in conformity with Union law resulting in employers being obliged by law to record the working hours of their employees. This also means, however, that the works council does not have the right of initiative to introduce an electronic time recording system because there is no right of co-determination according to the introductory sentence of Section 87 (1) of the BetrVG insofar as these business matters are already prescribed by legislation.

From a legal point of view, this reasoning is indeed a surprise. This is because so far, most parties rightly agree that an interpretation of the provisions regarding working hours in line with Union law is not possible. This was justified with the unambiguous wording of Section 16 (2) 1 of the ArbZG, which expressly only prescribes the recording of overtime. The BAG has now obviously avoided this obstacle by not interpreting Section 16 (2) 1 of the ArbZG, but Section 3 (2) 1 of the ArbSchG in line with Union law. In this context, the written statement of grounds to be published by the BAG should be particularly interesting because it is to be expected that relying on the general occupational safety regulations of the ArbSchG is not permissible when special statutory provisions regarding working hours exist.

It is also unclear how such interpretation is compatible with the legislative intention. So far, legislators have refrained from introducing such obligations, despite corresponding requests and despite the duty to implement under European law following the CCOO ruling. It is true that the German coalition parties agreed in the coalition agreement to “review in consultation with the social partners which adjustments are currently required in view of the rulings of the European Court of Justice on working hours legislation” (coalition agreement 2021 – 2025 between the SPD, the Greens and the FDP, p. 54). However, it also becomes apparent that legislators have not felt pressured to regulate these matters, so that you can indeed refer to a conscious non-regulation in this context.

While this ruling will mean additional red tape for several employers, there is also some cause for optimism, based on the press release published on 13 September 2022 at least.

The good news for employers is that works councils are not entitled to a right of initiative when it comes to introducing electronic time recording systems. Such a right of initiative would certainly have led to significantly greater and more costly effort for employers. This is because it would have meant that works councils would have been able to dispute with the employer in a conciliation committee over the time recording system to be applied in the individual case, and they would even have been allowed to implement time recording systems rejected by the employer against their will.

Following this press release, the authors do not want to join that group of observers who are already bidding farewell to trust-based working hours. This is because the release does not state that employers were now suddenly obliged to set up time clocks. According to the provisions of the ECJ on the basis of its CCOO ruling, a time recording system is merely required to be objective, reliable and accessible. The press release of the BAG does not go into more detail either. Therefore, as matters stand, it would still be permissible to delegate time recordings to employees. They would be able to record their daily working hours, for example, by means of an app, in an Excel sheet or, traditionally, with pen and paper. After all, it makes no difference whether an employee records the start of the working day by pressing a button on a computer or smartphone, by clocking in or by writing it down. The authors also do not assume that the BAG intends to completely ignore the realities of the modern working world by prescribing a rigid, inflexible time recording system. Employers should, however, randomly check the records on a regular basis. In addition, every employer should review now whether their current time recording method will correspond with the new statutory provisions in the future and should make any necessary changes, as well as assessing potential risks.

This ruling does not, however, ease the burden of presentation and proof for employers in lawsuits concerning overtime hours. The BAG already made a decision on that matter in a ruling of 4 May 2022 (5 AZR 359/21). Unlike the May ruling, which discussed the concept of working time under remuneration law, the CCOO ruling and the current decision of the BAG deal with it from an occupational health and safety point of view. Thus, the time recording required in application of Section 3 (2) 1 of the ArbSchG in accordance with European law does not serve the purpose of enforcing remuneration claims. Instead, it serves the purpose of occupational safety and, consequently, helps comply with the corresponding provisions of the German Working Hours Act because “recording working times also protects against exploitation both by others and oneself” as BAG President Inken Gallner stated in the proceedings.

Even though employers may be cautiously optimistic as explained earlier, they currently still face something of a dilemma. On the one hand, they are immediately obliged to record working time due to the decision of the BAG. On the other hand, it will presumably still take a while until the release of the reasons for the BAG ruling, which might give further advice on the practical implementation of the new legal situation in businesses. While it is encouraging that the BAG rejected the right of initiative of the works council, it is a pity that the BAG did not leave the regulation of recording working hours to legislators, as it is an obligation with practical relevance and significance for companies. 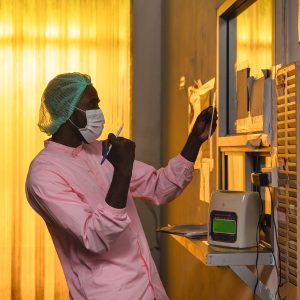 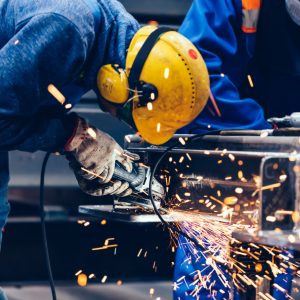 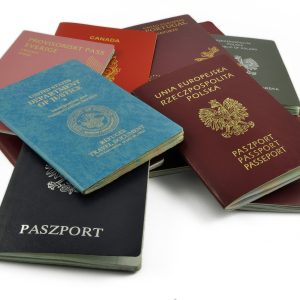