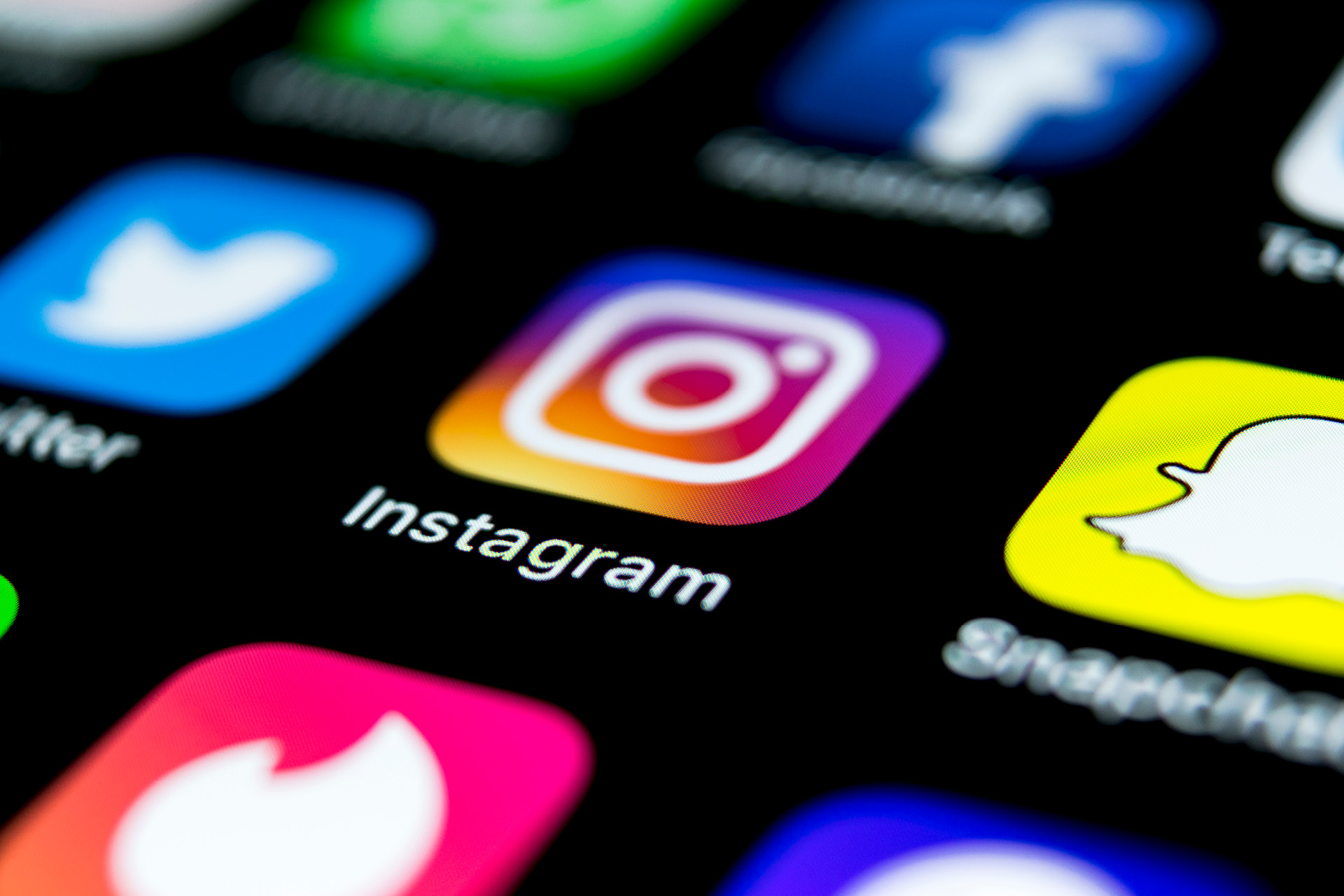 What started as a network for communication in the private sector has since established itself as a channel for corporate communication. Social media ceased to be a mere trend long ago and is now indispensable to the marketing strategies of a wide variety of companies who are reacting to the accelerating digitalization of the world. But very few people can predict what is happening to the masses of data being collected—some of which is very personal—when it is liked, commented on and shared daily.
In the working world, a company’s social media presence represents not only the company, but also its employees. In a court decision dated from December 6, 2017 (court file 28 BV 6/17), the Hamburg Labor Court (Arbeitsgericht Hamburg) ruled on a case in which the general works council of a multiplex cinema operator with 30 operating facilities throughout Germany applied to prohibit the employer from using its twitter account. The general works council considered its right of co-determination under section 87 paragraph 1 number 6 of the German Works Constitution Act (Betriebs­verfassungsgesetz,BetrVG) to have been breached.

Furthermore, the general works council considered in this case that a Twitter account is a technological device, within the meaning of the legal standard, intended to monitor the behavior and performance of staff. The legal principles applicable by analogy in this case were established by the German Federal Labor Court (Bundesarbeitsgericht,BAG) in its Facebook decision from December 13, 2016, according to which the “visitor contributions” function on a Facebook page operated by an employer is subject to co-determination by the works council. Regarding this matter, the BAG stated that “surveillance” means a process by which information about the behavior or performance of employees is collected and recorded, including for the purpose of potential later review. To count as “surveillance”, according to the BAG the monitoring must be carried out by the technological device itself, and the technological nature of the system means it must carry out direct monitoring. This presupposes that the institution itself automatically collects, stores and/or processes the data. Technological devices are considered intended for monitoring purposes if they are objectively capable of collecting and recording information regarding employees’ behavior or performance; whether the employer subjectively intends to monitor its employees is irrelevant (BAG December 10, 2013, 1 ABR 43/12, mn. 20). It is still considered surveillance even if the data is not obtained by technological means by the institution itself but is instead entered manually and further utilized by the technological device. Based on these principles, the court concluded that the employer’s Twitter account, unlike a Facebook page with an activated comment function, is not a technological device within the meaning of section 87 paragraph 1 number 6 of the BetrVG.
The data assessment options currently available to the employer through the Twitter account it operates did not enable it to monitor the behavior and performance of employees, as a Twitter account differs significantly from a Facebook page in that reactions to an employer’s tweets are not posted and stored on the employer’s own profile, but rather on the profiles of the posting users. In the court’s opinion, this means the relevant data are not stored within the sphere of the employer and can only be found by the employer—provided they have not been deleted by the respective users—by means of a search. In addition, reactions posted by users only appear in the news feeds of those who have subscribed to these users. In this respect, too, there is a crucial difference between a Twitter account and a Facebook page, since Facebook makes all posted contributions accessible to an indefinite number of people.

View of the Hamburg State Labor Court
In this case, however, the Hamburg State Labor Court (Landesarbeitsgericht) in the second instance (September 13, 2018: 2 TaBV 5/18) classified the facts differently. It decided the works council had a right of co-determination concerning the Twitter account operated by the employer because of the “reply” function. Based on a reply’s content, the employer could assign it to a specific employee by name or status and use it for behavioral and performance monitoring, provided the message contained statements regarding the employee’s behavior and/or performance. It is therefore irrelevant whether the replies can be viewed by non-registered users. A collection of data that contains statements regarding the behavior and performance of employees must be considered a form of monitoring. The fact that the replies to the employer’s tweets remain on the accounts of the users who post the replies and cannot be deleted by the employer does not justify any other assessment. Rather, this fact increases the pressure of surveillance and impairs the employees’ personal rights more grievously, given that such a reply may take considerably longer to delete and may spread in an exponential and public manner via social networks. Nor does it matter whether the data permits a reasonable and conclusive assessment of the employee’s behavior and performance. It is considered sufficient that a tweet or a reply connected to assimilated information makes an assessment possible. Whether and to what extent the functions “retweet” and “mention” represent ways of monitoring within the meaning of section 87 paragraph 1 number 6 of the BetrVG remains an open question. By using its own Twitter account with a reply function as a means of communication, the employer offers its customers a targeted platform for expressing themselves publicly about the company and its employees. However, since this function cannot be deactivated separately—at least not in the current version of the app—the court decided the right of co-determination extends to the entire Twitter account.

The right of co-determination under section 87 paragraph 1 number 6 of the BetrVG was introduced with the 1972 revision of the BetrVG and serves to protect the employee’s right of personality. The law’s explanatory memorandum states: “[It exists the] right of codetermination in the introduction and use of such technical devices, which have the purpose of monitoring the behavior or performance of employees, since such control devices strongly interfere with the personal sphere of the employee” (German Bundestag Printed Papers, VI/1786, page 48 et seq.). Control exerted by technological means places a particular burden on the employee because it makes his or her behavior or performance accessible to an anonymous assessment (BAG, March 27, 2003 – 2 AZR 51/02). Although the apparatus provides objective and uninfluenceable information, the facts of life are usually abridged. As a result, the decisive reason for the application of the right of co-determination in this case is the lack of room for discretion within the technological systems, combined with increased monitoring pressure due to the duration, frequency and unavoidability of the procedures affecting the employee (Müllner, BB 1984, 475, 477; Kraft, ZfA 1985, 141, 155; Söllner DB 1984, 1245). Consequently, technological monitoring is considerably more difficult to bear than observation by a person (Ehmann, NZA 1993, 241, 244; Jahnke, DB 1978, 1691 et seq.).

Closely observing the wording, not all technological devices are subject to co-determination—only those that have the “purpose” of monitoring the behavior or performance of employees. The results obtained by monitoring are objective. According to its purpose, Twitter is not intended to monitor anyone. In the decided case, Twitter’s purpose was to establish contact with potential customers. The company enjoyed above-average success in contacting potential customers via social networks, where advertising can be used more effectively and oriented toward target groups. The fact that, according to the settled case law of the BAG, the objective suitability of the device for monitoring is sufficient and the purpose for its use is irrelevant (BAG December 10, 2013 – 1 ABR 43/12; December 6, 1983: 1 ABR 43/81; September 9, 1975: 1 ABR 20/74) is therefore contrary to the wording of the standard and greatly expands its scope of application.

In conclusion, it should be noted that whether a right of codetermination exists will always depend on the circumstances of the individual case.
In the case of Twitter accounts, the answer is yes, owing to the reply function. Should new technological developments follow, such as the deactivation of the reply function, it remains to be seen whether any further differentiation will be made here—considering the original analogy was drawn to Facebook.