Start LaborLaw LaborLaw - Archive It can be torture – every day

It can be torture – every day

Works councils in Germany: how to handle them
By Dr. Jan Tibor Lelley, LL.M.

Quite often managers ask me: “Are they allowed to do this?” or “How can it be that this is legal in Germany?“. A lot of internationally operating companies or companies from abroad think that working with their German works councils feels like torture – every day. And a working relationship based on trust as stipulated in Section 2 of the German Works Constitution Act (Betriebsverfassungsgesetz), which sets the legal framework for works councils in Germany, seems so far away – like the earth from the moon.

What are works councils and trade unions allowed to do in Germany?

The works council’s field of activity: an overview

The German concept of codetermination, which contrasts with the US system, always allows for the presence of trade unions in the office or on the shop floor. Trade unions are, upon notification, permitted to access the company’s offices and to lobby for their interests there (Section 2, WCA). Trade unions are also allowed to participate in works council meetings and in meetings involving all employees (Section 31 and Section 46, WCA).

The works council’s rights concerning social matters form the core of the German concept of codetermination (Section 87, WCA). In this regard, the WCA gives the council an (enforceable) right to codetermination, for example with respect to the organization of working hours, overtime and leave as well as to the introduction and planning of salary plans (bonus programs and assessment systems). Within this context, enforceable means that management is prohibited from implementing anything without the works council’s approval. One example of this would be the introduction of a new bonus program. A conciliation committee makes a binding decision in the event that management and the works council cannot reach an agreement through negotiations (Section 76, WCA). This conciliation committee and the process is comparable with an internal arbitration panel chaired by a labor judge.

Another important field of activity for the works council includes information on internal transfers and dismissals (Section 99 and Section 102, WCA). Management is obligated to consult the works council before internally transferring or dismissing an employee. In addition, the works council has to be granted the opportunity to deliver an opinion concerning the issue at hand.

The works council also has rights concerning restructuring measures (operational changes, closures, mass dismissals and the like): Management is obligated to at least try reaching a reconciliation of interests with the works council and, thus, an agreement on how restructuring should be carried out (for example, the number of employees who would be dismissed).

In an establishment with more than 20 employees eligible to vote, a social compensation plan – an agreement on compensating or alleviating employees’ economic disadvantages resulting from operational changes – needs to be negotiated and concluded with the works council (Section 112, WCA).

In times of poor collaboration between the works council and management, the parties both resort to their respective instruments of torture: The works council demands its rights to elaborate communication and involvement in even the smallest day-to-day business issues. It blocks urgent measures concerning working hours, overtime or the new bonus plan dictated by the foreign parent company. All these actions are taken in the name of the right to codetermination in social matters. Management in turn reacts with a sledgehammer. Individual works council members are scrutinized in detail, personal shortcomings in the employment relationship and possible grounds for dismissal are sought out. The works council as such is no longer an intracorporate counterpart and is made into an enemy of employee interests and responsible not only for obstructing the peace within the company through its irresponsible actions, but also for questioning the company’s economic survival as such.

… and how should management act?

But how is this possible to do without giving up legitimate managerial positions and interests? First of all: Do not acquiesce to the works council or any of its external advisers possibly responsible for instigating certain actions. Take a strong stance and draw a clear line that’s not to be crossed. It has never proved successful to win over the council by making exaggerated concessions or even by extending preferential treatment to certain works council members. This course of action always backfires: Give someone an inch, and he or she will take a mile, or, in the worst case, will threaten to press charges for disturbing or obstructing the work of the council (which is a criminal offense in Germany). Managers are well advised to remain friendly and firmly meet the works council on equal footing, always keeping the company’s and the workforce’s best interests in mind.

It needs to be clear that the works council is not per se a (feared) opponent, but initially just the employees’ elected representative. It’s an entirely different matter if, in fact, the council really represents the majority of employees, however it is worthwhile to establish a sustainable working relationship. Together with the works council, management can achieve many goals. Works agreements – including those cutting social benefits and thus unpopular among employees – have direct and compulsory effect without the workforce’s consent. As a consequence, management is equipped with an instrument that, in these cases, enables implementation of unpopular measures in collaboration with the employees’ representatives. This, however, presupposes trust, which does not come cheaply, but rather has to be earned. A works council is only able to trust a strong management when management openly communicates the company’s interests. As a result, this has to be the starting point for every collaboration. Anyone who has the works council on his or her side – or at least does not have the council as a (feared) enemy – can quickly make a trusted collaboration a reality for the benefit of the company.

One reply on “It can be torture – every day” 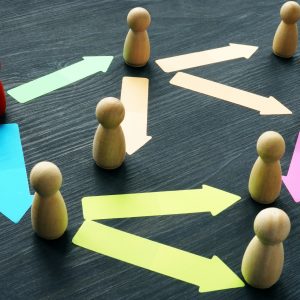 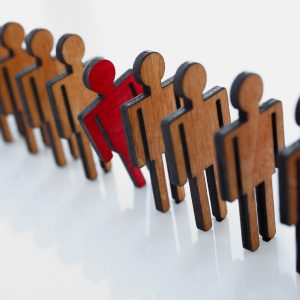 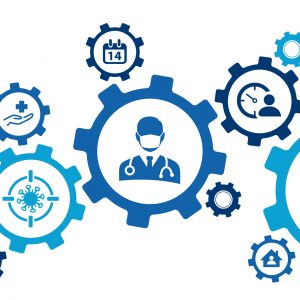