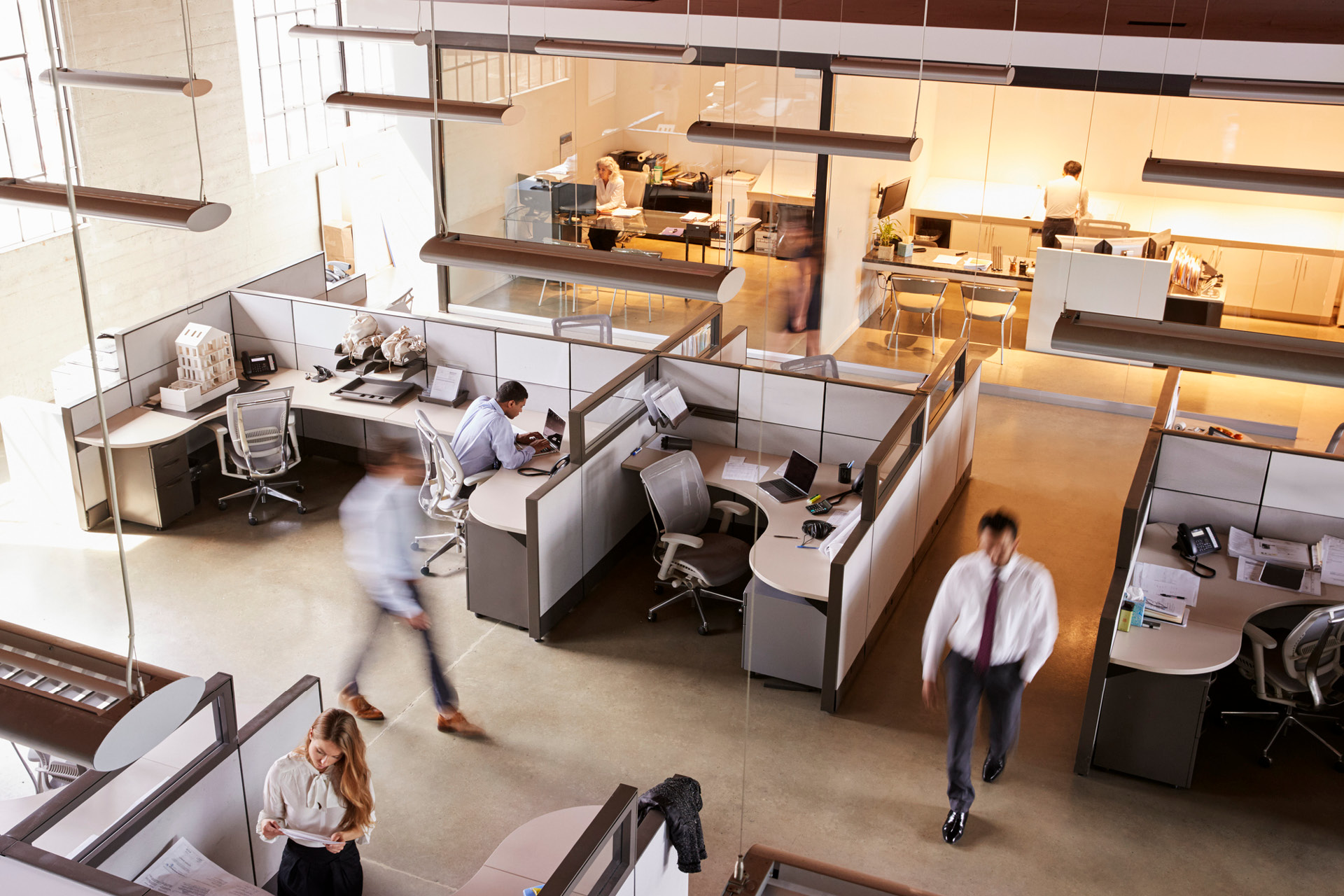 A view to the risks of engaging external personnel in Germany

External personnel are workers who, rather than being directly employed by the company for whom they currently work, are temporary workers, freelancers or some other kind of third-party employee. In essence, they are individuals who perform activities on the basis of service or work contracts. In contrast to a company’s regular employees, external personnel generally are not entitled to the benefits granted by German labor law, such as statutory protection against dismissal, continued payment of wages in event of illness or paid leave.
Partly due to the current labor market’s very limited supply of highly-qualified specialists willing to work as employees in some areas, and partly due to the increasing demand for flexibility, there is currently considerable need for external personnel. The engagement of external personnel is also a very popular choice for companies because it keeps them unfettered from certain parts of labor law, reduces the costs associated with hiring and terminating directly employed personnel and decreases the need for personnel management. Companies can instead concentrate on their own core competencies and thus work more efficiently. The engagement of external personnel also provides easier access to external know-how.

Risks associated with engagement of external personnel
Engagement of external personnel, however, entails a considerable amount of risk for companies if not handled properly. These risks are not only of a legal but also of an economic nature. Individuals who represent a company and are responsible its decisions may be subject to both civil and criminal liability, while the company may be required to make back payments of social security contributions and taxes and may find itself threatened by steep fines.
The legislature regards the engagement of external personnel by companies as “fit for abuse.” As a result, since April 1, 2017, it has been prohibited to engage temporary workers in such a way that they appear to be self-employed or leased but in fact work much like regular employees. This prohibition — and the potential consequences it carries if violated — hovers like a sword of Damocles over companies who engage external personnel.
Considerable legal hurdles have been formulated to prevent the engagement of external personnel in ways that in fact amount to pseudo self-employment or concealed personnel leasing. The consequence of non-compliance is that the contractual relationship is considered fully effective employment within the meaning of section 611a of the German Civil Code (BGB), even though the parties involved have been acting otherwise. German labor law does not assess an employment relationship according to the parties’ label for said relationship, but rather looks at the execution and implementation of the contractual relationship in practice. The label is only considered one indication of many. A high level of integration into the company, an obligation to follow instructions and a claim to employee protection rights, for example, all point to a regular employment relationship.
If a court finds that the engagement of external personnel in fact represents the temporary leasing of a worker from one company to another, the German Personnel Leasing Act (Arbeitnehmerüberlassungsgesetz, AÜG) applies. Exceptions are limited to a very small number of situations (for instance, temporary provision of staff among group companies). Absent a valid personnel leasing permit and a proper personnel leasing agreement, the provision of temporary staff leads to the concluded contract being considered invalid. At the same time, a direct employment contract with the company engaging the worker is implied by law. Consequently, the company engaging the worker is obligated to have been paying social security contributions and withholding and paying wage tax since the beginning of the employment relationship.

Prior to the amendment of the law, it was possible to obtain a temporary personnel leasing permit on a purely provisional basis. This allowed companies to use personnel leasing as a default option, even when a work or service contract was deliberately misrepresented or when a company was uncertain as to whether a particular employment relationship would be considered personnel leasing. As a result, the use of specious contracts for work and services was largely unproblematic and carried no consequences. When the legislature changed the law in 2017, it declared that it aimed to put an end to such business models by ensuring that a person who is able to present a personnel leasing permit is no longer in a better position than a person who openly leases staff without permission. The legislature strove for a higher degree of legal certainty in this matter.
Besides potential civil liability, representatives acting on behalf of a company are also faced with a considerable risk of criminal prosecution. Misclassification of employees can lead to criminal liability for withholding social security contributions (section 266a of the Criminal Code (StGB)) and for tax evasion (section 370 [4] of the Tax Code (AO)). These offenses are subject to monetary fines and imprisonment for up to five years (or up to ten years in particularly serious cases).

Violations of statutory provisions
In order to detect violations of the now stricter rules regarding the engagement of external personnel, the practice is now more closely monitored and observed by the regulatory and supervisory authorities. In addition, this procedure has developed into an essential component of corporate compliance management.
By way of example, in the voluntary social security status determination proceedings conducted in 2017, the German Pension Insurance Association (Deutsche Rentenversicherung Bund) found in 40.3% of the reviewed cases that the contractual relationship was in fact considered an employment relationship and subject to statutory social security contributions. Ten years earlier (2007), this was only true in 21.2% of all cases. At the same time, the number of company audits conducted by the German Customs Authority’s monitoring authority for illegal employment (FKS) increased significantly (52,209 company audits were conducted by the FKS in 2017 compared to only 40,374 in 2016).
In addition to the consequences already mentioned (for example, the obligation to pay social security contributions, wage tax and misestimated VAT, in each case potentially with late payment fines), substantial administrative fines of up to €10 million may be imposed on companies. Board members and managing directors may be personally faced with administrative fines of up to €1 million. This comes in addition to the risk of criminal prosecution and penal sanctions. Steep fines and criminal penalties have already been imposed. In 2017, for instance, the FKS initiated 107,903 investigative proceedings for criminal offenses (compared to 104,494 in 2016).

Possible solutions
These risks have induced many companies to put a much stronger focus on contractor compliance. Some companies now rely exclusively on personnel leasing. For some companies, however, this approach is not feasible. One reason for this is the statutory maximum hire term of 18 months. Another reason is that many freelancers and highly-qualified specialists are not willing to enter into an employment relationship. A comprehensive compliance plan is necessary to minimize the risks associated with service and work contracts. The aim of a compliance plan of this kind is to establish structures that prevent external staff both from receiving orders from the host company and from being operationally integrated into the host company’s business. This is because receiving and being subject to instructions and operational integration are the main indicators for pseudo self-employment and concealed personnel leasing.
An effective compliance plan includes precautionary measures aimed at preventing illegal external staff engagement before it occurs. This means setting up binding rules for external staff engagement, training responsible employees and implementing measures that effectively prevent the operational integration of external staff into the host business. Important elements in this context are the physical separation of internal and external staff as well as clear communication channels and job descriptions that preclude shared responsibilities and collaboration between internal staff and contractors. In some cases, entire projects must be outsourced. In addition, the staff tasked with procuring external personnel need to know exactly which agencies are reliable and suitable.
Next to preventive measures, an effective compliance plan must also include damage management for legal violations that have already been committed. This includes suitable solutions for uncovering legal violations and remedying non-compliant behavior under social security and tax law by working with the tax authorities and the public prosecutor’s office.

12 replies on “Increasing demand for flexibility leads to considerable need”