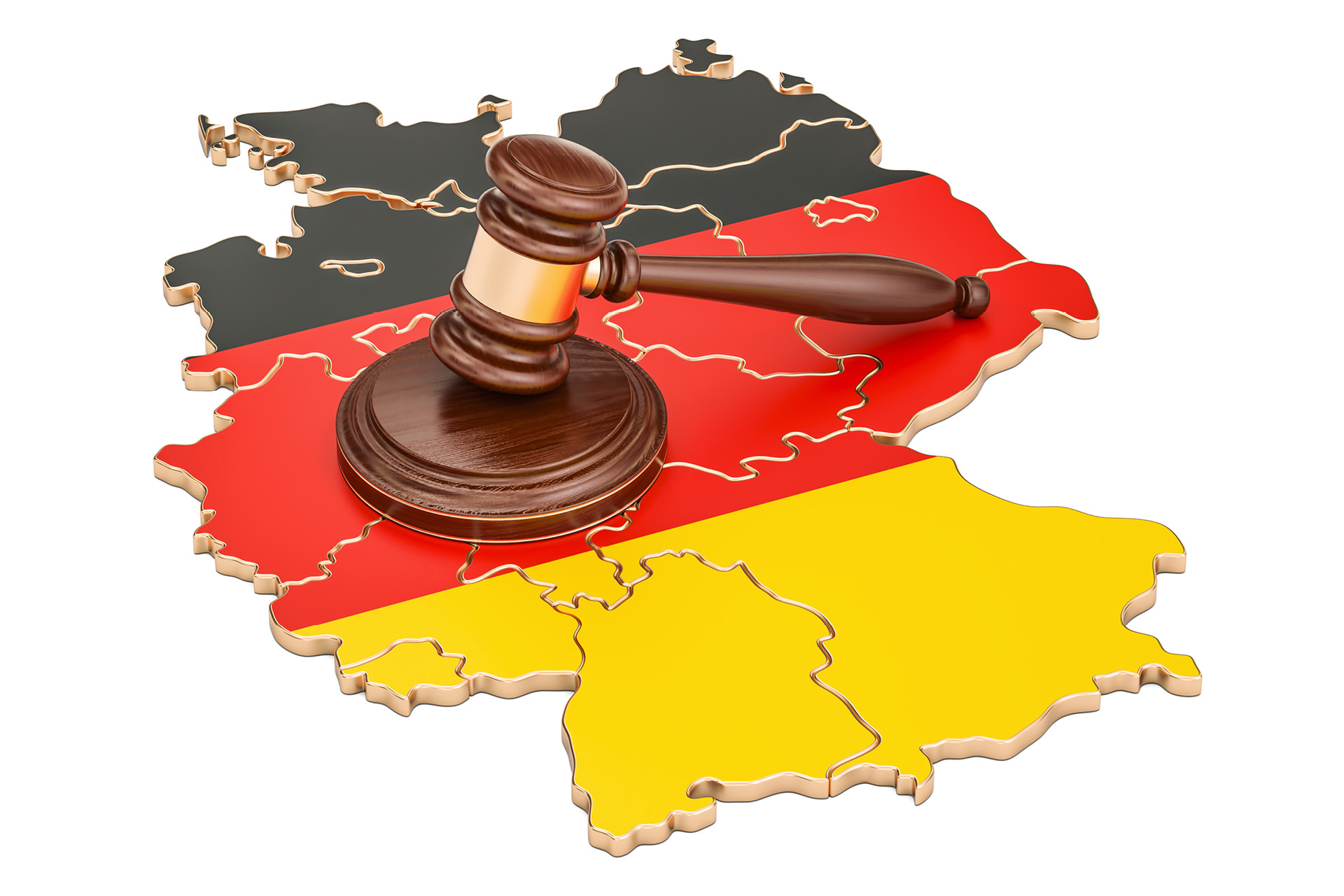 Employers in the spotlight

In late 2018, the German government released a bill for a new Skilled Migrants Immigration Law, the Fachkräfteeinwanderungsgesetz (FEG). The FEG is currently undergoing further review and is supposed to enter into force in early 2020. The FEG is also part of the agenda laid out by the government in the 2018 coalition treaty of the ruling grand coalition (item VIII.2.), as well as part of the government’s Masterplan Migration (item 43.) from July 2018. This article examines the content of the bill with a particular focus on new employer options and obligations. It also discusses the latest version of the draft law, which may see further changes in the upcoming negotiations and parliamentary process.

Purpose of the bill
The FEG aims at opening Germany more widely to skilled migrants from outside the European Union (EU) and the European Economic Area (EEA) by extending the number and scope of work permit categories, improving degree recognition processes and streamlining the immigration process overall.
The FEG is often talked about as the first-ever immigration law to be implemented in Germany. However, this is not true. The current immigration system is based on the Zuwanderunsgesetz, a bundle of immigration laws from 2004. Most of these laws are still in place today, namely the Residence Act (Aufenthaltsgesetz), the Employment Ordinance (Beschäftigungsverordnung) and the law governing EU citizens in Germany (Freizügigkeitsgesetz/EU). The FEG only makes incremental changes to the system created by the Zuwanderungsgesetz and the Residence Act in particular, which in its latest version already contains a wide range of work permit options for a variety of migrants with academic or vocational training backgrounds, as well as job seeker and student visas. Each year, tens of thousands of skilled immigrants from outside the European Union enter Germany, sometimes with their families, to start work in an interim or long-term position in a German company.

New and changed immigration ­categories
The FEG will fully open the German labor market for migrants at a vocational training level. Until now, there has been a government-defined list enumerating several dozen occupations experiencing shortages (Positivliste). This list will be abolished, as will the labor market test for any application in that category.
Also, the job – and training-seeker permit options will now be extended into the vocational training sphere. Under the new rules, job seekers with an appropriate level of knowledge of the German language will be able to obtain a visa for up to six months to find a job or vocational training position.
For university-educated migrants, things will largely remain as they were. After the FEG, IT and communication technology positions, which usually require an academic education, may also be filled with qualified candidates who lack formal education but have five years of relevant professional experience.
Other changes come for migrants with degrees who need to go through degree recognition or qualification phases. They will now be able to do so more easily from within Germany.
Overall, the labor migration system under the FEG will open every step of the pathway for migration within both tiers of the German professional system (academic and vocational training): finding education, obtaining education, obtaining degree qualification, seeking employment and being employed. The lower or unskilled bracket of the labor market remains largely closed to non-EU and non-EEA nationals, with the significant exception of the Best Friends Visa category, which determines eligibility mainly by citizenship and only to a secondary extent by qualification (the Best Friends Visa is open to about 600 million non-EU and EEA citizens, including migrants from Australia, Bosnia and Herzegovina, Israel, Japan, Serbia, South Korea and the US).

Administrative process changes
The FEG stipulates that the German statey (Länder) shall introduce at least one central immigration office (Zentrale Audsländerbehörde, ZAB) for labor migration. It is up to the Länder what number of central immigration offices they deem sufficient for their needs. The ZAB will be in charge of all employment and training-related work – permit processes in the initial stage of the application. They will replace the local immigration offices for this part of the process — however, the local immigration offices will still be in charge of all administrative acts after the initial visa process, such as family reunification applications filed at a later stage or extension of permit applications. This adds one additional authority to the process, which means more touchpoints and more time needed for communication as well as file and data transfers. In order for the ZAB to add value to the overall process in terms of streamlining and processing times, it will always have to validate its own existence. It is unclear whether this will be possible.

Role for the Federal Employment Agency
While the labor market test will play a lesser role under the FEG, the role of the Federal Employment Agency (Bundesagentur für Arbeit, BA) in the work-permit process has still been extended. Any regular work-permission approval process can be subject to a “seriousness test,” aimed at the company that has made the employment offer to the migrant. This test encompasses a whole range of quite cumbersome and rather unrefined tools, leaving the BA with a wide range of discretion. The BA will be authorized to deny a work permit application if the employer has not obeyed its tax, social security or employment-law-related obligations, as well as when the employer has ongoing insolvency issues, has not in fact managed any significant economic activity, intends to influence legal negotiations related to employment, or has only founded an entity in Germany or offered the position for the purpose of easing a foreigner’s entry into Germany. This depth of review of an employer who intends to hire a skilled migrant is new to the German immigration system and is likely to (1) produce more reporting requirements in the application process and (2) increase legal uncertainty in terms of the length and outcome of the immigration process.

Degree recognition: Fast-track process
The introduction of the fast-track visa process (Beschleunigtes Fachkräfteverfahren) is also new. In the fast-track process, the authorities involved will have legally defined processing and reply times. The fast-track process would have to be initiated by the employer in Germany and would carry a fee of €412. The employer is supposed to enter into a formal agreement with the immigration office for every specific immigration case. The immigration office must then serve as a single point of contact for the employer and organize all necessary administrative steps in Germany, such as the approval from the BA and the degree recognition authority, then give pre-approval to the relevant German embassy or consulate general for the issuance of the visa. A peculiarity of this system is that the employer is supposed to represent the future employee at the immigration office and must be given power of attorney in order to do so. The employee alone cannot activate the fast-track option. Also, the employer and the immigration office will have to enter into an agreement that has yet to be defined, part of which will include rules about consequences if the employer breaches the agreement. It appears the actions and approval given by the immigration office will not be justiciable, as its approval is not deemed to be an official administrative act but rather an internal act only. This means that should the approval be denied, there would be no direct option of appeal against the denial. Instead, the applicant would have to still apply for the visa (no longer in fast track-mode) and appeal against the visa denial decision of the office.
Looking at the fast-track process and its cost, it is also apparent that in some cases, little to no value can be added by the immigration office. In visa application cases where there is no other authority or only one further authority involved, for example, in certain EU Blue Card visa cases, there would be nothing for the immigration office to coordinate. The fast- track would only help with setting clear processing times for the visa process. Apart from that, it would simply constitute an administrative step in a process that could be dealt with by the consulate abroad on its own.
Overall, the fast track may be helpful in many cases, but it may also come with an additional administrative burden and more legal uncertainty in numerous skilled-labor migration cases. Employers must be aware that there are still other processing options available that may be quicker and cheaper.

Employers in the spotlight
In light of all this, for companies employing non-EUand no-EEA foreigners in Germany, the FEG means more visibility in connection with the immigration authorities, more compliance and more reporting rules. Making use of the fast- track option means the employer will be party to the process and may face consequences if documents and information are not submitted in due course. The new seriousness test means that any work permit application submitted to the BA grants the agency the authority to take a deeper look into the employer. At the same time, new reporting obligations will require the employer to be aware of the work permit status of their employees, as they will need to inform the immigration office regarding foreign employees who leave the company ahead of the scheduled date, whether it be due to resignation or termination of the employment.

17 replies on “Employers in the spotlight”