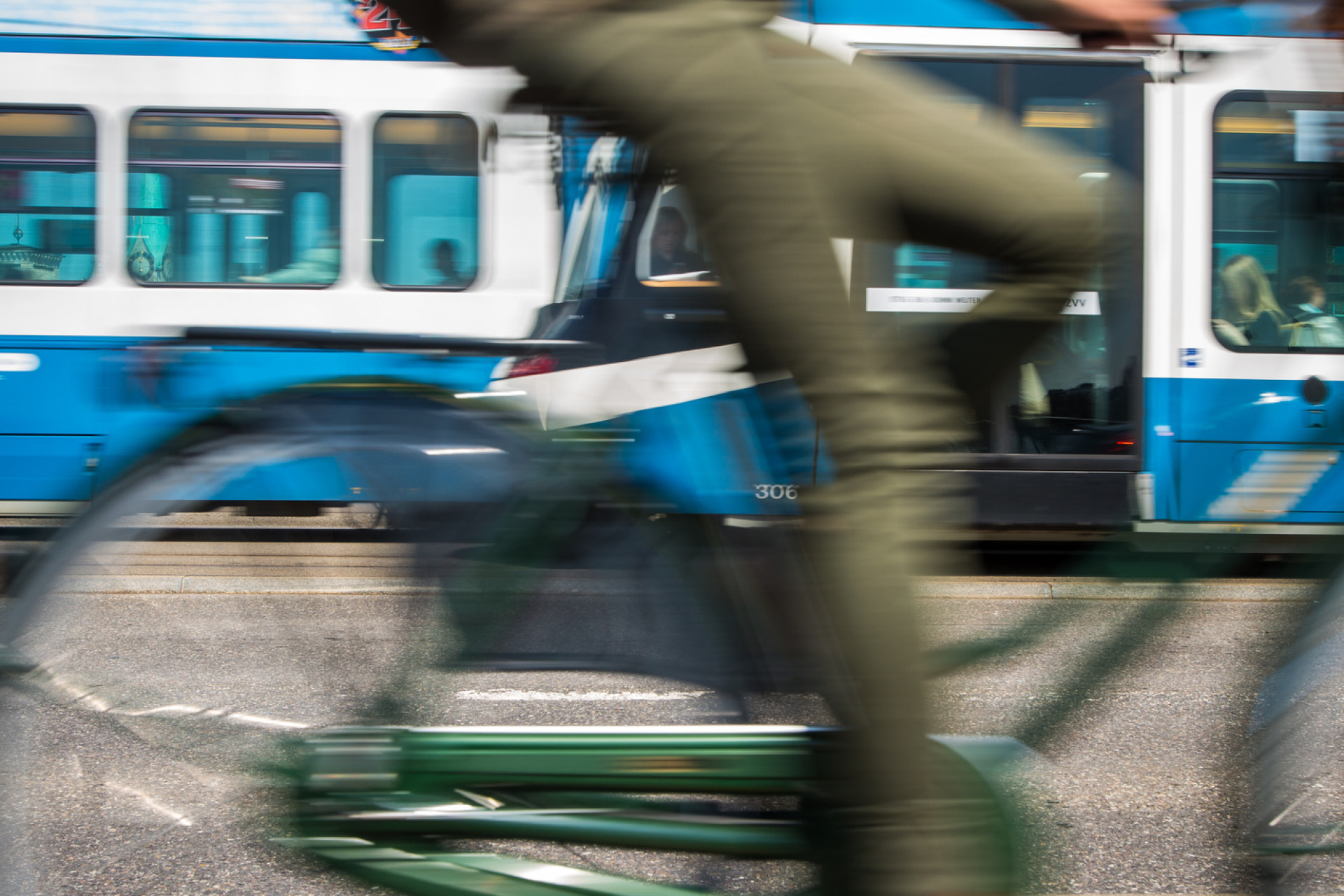 Introduction
For a long time, the courts’ answer as to when travel time must be treated as paid working time had been that travel time within the agreed upon, normal working hours generally must be remunerated, while specific arrangements in employment contracts or collective agreements were allowed. However, in instances where the working hours that were agreed upon were exceeded, the answer to the question was precisely the opposite: namely that the employer is not under anygeneral obligation to remunerate for travel time if there is no specific contractual agreement in place. In such cases, the course of action, described in section 612(1) of the German Civil Code (Bürgerliches Gesetzbuch, BGB), would apply. In its decision of September 3, 1997 (5 AZR 428/96), the German Federal Labor Court (Bundesarbeitsgericht, BAG) declared there was no general legal rule stipulating that travel time outside of regular working hours must be remunerated. What mattered was what was usually expected in such circumstances. As far as the German law on maximum working hours is concerned, this determining factor was defined by applying the Beanspruchungstheorie, demand theory which was originally developed through case law as a way of answering whether travel time , in view of the provisions regarding statutory maximum working hours, qualifies as working time within the definition of the German Working Hours Act (Arbeitszeitgesetz, ArbZG). Specifically, this theory required ascertaining whether the travel itself was as demanding and exhausting as the work normally performed by the employee.

Practical examples: Vague statements
In cases where employees were expected, for instance, to drive a motor vehicle upon instruction of the employer, an obligation to remunerate for such travel time — even if not within the agreed upon normal working hours — was considered to be the rule. If an employee was asked to take public transport but had not received any instruction as to how to use that time — for example, to study case files — the demands placed on the employee were considered not comparable to those of the employee’s normal work. Thus, such travel time would not be deemed working time within the meaning of the ArbZG. Moreover, in view of the Beanspruchungstheorie, such time would not fall within the agreed upon normal working time, and hence would not be subject to remuneration.
At the same time, exceptions to the aforementioned instances were considered. However, such exceptions were difficult to apply in practice because they lacked sufficiently clear definitions. In its decision of September 3, 1997 (5 AZR 428/96), the BAG held that the regular remuneration of employees with “above-average salaries” should also cover two hours of travel per travelling day. The Regional Labor Court of Hamm (LAG Hamm) decided (January 12, 1996: 5 Sa 1665/94) that employees could be expected to spend “a certain amount” of time traveling without compensation not only at the management level, but also “at a senior level.” Altogether, these rather vague statements watered down the original, relatively clear definition derived from the Beanspruchungstheorie of public working time law.
Given the above, the recommendation had always been that employment contracts of employees traveling regularly clearly stipulate in which cases and to what extent the time spent travelling must be remunerated. Furthermore, it had to be taken into account that what theoretically would have been legally admissible would in practice often result in employees being unwilling to accept travel time. For once, the limits of the provisions were not set by the legal framework, but rather by practical parameters, such as the adequate motivation of traveling employees.

The BAG’s recent decision
Now the BAG has created a completely new framework with its decision of October 17, 2018 (5 AZR 553/17), the grounds for which were published this year. If employers aware of the press release of October 17, 2018 still hoped that the decision could be based on particularities of specific situations, then such hopes were quickly dashed when the full statement of the grounds for the decision was issued.
In the case that led to the aforementioned decision, the BAG held that the employee was entitled to remuneration of necessary travel time as a result of the employee’s temporary transfer. The BAG specified that the contractual services as referred to in section 611a paragraph 1 of the BGB not only include the actual job activities, but also any other activities or actions required by the employer under the synallagmatic contract, provided such activity or action is directly linked to the actual job or the manner in which the job is performed. The BAG stated that if the employee had to perform the job outside the employee’s normal workplace, the journey to the external workplace formed part of the principal contractual obligations, since the economic purpose of the job activities as a whole was aimed at visiting customers at their premises to perform specific services or to arrange or transact business for the employer. According to the BAG, this must include travel to and from a certain place, irrespective of whether the journey starts and ends at the employer’s premises or the employee’s residence.
With regard to the remuneration issue, the BAG expressly rejects the application of the Beanspruchungstheorie, namely the examination of the extent to which the employee is occupied during a certain time, which originated from public working time law. The definition under section 2 paragraph 1 number 1 of the ArbZG was found to be irrelevant in terms of any obligation to remunerate travel time. Thus, the BAG completely reverses the earlier situation and rules in favor of travel time remuneration, irrespective of whether the travel takes place within or outside of the regular working time.
Note: Necessary travel time now has to be remunerated at the rate agreed to for the actual job unless another specific remuneration arrangement under an employment contract or a collective agreement applies.
However, the BAG allows travel time arrangements that would exclude travel time remuneration, provided the minimum wage that employees are entitled to under section 1 paragraph 1 of the German Minimum Wage Act (Mindestlohngesetz, MiLoG) is guaranteed for the entire duration of the job activities (including travel time). In principle, the BAG now assumes a general statutory obligation to remunerate for necessary travel time and only allows specific exceptions, irrespective of whether the travel time goes beyond the regular working hours. There were no such exceptions in the situation on which the court ruled. The case was referred back to the Regional Labor Court for the sole reason that the BAG had been unable to decide whether all time needed to be remunerated in this particular case. The claimant had, at the claimant’s own request, opted not to use a direct economy class flight, but instead an equally expensive business class flight, which meant a detour and thus more time spent traveling.
The BAG eventually worked out in detail that the necessary travel time mandatorily included time spent on activities related to the journey, such as time spent traveling to and from the airport, check-in time and baggage retrieval time. According to the BAG, travel time does not include 1 everything and on this issue, the claimant’s statements are very revealing 1 , including suggestions regarding the time for packing a suitcase or taking a shower.
In the specific case, no decision had to be made as to whether spared commuting time from the residence to the regular workplace may be deducted, as this was not an issue here. However, according to BAG’s relevant considerations, such deductions remain admissible.
In terms of the burden of proving the necessity of travel time, the BAG concludes the decision with the statement that if the employer specifies the means of transport and the itinerary, the employee fulfills his or her burden of proof, as this constitutesgiving a detailed account of the time spent meeting the specified requirements. It will then be the employer’s responsibility to present facts demonstrating that the time claimed by the employee was not required. If the employer leaves the employee a choice with regard to the means of transport and/or the itinerary, it would be the employee’s responsibility to present the facts leading to the necessity of the times spent.
Practical advice: Due to the reversal of the principles regarding the obligation to remunerate travel time, leading to a situation where all necessary travel time must now normally be remunerated, an arrangement regarding the scope and amount of such remuneration should be agreed upon employees who travel frequently, as it is still possible to stipulate specific regulations.

17 replies on “Changing the rules”