Reasons behind the envisaged changes
The order books are full” is a sentence often used to describe Germany’s current economic situation; German companies and entrepreneurs are in no position to complain about a lack demand. On the contrary: Business is flourishing.
However, in order to meet these demands and maintain a good level of economic growth, companies need something essential: an adequate workforce. Considering the current low unemployment rate and the decrease in free movement of workers within the EU, the German government is looking to third country nationals to satisfy the demand for a skilled labor force and meet the needs of the economy.
Moreover, looking beyond these short-term catalysts for an uptick in demand for labor, it is also important to note that Germany is facing a negative demographic trend. As a result, the country will also need more skilled workers and taxpayers in the long term.
In order to accelerate foreign labor recruitment, the three competent ministers for the issue — Horst Seehofer (Interior, CSU), Peter Altmaier (Economy, CDU) and Hubertus Heil (Labor, SPD) – ­announced a reform of the current German immigration law system. The ministers announced a set of measures to improve Germany’s attractiveness in the eyes of skilled and qualified workers coming from third countries. In an “Eckpunktepapier,” the government identified five key objectives (Eckpunkte) that must be pursued and implemented. These measures notably include a legislative reform package.
The legislative proposal, which will be shaped around these five primary goals, is currently in preparation. It is expected to be presented before the end of the year, presumably near the end of December.
The German government argued that a reform is necessary to safeguard and expand the country’s skilled labor force, which in turn is needed to support economic growth and maintain Germany’s reputation as a strong and competitive location for businesses. This reform focuses on building up a skilled workforce, consisting of university graduates and highly qualified specialized workers with vocational training. The reform will also have a considerable impact on the stability of the German social system.
The initial focus will be on highly skilled workers. These workers can be sorted into three different categories: domestic locals, Europeans and third country nationals. Different measures will need to be adopted for each of these three categories, as each presents different challenges and represents a different legal status.

The five key objectives are as follows:

These points are presented as complementary and integrally related to each other. It is considered crucial to implement each of them in parallel to guarantee that the reform is successfully implemented.

How to pursue the key objectives concretely

First, it is important to note that the reform will affect many sensitive areas, such as education (recognition of diplomas obtained abroad, for example) and digitalization. As is widely known, the latter is a major subject within many current political initiatives, stretching far beyond immigration-related issues.
One fundamental aim is the establishment of a more understandable and well-defined legal framework. The reform should create a system in which the identification of third country nationals coming to Germany for work or training purposes is clearer and more ­comprehensible.
Ideally, every time a company has a job vacancy requiring a specific qualification, this vacancy should be easily accessible to all who possess the required ­qualification.

Transparency is a primary issue

Moreover, according to the paper, it should be easier to obtain a job seeker visa. The prerequisites will be qualifications founded on the successful completion of education or training and a certain level of German language skills. Social benefits are not available during the job search.
Another important element of the reform is the elimination of the priority check principle. Currently, third country nationals are only able to access the German labor market if the Federal Employment Agency has previously identified a market need. These kinds of restrictions would be eliminated; anyone with qualifications founded on the completion of vocational training or a degree and has signed an employment contract would be allowed to fill a position.
At the same time, however, the reform would protect local German workforces by creating an option to reintroduce and apply the principle of the priority check, especially in regions where above-average unemployment is registered.
To increase transparency, rules regarding the immigration of highly qualified and skilled persons must be mapped out in a more structured, standardized and simplified manner. The system should be able to offer concrete, clear and reliable information to professionals coming from abroad about their actual chances and prospects in Germany.
Moreover, further structural simplifications will need to be introduced concerning the right of residence. It will be necessary to adjust definitions, procedures and responsibilities.
In order to make Germany more attractive to highly skilled and qualified professionals from abroad, the reform should ensure that the process of recognizing professional and academic qualifications flows as quickly and easily as possible.
In cooperation with the federal States, the recognition process for vocational qualifications should be further developed. It should become even more efficient, especially through bundling and centralization.
Information services for professionals interested in working in Germany will need to be improved. Counseling services for interested parties abroad will also be expanded.
Recruitment tools already in existence should be improved. It is seen as crucial that Germany invests in new means of attracting skilled professionals as well as in marketing, where new strategies should be implemented. For example, a demand-oriented and targeted advertising strategy will need to be developed more in-depth. The reform emphasizes the establishment of the recruitment tool “training abroad,” which encourages settling partnership agreements with third countries and universities abroad, allowing third country nationals to be specially trained in Germany.
The existing official information portal www.make-it-in-germany.com should be expanded, as should a joint project from the Ministry of Economics and the German Chamber of Commerce and Industry Network, “Ausländische Fachkräftepotenziale erschließen und Willkommenskultur schaffen” – developing foreign skilled worker potential and creating a welcoming culture. This project is currently being used to plan measures for the targeted recruitment of skilled workers.
Support for learners of German should be intensified. The Goethe-Institut should be bolstered and further promoted, especially for work-related courses. More exchange programs and initiatives that involve schools, such as the existing “Study Bridge” program, should be provided for by the reform.
Faster and more efficient procedures are seen as synonymous with digitalization. The reform should provide for digitalization of administrative procedures (concerning visa procedures, for example). The paper particularly stresses the need to invest in digital infrastructure and e-government. Digitalization can also be an added value for the entire administrative system at the national level, not only in the area of immigration of third –­ country nationals.

Challenges likely to arise in connection with the new reform will need to be considered. The paper indicates that the government does not want unqualified third-country nationals to immigrate to Germany. The government wants to ensure by means of clearly stated criteria that the rules cannot be abused. This kind of abuse is of a very sensitive nature and difficult to prevent with legislative reforms alone. The abuse of a law is, by nature, a problem that only a case-by-case approach can detect and address. Bearing this in mind, the scope of the reform will need to be carefully defined, and it will need to be formulated as precisely as possible.
Massive initiatives can unfortunately be a catalyst for hate within society, which is extremely dangerous everywhere. How­- ever, this danger cannot be counteracted by legislative reforms alone; this kind of change depends on long-term cultural processes. It is impossible to imagine a single legal reform significantly impacting this problem.
On the one hand, it is important to attract workers who represent an “added value” for the labor market. On the other hand, it is effectively impossible for a country to only allow highly qualified migrants to enter its national system. Moreover, as the paper takes into
account, the challenge of integration remains. For this reason, all actors involved, starting concretely with the German companies hiring foreign nationals, will need to play an important and active role in allowing their foreign workers to integrate and improving their capacity to do so.
Another challenge will be to deter “social dumping” of highly qualified workers. Attracting highly qualified and trained workers should not mean that companies are able to pay less to employees coming from abroad.

It is indeed too soon to properly evaluate this potential reform’s ability to help Germany concretely pursue and realize the reform’s ambitious goals. However, the government’s willingness to attract and better regulate a workforce coming from abroad cannot be underestimated, and it has already been welcomed as a smart political choice.
In particular, the German business community has reacted positively to the paper, emphasizing that the five objectives it describes are crucial to guarantee that Germany maintains its economic competitiveness. 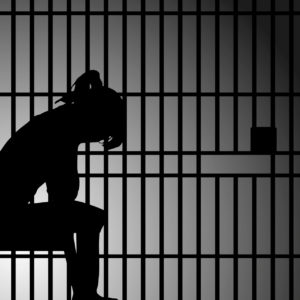 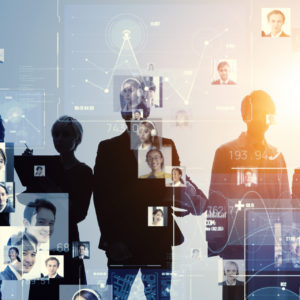 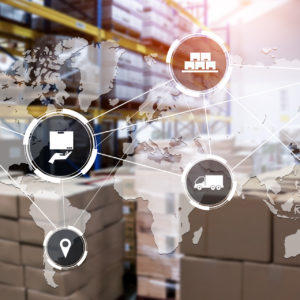