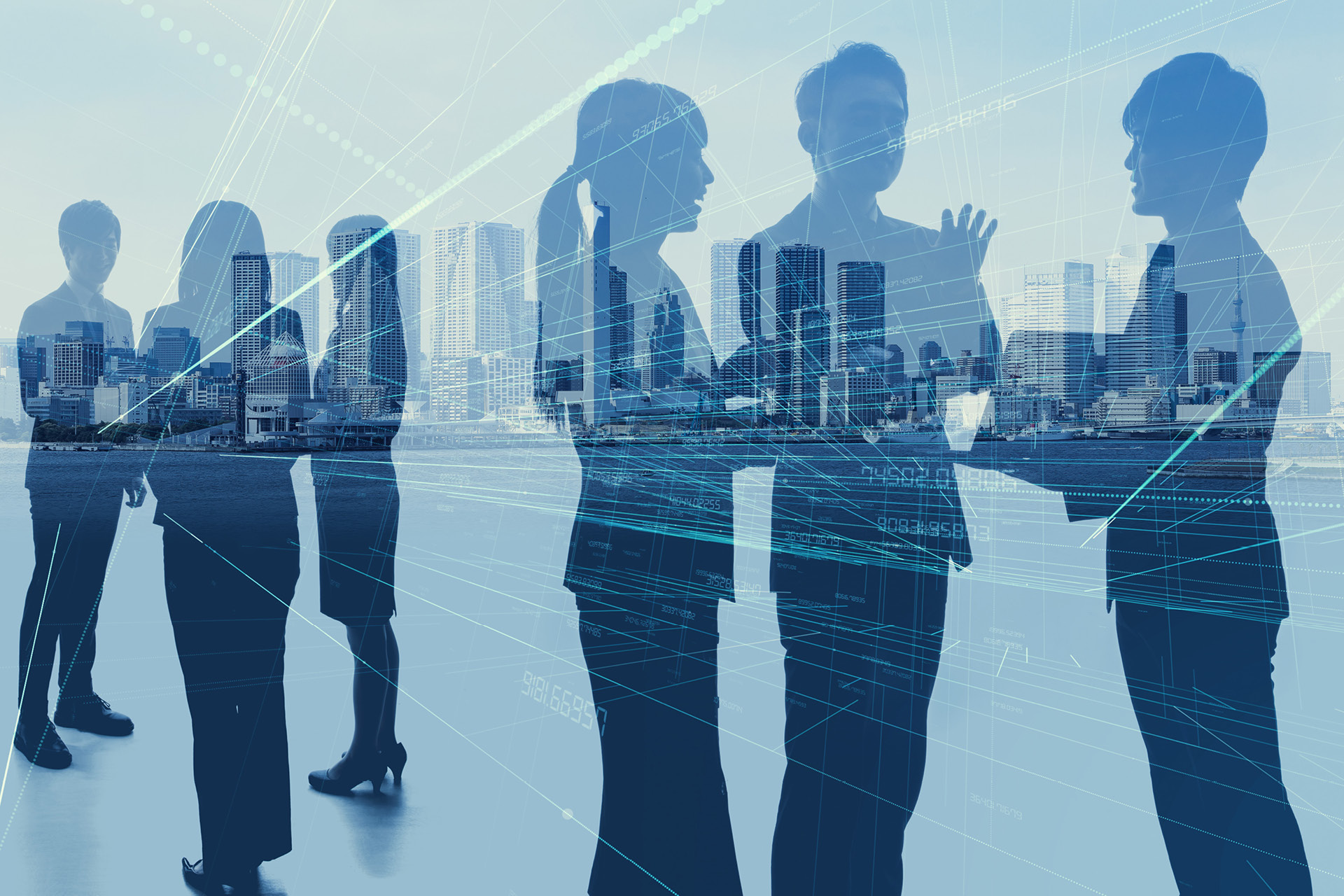 Start LaborLaw LaborLaw - Archive A European journey in a nutshell

A European journey in a nutshell

Flexibility in employment relationships in Germany and eastern Europe

In Europe, the need for flexibility in employment relationships is great — especially since the advent of digitalization. Remote working options in particular have gained popularity in recent years. Offering prospective employees the opportunity to do some of their work remotely is perceived as a way to attract candidates — especially highly-skilled professionals — and as a chance to get an advantage over competitors. The most significant barriers to remote working are legal restrictions and the mentality of employers. Most employers who are reluctant to let their staff work outside the office are afraid of forfeiting supervision over their employees; they doubt remote employees will work at the same level of quality and efficiency as those who can be observed by a manager. In various EU countries, legislation currently does not fully address business needs, therefore changes are required. Although remote working is not yet expressly regulated within these various legal frameworks, an increasing number of companies are introducing internal policies on their own to allow for such an option. To safeguard an employer’s interests and mitigate risks, the introduction of this kind of policy is a must — otherwise the company may face liability for work-related accidents or overtime claims that would be difficult to verify.
But remote work is only one of the topics within this ongoing discussion. A few other subjects worthy of mention include the possibility for an employee to reduce or increase their working hours for a set period and the measures taken by legislatures to prevent repeated fixed-term contracts. This article should give an overview of current developments in labor law throughout the EU regarding flexible working hours and flexible work models.

Czech Republic: Need for change
In general, employment relationships in the Czech Republic are mainly governed by the Labor Code. The parties to the employment contract are free to agree on the place or places of work where the employee shall carry out the tasks they agree on. The percentage of employees able to work remotely has increased steadily over the years and currently lies at 9.1%. Despite the popularity of remote working, current legislation fails to provide relevant rules and thus prevents this sphere from developing more rapidly.
The current legal framework in the Czech Republic only provides rules regarding remote working within a limited scope. It only concerns employees who schedule their working hours independently of their employer subject to pre-arranged conditions. More often, however, the employer expects employees working remotely to be available during certain hours (usually office hours).
In 2017, the Czech government was considering a fundamental amendment to the Labor Code. The various changes were related to terms of remote working, allocation of expenses and the regulation of working time. Under the amendment, the employer would have been responsible for direct expenses incurred by the employee on a regular basis. The employer would also have been responsible for securing the right equipment to enable the employee to work remotely (a laptop, for example), including the installation and maintenance of such equipment. Other changes concerned the organization of work, including that an employee’s management of his or her working hours would be subject to the agreement between parties.
Unfortunately, due to governmental changes in 2017, this proposal was not implemented. Current legislative proposals do not include any of the aforementioned changes.

Poland: Remote working as a benefit to attract candidates
Remote working options were introduced in Polish labor law as early as 2007 but have only gained popularity in recent years. According to various research studies, at the end of 2018, 21% to 32% of the workforce had the option to work from home. Employees in Poland became true enthusiasts regarding the home-office arrangement—over 76% affirm they would opt for remote working if a cooperation model of this kind were offered by their employer.
Currently, the Polish Labor Code provides only for teleworking, where the employee works remotely on a daily basis (either from home or from another location of the employee’s choice). In order to introduce telework, generally employees’ representatives (trade unions or representatives appointed specifically for such consultations) need to reach a special agreement with the employer, and a special clause on teleworking needs to be incorporated into the individual employment contract. The obligation to negotiate a teleworking policy with trade unions often discourages employers from introducing remote working options. However, currently it is admissible to let an employee telework upon his or her individual request, even if an agreement with an employees’ representative has not been concluded.
It is worth mentioning that Polish law provides for a kind of “probationary period.” If the parties agree to a teleworking model but this proves unsatisfactory for either of them, either party may demand to restore the office-based work arrangement. If the employee files such a request, the employer is not permitted to terminate the employment only on the grounds of this change.
In 2018, the Polish government contemplated introducing significant changes to the Labor Code, including some related to occasional remote work, but the bill has not even been taken into consideration by Parliament.
Currently, it is common practice in Poland for employers to introduce options regarding occasional remote work in their internal regulations.

Germany: “Bridging part-time” employment and other updates to labor law
Germany’s Federal Ministry of Labor apparently has plans for a law that would give employees a legal right to home-office work. According to those plans, companies must either allow employees to work from a home office or justify why, in their company, home-office work is not possible. For now, a legal right of this nature only exists in Germany in cases where it is absolutely necessary according to the employer’s duty of care and the constitutional protection of marriage and family — however, the hurdles are enormous. Otherwise, remote work depends on individual arrangements in employment agreements or has its basis in collective bargaining agreements.
Until recently, employees in Germany only had the right to have their working hours temporarily reduced in limited circumstances. Because the law did not grant employees the right to return to their original working hours, employees often hesitated to apply for a reduction in working hours in the first place. As of January 1, 2019, employees in Germany are now entitled to reduce their working hours for a period of one to five years, then return to their full-time model without the need to provide justification for these changes. This “bridging part-time employment” (Brückenteilzeit) applies to companies with more than 45 employees.
On June 6, 2018, Germany’s Federal Constitutional Court (BVerfG) overturned controversial case law from the German Federal Labor Court (BAG) on fixed-term contracts. To prevent repeated fixed-term employment, the German law states that fixed-term employment without justification is only possible if the employee was not previously employed by the same employer prior to the fixed-term employment. The BVerfG declared the unrestricted prohibition on fixed-term employment agreements without objective justification to be constitutional. Exceptions are only permitted in a limited number of cases — specifically, cases where the previous employment relationship took place in the distant past, was of a completely different nature or lasted a very short time (for example, student jobs).

Hungary: New rules regarding overtime and reference periods
In Hungary, the current discussion about flexibility in employment relationships mainly focuses on the Hungarian Parliament adopting a modification of rules specified by the Labor Code regarding the maximum amount of overtime and the maximum length of reference periods, effective from January 1, 2019. The changes have been labeled “slave law” by critics and are hotly debated from both social and legal perspectives.
As a general rule, employers can demand overtime of up to 250 hours in a year. If a collective bargaining agreement (CBA) is in force at the employer, overtime can be capped at 300 hours per year. According to the amendment, if the employee and the employer agree in writing, an additional 150 hours of overtime can be demanded beyond the 250-hour cap. If there is a CBA, a maximum of 100 hours can be demanded beyond the 300-hour cap. Although the increased overtime rules sparked criticism in Hungary, the 400-hour cap is in line with relevant EU laws and not unique in the EU, especially compared to other central and eastern European countries.
Additional overtime beyond the 250-hour annual limit (or 300 hours if a CBA is in force) can only be demanded if the employee and employer freely agree on this in writing. One of the debated issues concerns whether an employee’s freely given consent is possible in an employment relationship, given the imbalance of power. Critics fear employees may be forced to sign increased overtime agreements, therefore we expect the Labor Inspectorate will closely monitor the lawfulness of such agreements.
Another hotly debated topic right now is the extension of reference periods. A reference period is a period set by an employment agreement or CBA over which weekly working time can be averaged. As a general rule, a reference period can last a maximum of four months. According to the amendment, a CBA may specify a maximum reference period of up to 36 months, provided that objective technical or organizational reasons necessitate this. For comparison, the maximum reference period does not exceed 12 months in almost all other EU countries. In light of this, the Hungarian regulation of the maximum reference period is exceptional and allows employers to significantly extend the period over which working time can be averaged.

20 replies on “A European journey in a nutshell”