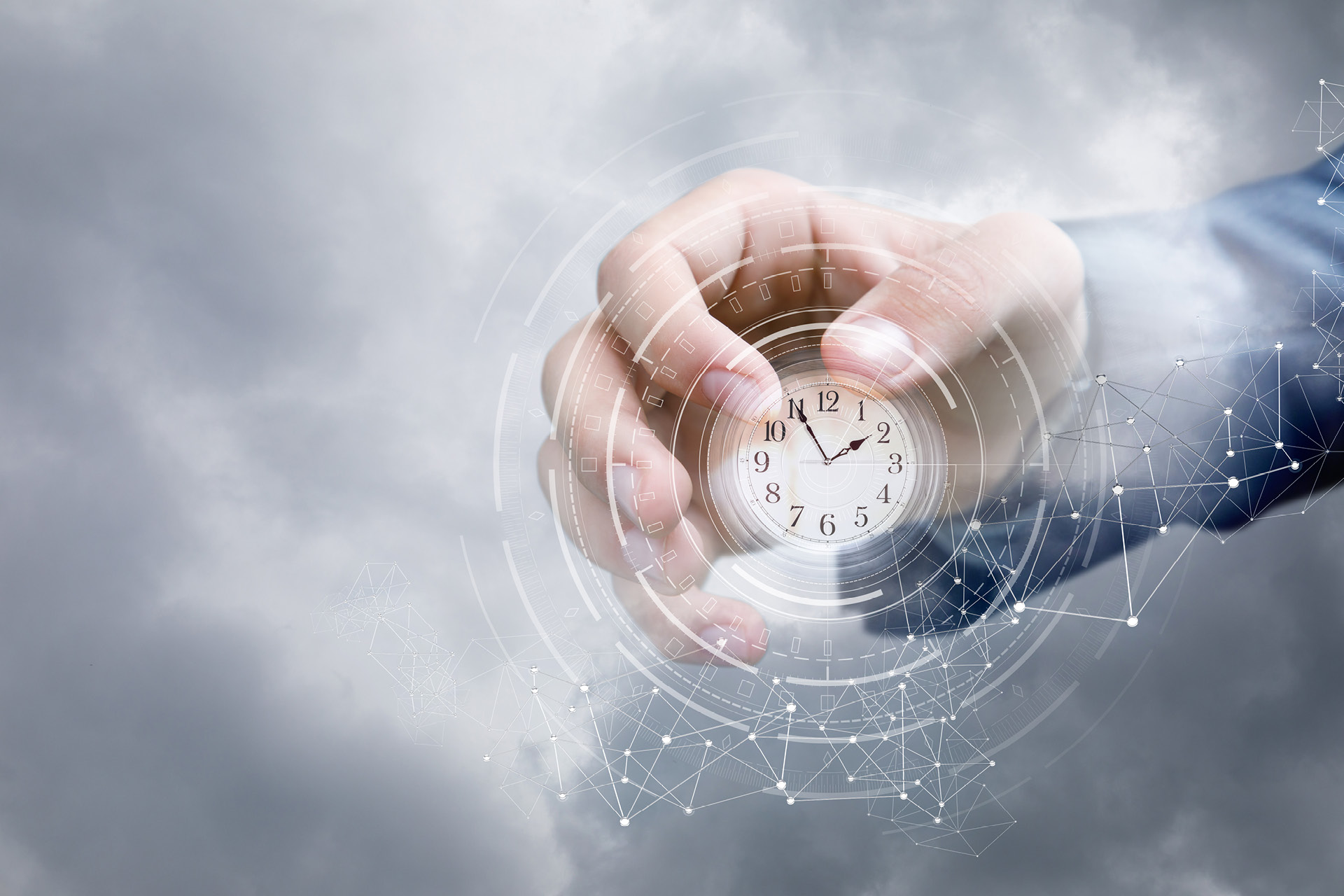 Short-time work as a response to declining utilization of full employee capacity
Over the past several months, there have been more and more reports that the number of orders is significantly declining in some industries, including the automotive, mechanical engineering, chemical and textile industries. Some important businesses have reported that either shortened work hours or layoffs may be inevitable for this reason. In addition, the ifo Institute predicted that German industrial enterprises should expect a clear increase in short-time work in the coming months.

Though short-time work has recently been “dormant” as a result of the excellent economic situation and the consequent state of the labor market, this instrument for cost reduction is rapidly coming back into focus for businesses and the public.

Concept and purpose of short-time work
Short-time work is an instrument of employment policy to prevent employers from being forced to dismiss their well-trained, experienced and qualified workforce when the capacity of their existing employees is currently being underutilized.
Following the introduction of short-time work, the working time and wages of employees in an enterprise are reduced. This loss of earnings is partially compensated for by the German Federal Employment Agency (Bundesagentur für Arbeit) by means of allocation of a short-time working allowance. By choosing this option, employers reduce their personnel costs and are able to avoid the frequently high cost of severance pay and subsequent re-employment.
Short-time work gained in importance enormously during the economic crisis that unfolded in the wake of the financial crisis that started in the second half of 2008. At that time, however, the conditions under the existing legal framework were clearly improved in favor of employers for a temporary period. As a result, when short-time work was introduced, the framework facilitated a higher level of flexibility and greater cost relief for employers. At its peak, approximately ­­ 1.5 million employees were on short-time work contracts, while at present approximately 50,000 employees work short-time.

Qualifying conditions for short-time working allowance (section 95 and after of the German Social Code Book III)
For employees to qualify for a short-time working allowance, there must be a loss of work resulting from economic causes or an inevitable event. This is the case, for example, when the number of orders placed at a business declines or customers are lost.
However, it is always required that the loss of working time is only temporary. This requirement is met if it is anticipated with a certain level of probability that employees will be able to transition back to full-time work in the foreseeable future.
Furthermore, it is not permissible for the loss of working time to have been avoidable – that is to say, the employer must have taken every reasonable precaution to prevent the loss of working time.

The loss of working time must also have reached a minimum level. This means that in a calendar month in which short-time work should take place, at least one-third of the employees working at the business must be affected by a loss of wages amounting to more than 10% of their monthly gross earnings.

The maximum eligibility period for short-time working allowance is ­ 12 months.

On the basis of various collective bargaining agreements, a collectively agreed upon surcharge on the short-time working allowance also has to be paid. One example of such a collective bargaining agreement is the Collective Agreement Concerning Short-time Work and Employment concluded between the Federation of the Metal and Electrical Industry of Baden-Wuerttemberg (Verband der Metall- und Elektroindustrie Baden-Württemberg e.V.) and the Metal and Engineering Workers’ Trade Union (Gewerkschaft IG Metall) in 2012. In this agreement, it is regulated that in cases of a reduction in the employees’ monthly gross remuneration due to short-time work, in addition to the reduced monthly earnings and the short-time working allowance, the employer must also grant the employees a surcharge. This surcharge is calculated on the basis of the difference between, on the one hand, the sum of the actual monthly net remuneration during the period of short-time work plus the short-time working allowance, and, on the other hand, a certain percentage of the full net remuneration. This percentage varies depending on the percentage of earnings lost. In case of a loss of earnings totaling up to 10%, for example, the percentage for this calculation amounts to 97%. In case of a loss of earnings of more than 80% as a result of short-time work, it amounts to 86.5%.
Even if no collective bargaining agreement of this kind applies at the business concerned, in the event of an introduction of short-time work, the employment costs are never reduced to the same extent as the working time due to social insurance contributions.
In cases of reduced working time, a linear reduction in personnel costs is possible on the basis of various collective bargaining agreements, for instance in the metal industry. The Collective Agreement Concerning the Safeguarding of Employment in the Metal and Electrical Industry of North Rhine – Westphalia of May 24, 2012, for example, provides for a reduction of working time in cases of temporary employment problems for the sake of preventing dismissals for operational reasons, in accordance with the respective works agreement. Consequently, weekly working hours can be reduced uniformly for all employees or for parts of the business, though only to a level ranging between 30 and 35 hours. The working time can thus only be reduced by one-seventh, which in many cases is insufficient for handling the company’s economic situation.

Actual legislative proposals
The economic downturn in 2019 also did not escape the notice of politicians. Federal Minister for Employment, Hubertus Heil, intends to respond to this increasingly difficult economic situation by providing new rules concerning short-time work and promoting further training by the Federal Employment Agency (Bundesagentur für Arbeit). ­ Heil wants to submit a draft of an “Act on Tomorrow’s Labor” in September. The subject matter of this act should consist, among other things, of crisis-related provisions that allow the short-time working allowance to be paid more quickly and in a less complicated manner. This is obviously intended to help industry revert to tried and tested instruments of the 2009 economic crisis. At that time, the government determined that for a temporary period, 50% – and in cases of further training during short-time work, even up to 100% – of the additional social insurance payments made by companies for short-time work would be refunded. During that period, proof of a loss of earnings for more than 10% (rather than 30%) of employees was sufficient to qualify the company for this governmental assistance. Further training measures for employees during the period of short-time work were also largely supported.
As in the former time of economic crisis, the new rules will also provide for a short-time working allowance eligibility period exceeding 12 months. In addition, access to short-time working allowance will be facilitated for employees in transfer companies. The Federal Minister is also considering further developing the Qualification Opportunities Act, which has only been in force since the beginning of 2019. The act grants more employees access to state-subsidized further training opportunities than has hitherto been the case.

Conclusion
The labor market policy instrument of short-time work will continue to be very important for preventing layoffs in times of economic downturn. However, as a cost-saving instrument, it is only partially effective, since the additional social insurance payments related to short-time working allowance make linear cost reduction impossible. In cases where employers have a collectively agreed upon obligation to make additional payments on top of the short-time working allowance, this is even more true. Since a company’s total personnel costs are generally not reduced in proportion to the loss of working hours, the costs per hour worked rise the loss of working hours escalates. In addition, unit labor costs at manufacturing companies are increasing.

The employment minister’s initiative is to be welcomed. It remains to be seen how the regulations will be drafted in detail.
However, we must not forget that if structural adjustment measures become necessary at a business to safeguard its existence or improve its economic situation in a sustainable way, short-time work is not a reasonable and appropriate solution. In such a situation, making use of a short-time working allowance would likely only delay necessary steps and thus contribute to a worsening of the economic situation. In such cases, fundamental restructuring measures combined with a reduction in employment could hardly be avoided. 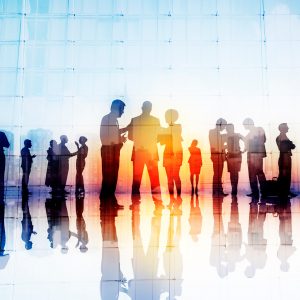 LaborLaw
Crowdworking Goes to Court Work 4.0 on its way to the Federal Labor Court weiterlesen 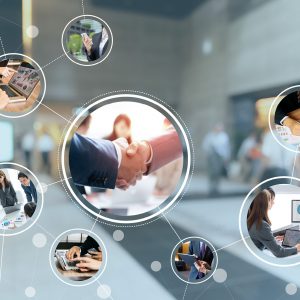 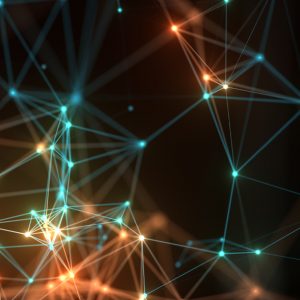