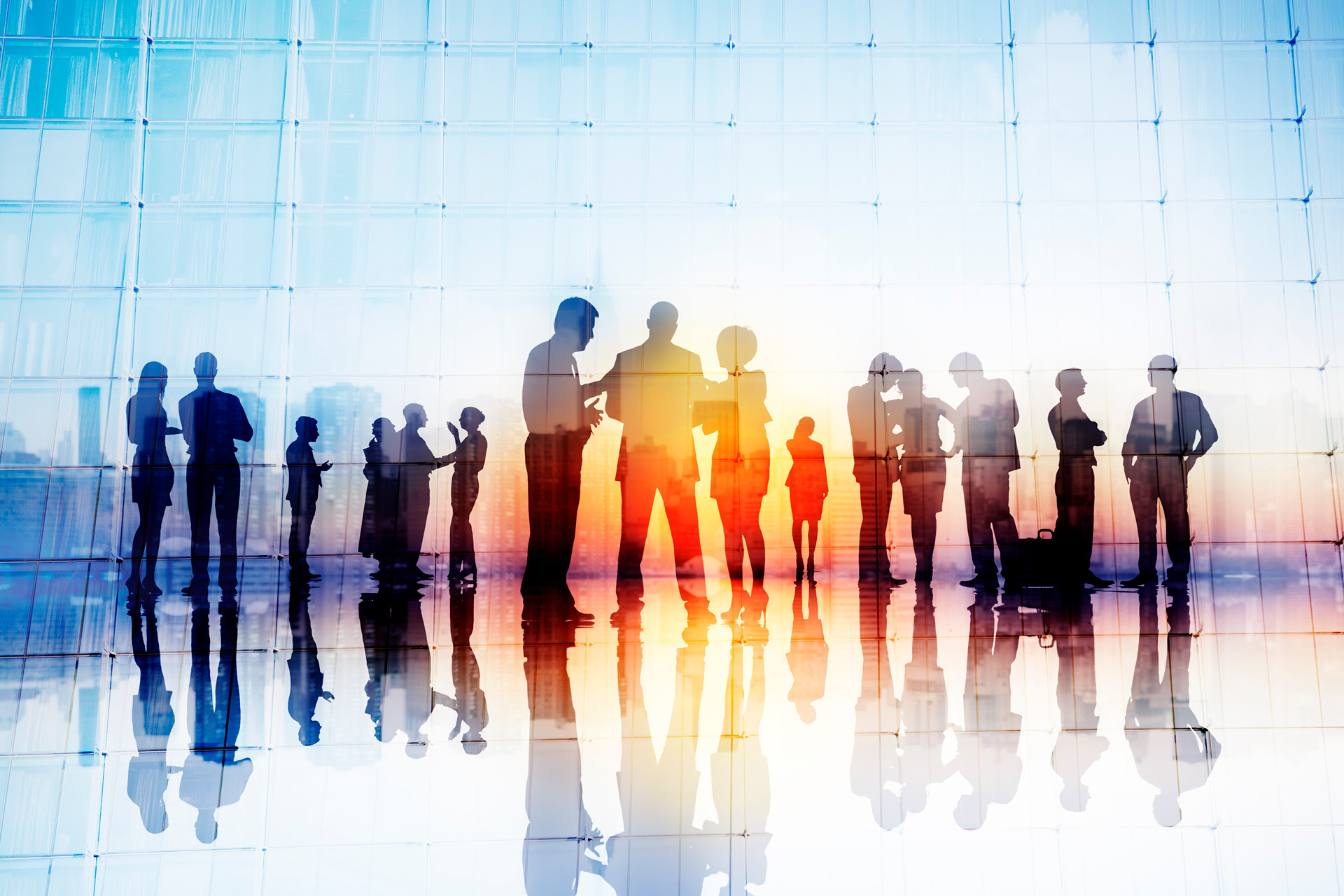 Work 4.0 on its way to the Federal Labor Court

The “hidden jewel” of Work 4.0, crowdworking, which has most recently been the subject of decisions in the lower courts, is now on its way to the Federal Labor Court. The ongoing litigation goes to the very heart of Work 4.0, and specifically deals with the with the question of whether our employment law is able to provide appropriate answers to the challenges of the modern world of work. The court rulings to date give reasons for optimism.
Work 4.0, Legal Framework 3.0?
One may welcome or lament it, but it cannot be stopped. The often-used number 4.0 shows that the driving forces of today such as digitalization and the increasingly less clearly defined living situations in society are sure to fundamentally and permanently change existing employment concepts. The first harbingers of this change have already been given names and definitions: agile working, scrum, interim management, on-demand economy, micro-jobber – all terms that signify innovative employment concepts and which, at the least, include a flexible use of freelancers. The hidden jewel is crowdworking, a form of work that, according to the latest figures, is already being used by just under 5 % of the workforce in Germany (and trending upwards), in which the driving forces of today’s world of work more or less culminate. In short: self-employed crowdworkers – in some cases spread across the entire globe – provide individual (customized) services that are offered, coordinated and administered in various forms via digital platforms.
The problematic issues for employment law are hard to overlook. As is widely known, whether or not a person is integrated into company processes and the extent to which they are subject to instructions regarding their work has remained the focal point of the distinction between employment relationships and independent freelancers even since the introduction of Sec. 611a German Civil Code (see the case law of the Federal Labor Court, such as the judgment of April 17, 2013 – 10 AZR 668/12). Whereas direct control via instructions was previously required to coordinate and merge various work areas into a joint work product, today’s crowdworkers enjoy a range of new freedoms, but are also burdened by indirect control mechanisms that can range from reputation and feedback processes to not being taken into consideration for follow-up contracts.
Given this situation, it of little surprise that a legal debate surrounding Crowdworking & Co. has ignited and has since made its way to the courts. The Local Labor Court of Munich (judgment of February 20, 2019 – 19 Ca 6915/18) and the appeals instance at the Superior Labor Court of Munich (December 4, 2019 – 8 Sa 146/19) have now found initial solutions.
The facts of the case are easily stated: The defendant, a crowdworking platform, carries out merchandise presentation monitoring at retailers, including for brand-name manufacturers. The execution of a basic agreement is an entitlement to take on jobs offered on an Internet platform via an app, which are shown for a selected radius of up to 50 kilometers and must be completed within two hours in accordance with specific material requirements. Aside from this, there are no timing or location requirements, and the use of one’s own employees is allowed. As is normal for crowdworking, there was neither a duty to accept nor, conversely, a duty to offer jobs.
Both court instances applied the criteria for distinguishing between employees and freelancers as developed by the case law and confirmed in Sec. 611a German Civil Code, and came to the conclusion that this was an independent service relationship, at least on the basis of the basic agreement. The primary decisive factor here is the circumstance that the plaintiff can accept or reject jobs at will and that such a “freedom to decide how time is used” is “absolutely unusual for an employment relationship” in the words of the Local Labor Court (see Local Labor Court of Munich, op. cit., 14). Furthermore, although there were certain material requirements, they were owing to the nature of the job, and the crowdworker enjoyed numerous freedoms regarding time, location and content that are atypical for an employment relationship. In addition, the structured communication via the app did not result in a sufficient integration into the business, at least if and to the extent that there was no coordination with other freelancers or office staff.
One should note, however, that those comments – owing to the details of the case at hand – merely deal with the contractual relationship as based on the basic agreement. The courts expressly leave unanswered the question of whether each click on a job would form a temporary employment relationship. In addition, a second appeal to the Federal Labor Court was allowed.

Evaluation & Outlook: The Laws as a Starting Point
This sensible handling of the case law gives reason for hope, and other court decisions have gone in this direction as well, such as the Superior Labor Court of Hesse in the most recent case related to bus drivers hired via a crowd platform in which an independent service relationship was assumed on the basis of the familiar differentiation criteria, even if one deciding factor for that decision was that the business relationship of the already retired bus driver was limited to just a few days (Superior Labor Court of Hesse, judgment of February 14, 2019 – 10 Ta 350/18). This applies particularly for the increasingly heated debates surrounding the risks and (alleged) precarity under new work models, which virtually ignore the acquired freedoms and opportunities of these new employment concepts. The issue, of course, is to not conceal the risks and to eliminate the “bad apples”, while on the other hand also maintaining a clear vision. The existing legal order provides more guidance on this than many would have you believe.
This starts by reading the law and distinguishing between the various levels, particularly between those of employment and social security law. Sections 611a German Civil Code and 7 (1) Social Code IV provide two different references. Although they show that they have borrowed from one another (see particularly Sec. 7 (1) Social Code IV), they also allow for a divergent perspective in light of their different legal areas and the objectives of those legal areas. This means, for instance, that, because a crowdworker may accept or reject jobs at any time, he always has the power to make arrangements over the use of his work ability (using this, for instance for ongoing travel). Therefore it only seems logical that these freedoms mean that the typical employee rights that result from an ongoing, dependent relationship, do not apply. Furthermore, this will be the case irrespective of whether or not there is a basic contract or a single click; this cannot lead to any other result. Other standards may apply however, for social security law, where the focus is on economic safeguards against the normal “risks of earning a wage”. Here, the Federal Social Court has gone down other, similarly positive, pathways with its reliance on the level of compensation as the decisive, defining criterion (Federal Social Court judgment of March 31, 2017 – B 12 R 7/15).

In General, No Employment Relationship
The cited rulings are to be welcomed. In some cases, one could well hope that the labor courts would provide legal policy guidance on this issue – as is evidently what is sought by the plaintiffs of master actions; the (invalid) exceptions from collective bargaining in the Temporary Employment Act (AÜG) under the key word “CGZP” are often cited here (Federal Labor Court judgment of October 14, 2010 – 1 ABR 19/10). However, Art. 20 (2) of the German Constitution sets down a boundary that advises restraint in applying the law; the dispute between Erfurt and Karlsruhe regarding the unconstitutional limitation of prior employment in the case of fixed term employment contracts limited for no objective reason should still be fresh in our minds (see Federal Constitutional Court, order of June 6, 2018 – 1 BvL 7/14 and others). This applies all the more in those situations in which possible criminal liability (Sec. 266a German Criminal Code) or the commission of misdemeanors (see, in particular, the new version of Sec. 8 (3) Combat of Undeclared Work Act) is threatened. In these cases, a stricter adherence to the law is required under both the Constitution and the laws (see Art. 103 (2) German Constitution, Sec. 1 German Criminal Code, Sec. 3 Misdemeanors Act). Although legal practitioners sometimes wish that such underlying principles were honored more often, non-compliance often forms the basis of a successful defense. The rest is up to the lawmakers. As things stand, it is apparent that crowdworking does not constitute an employment relationship!