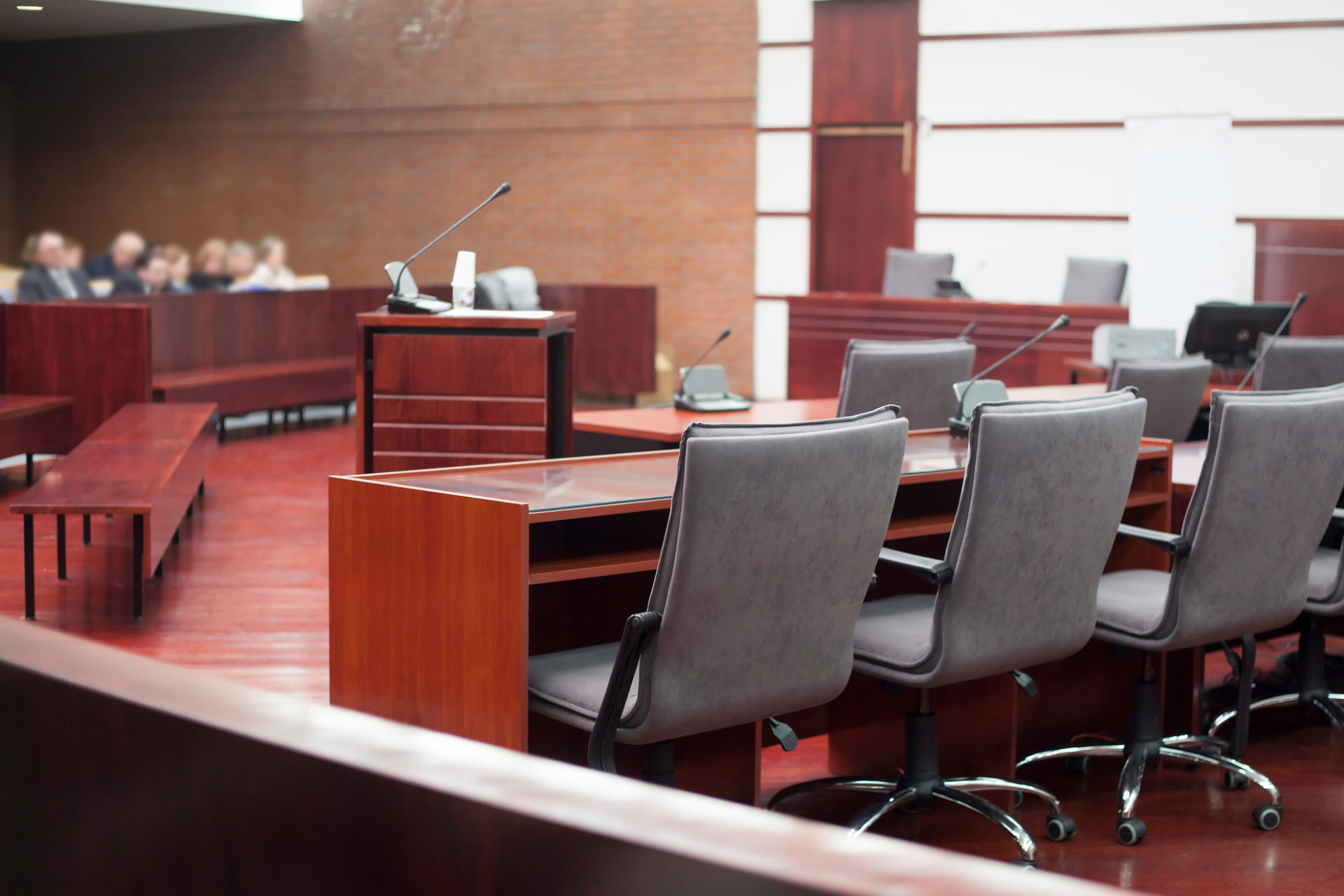 Is there a Need for a Commercial Court in Germany?

This has been the title of the 7th Symposium ‘Law – Made in Germany’ on 6 November 2019 at the Chamber of Commerce in Frankfurt. Plenty of participants discussed intensively whether Germany needs a Commercial Court which other countries already have established or are about to establish. While on the continent (International) Commercial Courts are a fairly new phenomenon, in the Middle East and Asia such courts have been gradually set up for some time now. The European discussion has been fuelled by the Brexit which some expect to reduce the number of cases heard before the London Commercial Court, so far the only court in Europe that seems to attract major international commercial disputes.

Commercial Court in London as Role Model?
In 2018, the London Commercial Court heard a record number of 258 cases, more than double the cases than in 2017. 60 % of the litigants were not based in the UK. But what causes the attractiveness of this court compared to other ones?
The most obvious, of course, is the English language, the lingua franca of our time. But that’s not all: The current status of the Court bases to a large degree on the impeccable reputation of its judges. The London Commercial Court (the “Court”) is well equipped with judges who have specific knowledge and decades of experience in their respective fields. Before becoming a judge they have gained invaluable insights into and expertise of a variety of industries. In many cases they have previously been Queen’s Counsel dealing like the Court with all aspects of commercial disputes, in the fields of banking and finance, shipping, insurance and reinsurance, and commodities.
The procedure at the Court is heavily influenced by international arbitration because the players there are mostly the same: The Court is also the principal supervisory court for international arbitration, with a seat in England and Wales, dealing with the granting of freezing orders and other relief in aid of arbitration, challenges to arbitration awards and enforcement of awards. The process management is exceptionally efficient and the Court does not hesitate to use modern technology that allows for quick and easy litigation. The procedural rules are constantly developed to adapt to the needs of the users.
In short: the Court combines the excellent reputation of its judges with a concentration of expertise and a service mentality.

Status Quo in Germany
In Germany we have nothing comparable to the Court so far. As of 1 January 2018, parties can choose to have their disputes resolved by the Chamber for International Commercial Disputes at the Regional Court of Frankfurt am Main (the “Chamber”). There, parties could plead in the oral hearings in English and waive their right to have an interpreter present. The Chamber may also summon written witness statements or may establish a video conference to hear witnesses. However, currently, German law does not allow court proceedings to be conducted entirely in English. Therefore, the use of the English language is quite limited. This might also be the reason why in the district of the Higher Regional Court of Cologne a model project attracted only very few cases since 2010.
Thus, if the German judiciary wants to regain control over territories which for quite some time have mainly been in the hands of foreign courts or arbitrational tribunals, German law needs to be changed. This is exactly the aim of the current legislative initiative; see BT-DrS 19/1717, p. 2. Despite many disagreements in detail, the participants of the Symposium shared unanimously the opinion that pleadings in English are not enough to make German courts attractive for foreign litigants. They called for a real alternative to international arbitral tribunals. Therefore, there are good reasons to have a look at the Court and international arbitration and to try to integrate some of their advantages into our national litigation practice.

Obstacles to Overcome
Another problem is the choice of law: In most cases choice of forum and choice of law go hand in hand. This means that foreign enterprises must come to terms with German substantive law as well, but foreign enterprises may hesitate to do so.
Firstly, businesses are naturally wary about being judged on the basis of a legal system that it does not understand: even in the 21st century, German law is not easily accessible if you are unable to read German. Though there is a website of the German Ministry of Justice providing for English language translations of German laws, the number (and quality) of translations is still too low. More often than not the translations are outdated, some even for years. Also, the vast majority of German judgments is only available in the German language.
Secondly, as any law, German law contains certain peculiarities. One of them is that German courts generously apply the restrictions regarding standard business terms also in the B2B sector. This is one of the decisive factors for companies when deciding which law they choose and where they want to resolve their disputes.
Thirdly, the German judiciary system is less permeable than those of other jurisdictions. German judges are civil servants underlying strict age restrictions. The age limit in Bavaria is for example 45 years. However, in practice it is much lower as an application to become a judge has to be made within three years after the date of the second state examination. Besides payment issues, these age restrictions make it impossible for experienced lawyers and other practitioners to move into the German judiciary.
Fourthly, the German judiciary system is still dominated by an approach which is often too general. A concentration of certain kind of disputes with certain judges is more the exception than the rule. Where such concentration takes place, not only the litigants are much more satisfied with the outcome, but these courts also attract further cases.
Fifthly, the German states have to invest in their judiciary, i.e. recruit more judges and staff and vest both with modern equipment. In average, German court proceedings are amongst the speediest in Europe. However, the average duration includes masses of smaller and less complex cases. The reality, for example in construction cases, is that cases drag on for ages. One of the reasons is that the competent judges don’t have the time necessary for pro-actively structuring cases heard by them. Another reason is that court-appointed experts prefer private work to the less attractively paid expert opinions for the courts. Also, appropriate equipment is necessary to be competitive with the London Commercial Court which builds its success also on the use of modern technology throughout the proceedings.
Sixthly and finally, while the enforceability of judgements is guaranteed within the EU, outside the EU enforcement is mostly a matter of reciprocity. There lies the attractiveness of arbitration. The New York Convention on the Recognition and Enforcement of Arbitral Awards of 1958 secures – at least in theory – a uniform recognition and enforcement of arbitral awards almost everywhere in the world. To achieve a similar effect, Germany and the other European states would be well advised to adopt the Hague Convention of 2 July 2019 on the Recognition and Enforcement of Foreign Judgments in Civil or Commercial Matters.
In conclusion, for a German Commercial Courts to become truly international, many more obstacles have to be overcome than just to integrate the English language into our national court system. Thus, the current legislative initiative to implement chambers for international commercial matters is a starting point but not enough. It is necessary to support if with a modernisation in general, see for example BT-DrS 19/13828. Implementing these changes will take time and we will have to wait to see whether actual internationalisation will take place.B

Editor’s note:
For the English-speaking Chamber of Commercial ­Matters at the LG Frankfurt, see the interview with LG-President Wolf in the Deutscher AnwaltSpiegel.
In addition you can find practical testimonials HERE. (tw)

13 replies on “Rethinking the Judiciary?!” 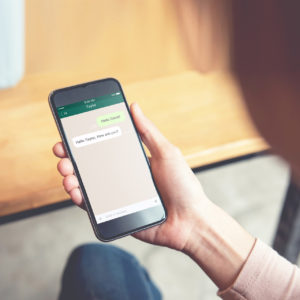 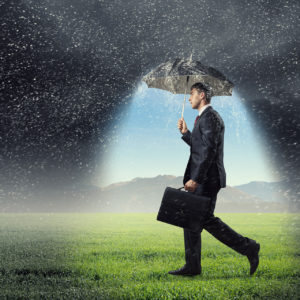 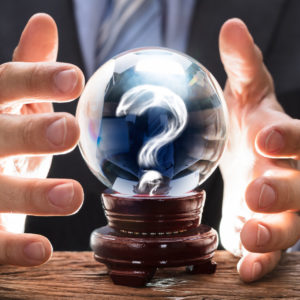