The end of intra-EU investor-state disputes?

It’s in the hands of the European Court of Justice
By Dr. Markus Burianski and Dr. Sonja Dünnwald

The German Federal Court of Justice (Bundesgerichtshof, BGH) has referred a question to the European Court of Justice (ECJ) that could terminate the era of investor­-state arbitration among players from the European Union: The BGH wants to know whether an arbitration agreement in a bilateral investment treaty (BIT) concluded between EU member states violates EU law. An affirmative answer from ECJ would have significant ramifications for the 190 BITs in force between EU member states – and possibly even for multilateral agreements.

Background to the specific case

The case before the BGH concerns an arbitration award rendered by an investment tribunal in an investor-state dispute between a Dutch investor and Slovakia. The underlying BIT entered into force between the Netherlands and Czechoslovakia in 1993, thus significantly before 2004 when Slovakia, the legal successor, became a member of the EU. The Dutch investor offered private health insurance in Slovakia, but a change in the law prohibited the distribution of profits derived from the health insurance sector, causing the investor a loss in profits. In 2008, the investor claimed damages from Slovakia, alleging a breach of the BIT. The arbitration tribunal, seated in Frankfurt, found in favor of the investor in 2012 and ordered Slovakia to pay damages totaling €22.1 million plus interest. Slovakia instigated setting-aside proceedings before the Higher Regional Court of Frankfurt, which confirmed the award. Slovakia then filed a complaint in law to the BGH.

Slovakia, inter alia, argues that the arbitration agreement in the BIT violates EU law and is consequently invalid. If the arbitration agreement were indeed invalid, the award would have to be set aside (Section 1059, Subsection 2, No. 1 lit a German Code of Civil Procedure). Mirroring the arguments made by Slovakia, the BGH wants the ECJ to decide

The ECJ is asked to determine whether the decision of the investment tribunal in the specific case violated EU law, because “member states undertake not to submit a dispute concerning the interpretation or application of the treaties to any method of settlement other than those provided for therein” (Article 344 of the Treaty on the Functioning of the European Union, TFEU). While the BGH does not share the opinion that this provision results in the invalidity of an arbitration agreement in an intra-EU investment treaty, it enumerates the arguments that could result in such a determination: The tribunal in the case at hand found the fundamental freedom of capital to apply and, as a result, the dispute could be considered to concern the interpretation of EU treaties. It is unclear whether the provision, which expressly mentions disputes between member states only, applies to disputes between a state and an individual.

The ECJ also has to determine whether the arbitration clause is invalid because it violates the ECJ’s exclusive competence for the uniform interpretation of EU law (Article 267 of the TFEU). This principle allows and – if there is no remedy against the decision – requires the courts of EU member states to refer decisive questions concerning the interpretation of EU law to the ECJ. An arbitration tribunal cannot directly refer a legal question to the ECJ even though it renders a final and binding decision. The BGH does not believe this violates the required member state loyalty to the ECJ or the latter’s competence because the uniform interpretation can be safeguarded in the annulment or enforcement stage.

Indeed, just as in the present case, courts are entitled to analyze questions of EU law under the heading of the European ordre public and, to the extent required, may refer these questions to the ECJ.

Possible violation of the principle of nondiscrimination

According to Article 18 of the TFEU, discrimination on the grounds of nationality is prohibited. The possibility for some EU investors but not for others to apply to investment tribunals a priori discriminates against investors from different EU member states on the grounds of their nationality: The foreign investor profiting from a BIT can choose to bring its claim either before a domestic court or an arbitration tribunal. In the view of the BGH, this choice alone creates a relevant advantage and – coupled with the possibility of choosing suitable arbitrators and conducting the proceedings in English and not a local language – constitutes a significant difference in treatment.

The BGH doubts whether the finding of discrimination would, in the end, prevent the investor from relying on the dispute resolution mechanism: Rather, the BGH recalls that the ECJ generally remedies discrimination by extending the respective advantage to the discriminated group as well. The result would be that all EU investors in a similar situation would have to be offered the choice of whether to go to state courts or to arbitration – even in the absence of an investment agreement between their home and their host member state.

Intra-EU BITs have been a foe of the EU Commission for a long time: It has used every opportunity to argue that investment arbitration is not the correct forum for disputes in intra-EU investment cases. To the extent known, all arbitration tribunals and member state courts have rejected the notion that intra-EU investment arbitration violates EU law. It is certainly worth discussing de lege ferenda whether investment arbitration is necessary between EU member states satisfied with their legal standards. This question does, however, need to be distinguished from the question de lege lata whether existing BITs become invalid by one contracting state’s accession to the EU. The BGH does not hold back on expressing its doubts as to the EU Commission’s legal position.

If the ECJ finds discrimination, the outcome may lead to a result diametrically opposed to the EC Commission’s intentions: If discrimination were to be compensated by extending the scope of existing intra-EU BITs to investors from nonsignatory EU member states, this would likely result not in a reduction, but rather in an expansion of the scope of application of investment arbitration. Every EU investor in a position similar to that of a foreign EU investor in a relevant conflict with an EU member state would have the right to bring an investment claim. If there can be no discrimination on grounds of nationality, this advantage may even have to be granted to domestic investors as well. Given that one of the standard protections in investment treaties – the principle of fair and equitable treatment – is interpreted rather broadly, a person doesn’t have to be very imaginative to foresee that administrative court proceedings as a standard recourse against state measures would become less significant. Which investor would not like to try its chance at claiming significant damages for lost profits because of a denied permit instead of trying to receive the permit in conservative domestic court proceedings?

A further interesting question is whether the upcoming ECJ decision will have any impact on the Energy Charter Treaty (ECT) to which the EU and all its member states are party and which also provides for investor-state dispute settlement. Would an ECJ finding that investment arbitration between EU member states violates EU law also affect investment arbitration proceedings related to aspects of EU law that are based on the dispute resolution provision in the ECT? If so, the Vattenfall case against Germany and the numerous investment cases against Spain and Italy inter alia initiated by German public utility providers may take an unexpected turn.

11 replies on “The end of intra-EU investor-state disputes?” 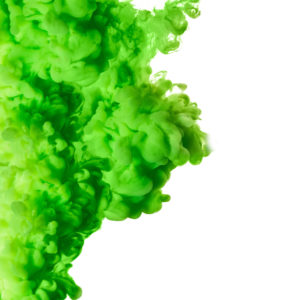 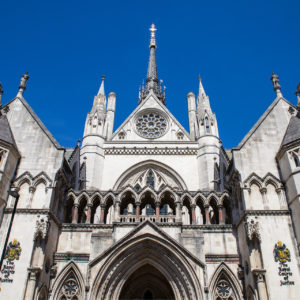