In June 2014, the US government proposed to the Unit­ed Nations Commission on International Trade Law (UNCITRAL) to develop a multilateral convention on the enforceability of international commercial settlement agreements reached through mediation (document A/CN.9/822). The US proposal suggests to model such convention on the United Nations Convention on the Rec­ognition and Enforcement of Foreign Arbitral Awards from 1958 (the “New York Convention”), which allows the practically worldwide enforcement of arbitral awards and has thereby substantially driven international commercial arbitration since then.

At its 47th session in July 2014, UNCITRAL picked up this proposal. It asked its Working Group II to consider the issue and to report to the Commission on the feasibility and possible form of work in that area (document A/CN.9/822, paras. 123 – 125 and para. 129).

The Working Group II started its work upon this request. It outlined some general remarks and current legislative trends and collected certain questions underlying any harmonized “mediation settlement enforcement” solu­tion in a working paper (document A/CN.9/WG.II/WP.187). Furthermore, in a second working paper, it compiled input received from several state governments upon request, inter alia Germany (document A/CN.9/WG.II/WP.188). Finally, on February 11, 2015, the Working Group II issued its report in preparation for the 48th session of UNCITRAL to take place in Vienna on June 29, 2015. Meanwhile, the German Federal Bar Association (Bundesrechtsanwaltskammer, BRAK) has published a commentary on the initiative (Link).

Is there a need for an enforcement regime for interna­tional mediation settlement agreements? To answer this question, it might help to examine both private and public interests in this respect.

When choosing any mechanism to resolve their dispute, private parties will also – among other factors like time and costs – take into account the value of such mechanism’s outcome to their interests. As the term “resolution” suggests, a core interest in any form of dispute resolution lies generally in a final, ultimate and effective solution. This includes its enforceability. It may be true that in practice, most mediation settlement agreements – once reached – are adhered to voluntarily by the parties. However, this is only true from an ex post perspective. From an ex ante perspective, the question of possible enforcement of the outcome remains a crucial factor within the parties’ rationale when choosing from the dispute resolution menu (a choice they often make at the peak of an escalated conflict). Parties will be reluctant to spend time and money on a mediation proceeding on the mere empirical basis of probable “vol­untary compliance” by their counterpart only to learn afterwards that their case was unfortunately the one exception to the rule. They would then find them­selves with only another layer of contractual obligations of the other party embedded in the settlement agreement, which they would still need to take to a subsequent court or arbitral trial and to enforcement only afterwards. This is no thrilling outlook, and even less so in a cross-border context. It might even spoil the otherwise often positive evaluation of ADR procedures, especially with respect to time, costs and confidentiality. Thus,

there is good reason to assume a general private interest of disputing parties in an easy and reliable direct enforcement of settlements reached in international mediation proceedings.

In many jurisdictions, there is a public interest in foster­ing the use of mediation, often with a view to reduce the caseloads of state courts and thereby saving budgetary resources. If it is correct that private parties will chose mediation proceedings more often in international disputes if those are backed by a convincing enforcement regime, establishing such regime is therefore presum­ably also in the public interest of many states.

Offering the tools of enforcement means lending coercive state power to private hands against other private entities. It is an exemption to the states’ power monopoly. Like any other exemption, this calls for a sufficient justification. The general justification for enforcement through state authorities lies in the need to bring the rule of law into effect, including private, contractual law. However, this privilege on the enforcement level is usually only granted once that the substance of the law (e.g. what has been agreed in any given contract or what is the consequence of any applicable statutory law) itself has been established or at least supervised by some form of neutral legal entity on a first, scrutinizing level. In Germany, such entity might, inter alia, be a court handing down a judgment or recording a settlement, an arbitral tribunal issuing an award (be it an award on

agreed terms), both parties’ legal counsel jointly erecting an “attorneys’ settlement” (Anwaltsvergleich) or a notary public notarizing specific types of settlements. In all these cases, the neutrality of the supervising entity and/or some form of due legal process bear the necessary justification for the privilege of immediate enforcement through state power. Some similar form of justification will also be necessary for granting this privilege to mediated settlement agreements. To that end, it does not seem sufficient to let mediated agreements be enforceable automatically by themselves. Nor would a signature of the mediator to the settlement agreement neces­sarily help: She or he does not need to be a lawyer, and it is not her or his task or duty to oversee the legal qual­ity of the mediated agreement. A mediator is responsible for the process, not the result. Rather, the regime could foresee a two-level approach. On a first – a na­tional – level, signatory states might define the neutral legal entities eligible under the convention to grant the privilege of enforceability. The convention might define certain minimum requirements for those entities (like some form of neutrality or balance of power between the parties or some level of legal scrutiny). Such entities might be courts, notaries public, both parties’ attorneys acting jointly, the mediator or another neutral third party jointly appointed by the parties for that tasks (at least if they are trained and mandated to do the necessary legal scrutiny of the agreement). Further, the convention might prescribe additional requirements for settlement agreements to fall within its scope like the written form including the signature of both parties, the legal representation of both parties through attorneys and a valid agreement of the parties to let their settlement be ruled by the convention in the first place. Finally, a system of refusal of enforceability in analogy to Article V of the New York Convention for cases like incapacity or lack of free will when entering into the settlement agreement or other public policy concerns might also serve the purpose to avoid enforcement of results that are legally not acceptable.

Mediation lives from party autonomy. Not only are parties free to choose mediation (apart from single exam­ples of mandatory mediation). They are also free to step back at any time from a mediation procedure once start­ed. Finally and foremost, they are free to enter into or to abstain from any settlement agreement at the end of any mediation. The principle of party autonomy is a backbone of mediation and one of its major “selling points”. Any enforcement regime should endorse this principle and should not limit it. Thus, parties should have freedom to opt in or to opt out of the applicability of such regime to their settlement. This freedom should be granted at two stages: First, the parties should be able to opt for or against the regime already within their agreement to mediate (be it in a mediation clause in their contract or be it ad hoc in light of any dispute). Second, the parties should also be able to take that option (again) within the settlement agreement itself. A former joint agreement of the parties (e.g. within the agreement to mediate) might thereby only be overruled by another later joint agreement of the parties (e.g. within the settlement agreement).

Only a concise, simple and clear convention will have a chance of acceptance by a sufficient number of signatory states. Thus, the wording of any “New York Convention II” should remain on the most generic and abstract level possible. The very successful New York Convention with its only sixteen Articles on four pages should serve as a compelling example in this respect. With a view to the clarity of any convention, there is the challenge to define the scope of its applicability. First, the convention should cover only settlements from international commercial mediations. Settlements from mediation of private disputes (e.g. family or consumer matters) presumably pose too many questions of coercive protective law in order to be included into the same regime as settlements in the commercial context. Furthermore, one could ask whether only mediated settlements should be subject to the regime, or not rather any settlements, or even any contracts at all. In the end, a mediated settlement agreement is legally just a contract between two parties. So why should it be privileged with a view to its cross-border enforcement? However, even though the legal nature of a mediated settlement agreement might be the same than that of other common agreements, it still differs from those in a functional manner: First, the parties have entered into it to resolve a former dispute between them, and second, this dispute had apparently reached such a substantial level of escalation that the parties needed assistance from a third party neutral to overcome it. Thus, mediated settlement agreements are the terminal point of disputes in an escalation-prone environment close to court or arbitral proceedings. As seen before, it is often in the private interest of the parties as well as in the public interest to avoid such disputes to escalate further. This may well justify rewarding successful attempts to amicably settle such disputes through mediation with a privileged enforcement regime.

As compensation for a generic and simple text, the convention might need to be flexible in nature, leaving signatory states enough leeway to make use or to step out of its applicability. This might lead to a principle of broad applicability as the default option with the possibilities for signatory states to opt out of or to limit the applicability. The concepts from the New York Convention of possibly limited application (e.g. to commercial disputes) as in Article I (3.) and of denunciation as in Article XIII (1.) might serve as an example.

Even though there are still many questions to answer and the discussion is only picking up pace, it seems worth­while to lead this discussion with the aim of adding one further benefit to the use of international mediation by making its results more easily enforceable.
ahacke@zhmp.de 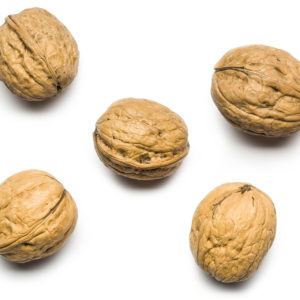 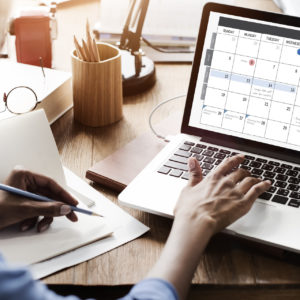