Each year, the Swedish law firm Mannheimer Swartling and the independent academic organization the Raoul Wallenberg Institute of Human Rights and Humanitarian Law (RWI) meet up with practicing litigation lawyers from Africa, Asia and Central America to discuss how they can support the development of human rights and encourage anti-corruption initiatives in their day-to-day work. The participants are individuals who are all already engaged in the development of legal systems in their respective country. Young lawyers from Mannheimer Swartling’s dispute resolution group also participate in the workshop entitled Developing a Human Rights Toolbox. The annual event has proven to be a valuable source of inspiration that fosters innovative and prosperous thinking.

RWI, which is named after the Swedish diplomat who saved tens of thousands of lives in Hungary during the Second World War, works to strengthen the protection of human rights worldwide. Mannheimer Swartling and RWI have developed a weeklong course in human rights designed for lawyers from all over the world. This September, the annual course was held for the sixth time. Mannheimer Swartling’s participation is led by Michael Karlsson, the partner who is responsible for the firm’s pro bono activities. Karlsson is also a board member of CSR Sweden, a national partner of CSR Europe, the leading European business network for CSR with 36 sister organizations in 29 countries, encompassing a total of 5,000 companies, one of which is Mannheimer Swartling. This year’s workshop discussions addressed such topics as fair trials, anti-corruption and corporate social responsibility. In these workshops, participants gained tools to help non-state actors respect and uphold human rights standards – thereby supplementing the traditional sphere of the states’ responsibility to protect human rights. One important target group in the administration of justice is that of practicing lawyers, who can play a pivotal role in securing clients’ access to justice and promote human rights standards more generally in various ways.

One of the most popular sessions during the week is usually a seminar on case management. With practicing litigation lawyers from around the world, the perspectives on this subject vary to say the least. This, of course, has to do with what an ordinary day at the office may entail. On the one hand, some of the participating lawyers do not have the option of saying no to clients. In some countries, it is the state that distributes criminal cases among practicing lawyers. Lawyers may end up with an uncooperative client who has no money and no real interest in defending him- or herself. In other countries, prospective clients do not book an appointment, but rather go to the lawyer’s office and wait for “their turn,” making planning and organizing daily work a considerable challenge. Whereas, other lawyers, in for example the United States, may actively seek out the victims of an unlawful act in order to file a class action suit. It is the sharing of such diverse experiences, with concrete examples of how access to justice works in practice, that participants value. And though the cases may vary, the value of thorough case management remains the same This year, three topics received the most attention and sparked intense discussions. A short summary of these topics and the conclusions is provided below.

When starting a career in a corporate law firm, young associates quickly discover that finding and analyzing the facts is the key to success – time consuming as it may be. In the beginning of a dispute, all documents (drafts, notes, e-mails, etc.) should be gathered. All potential witnesses should be interviewed. And a slightly skeptical approach to analyzing the factual and legal background is recommended. Being a bit negative at this stage of the proceedings could have a positive effect on the outcome of the dispute. This is because witness testimonials tend to be biased and important documents tend to disappear. However, no one likes to be surprised in court. Hence, in this case, better safe than sorry means: it is better to do thorough research and analysis than be caught off guard in front of the judge(s).

Theory of the case

To win a case, winning the court’s trust is critical. Convincing evidence is one thing, but it is not worth as much if not presented in the right way. As counsel, you want to make sure that it is you who draw the big picture, in which the evidence makes sense. The theory of the case is made up of factual events that make a good, plausible story, is supported by the evidence, can stand up against likely objections from the opposing side, and, when legal arguments are applied, leads to a win. The theory of the case is neither the whole truth, nor is it a lie. It is a description of the world as we lawyers, bearing our client’s best interest in mind, want the court to see it.

A civil litigation is a project and must be dealt with as such. In practice, this means setting a goal and then formulating a strategy to achieve this goal. In order to keep the client happy throughout the process, it is important that the goal is realistic and understood by the client. This includes all project parameters: time, costs, necessary client involvement, odds of success and risks of losing and, not least, the uncertainty that, despite best efforts, is ever-present in a dispute.

“The reason Mannheimer Swartling organizes this session is because we think that democracy, human rights and the development of a functioning legal system in countries around the world is important for their citizens, the businesses that operate there and society as a whole. It is very rewarding to work with RWI and contribute to these developments. At the same time, it also gives us an opportunity to develop contacts with a very interesting group of practicing lawyers from other countries,” Karlsson says.
The mission of RWI is to promote universal respect for human rights and humanitarian law by means of research, academic education and institutional development. What happened to Raoul Wallenberg remains unclear to this day. However, it is uncontested that his role in saving the lives of tens of thousands of Hungarian Jews during the end of the Second World War one of the most admirable achievements of the 20th century.
Raoul Wallenberg was a secretary to the Swedish legation in Budapest. One of his first actions after his arrival in July 1944 was to launch “protective” passports or Schutzpässe, which were blue with the three yellow crowns symbolizing the Swedish state. Operating from a special department within the Swedish legation with the assistance of more than 300 volunteers, Raoul Wallenberg also established a number of safe houses under the protection of the Swedish. In January 1945, Raoul Wallenberg was arrested by the Soviet military and brought to a prison in Moscow. This is the last trace of him. Although the end of his life remains a mystery, it is believed that he died in prison – either due to an infarction (official Soviet version) or by execution (unofficial Russian admission). The achievements of Raoul Wallenberg will however not be forgotten and are honored on a day-to-day basis by the important work performed by RWI. 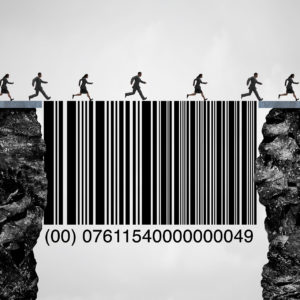 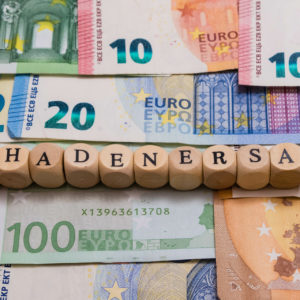 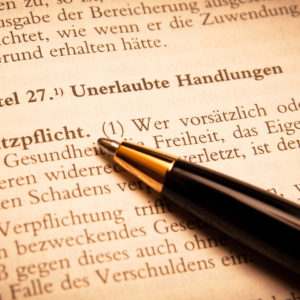