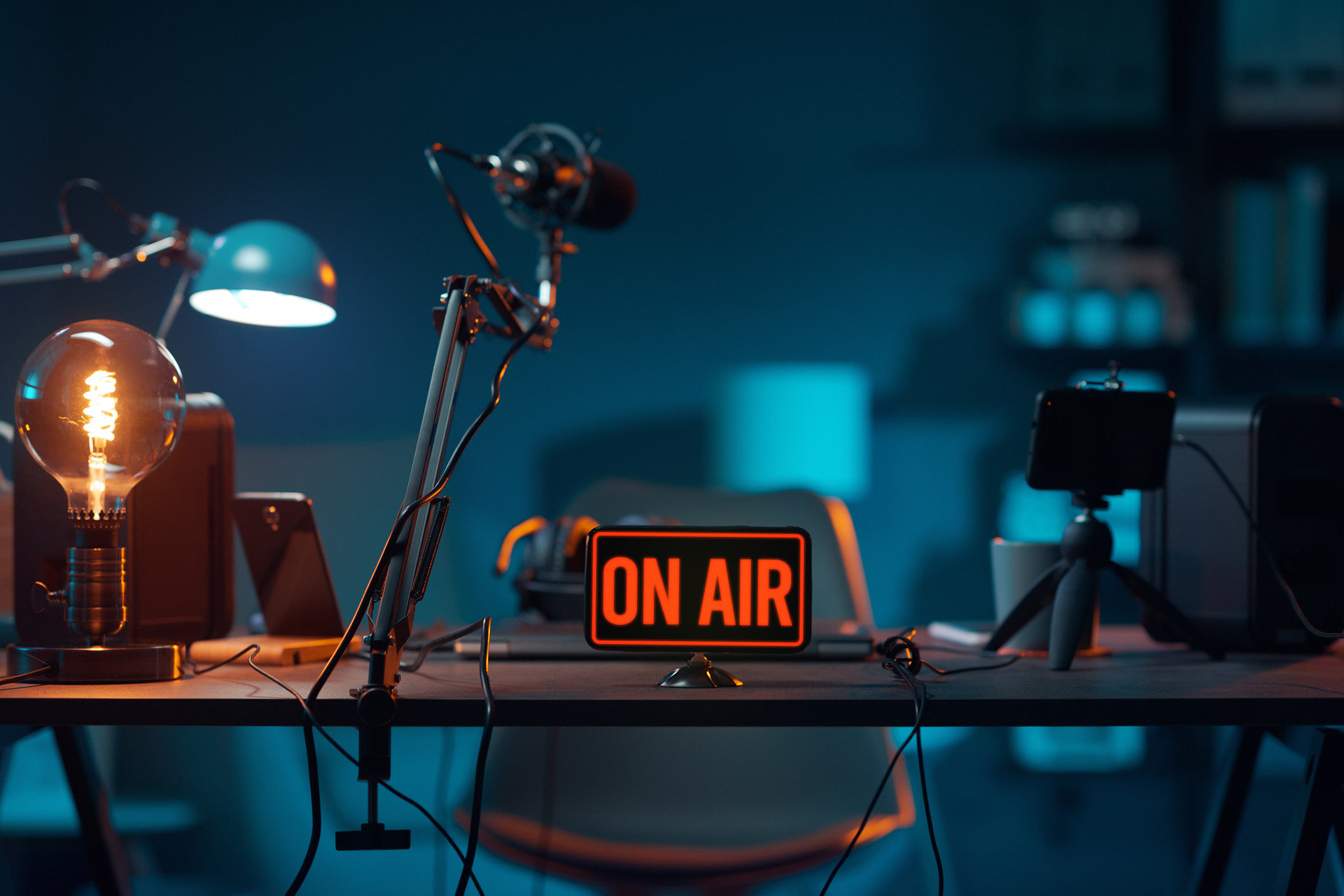 A legislative reaction to substantial changes in the media landscape

The new Media State Treaty (Medienstaatsvertrag, MStV) came into force on 7 November 2020. It replaces the Broadcast State Treaty (Rundfunkstaatsvertrag), which had been in place since 1991. The German legislative authority reacted to the substantial changes in the media landscape and to the ongoing digitalization and convergence of the technical outlets. By enacting the MStV, the legislative authority implemented the European Audiovisual Media Services Directive (EU) 2018/1808 of 14 November 2018.

Broad scope of application
The Media State Treaty expands the scope of application significantly and introduces media-specific regulations by covering not only television, radio and telemedia, but also ‘new’ digital media. It includes comprehensive media-specific requirements for gatekeepers acting as intermediaries or as content distributors, including search engines, user interfaces, video-sharing platforms, social media and smart TV. These services are categorized by the Media State Treaty as media platforms, media intermediaries or user interfaces. For specific opinion-relevant media, which regularly broadcast news and political information, specific journalistic standards must be observed. Due to the broad scope of the regulations, the new Media State Treaty may affect all companies that share or distribute content via various technical outlets. It is advisable that media companies, and in fact all other companies that use media, familiarize themselves with the new rules that are now in effect in Germany. It must be noted that the Media State Treaty may also apply to companies located outside Germany if their business targets German customers. The following overview addresses some of the main new regulations.

Media platforms
Whereas the former Broadcast State Treaty only covered infrastructure-bound media platforms, such as cable TV networks or IPTV operators, the new definition of media platforms has been broadened and includes ‘any telemedium that combines broadcasting, broadcast-like telemedia or telemedia in accordance with Section 19 (1) MStV to create an overall offer determined by the provider’. The so-called gatekeeper function of platform operators and their critical position with respect to diversity is based on their access control regarding distribution by content providers as well as their control over creating the overall offering. Hence, the distribution outlet is not relevant for the question of whether a platform is considered a media platform. Infrastructure-bound media platforms (e.g. cable TV networks, IPTV) are thus included, as well as media platforms in open networks (e.g. OTT services).
The Media Platform operators must observe various obligations which are mainly set forth in Sections 78 et seq. MStV. They must warrant that their technology allows for diverse offerings (Section 82 (1) MStV). Further, broadcasters, broadcast-like telemedia (i.e. video-on-demand services) and telemedia pursuant to Section 19 (1) MStV may not be directly or indirectly hindered from accessing the platform. In addition, content providers must be treated equally, especially with respect to access systems, interfaces to application programs, access terms and conditions, including fees or tariffs, unless there is a reasonable cause to treat the offers differently.
In order for the regulator to monitor the access rules, the media platform operator must disclose the use of its access system to the regulator.
The above-mentioned obligations do not apply in certain cases. As per its definition, a media platform requires ‘an overall offer determined by the provider’. In order to qualify as a media platform, the provider must therefore be in a position to decide on and to select the overall offering. This requirement is intended to differentiate media platforms from the also newly defined ‘media intermediaries’ (see below). Furthermore, a media platform does not exist if the respective overall offer of broadcasting or telemedia is exclusively the responsibility of one private provider. Most notably, the obligations do not apply to non-infrastructure-bound media platforms if the number of actual daily users is less than 20,000 on average per month.

Media intermediary
A media intermediary is a newly defined group in the Media State Treaty and includes ‘any telemedia which also aggregates, selects and presents journalistic and editorial offers of third parties in a generally accessible way without combining them into an overall offer’ (Section 2 (2) 16 MStV).
A media intermediary differs from a media platform as it does not provide an overall offer but only selects the offerings of third parties. Here, ‘selecting’ means that the media intermediary does not select the respective content offers, but rather uses algorithms to establish abstract criteria according to which the content is offered and arranged. Media intermediaries can include search engines, social networks, user-generated content portals, blogging portals or news aggregators, but also every media company that publishes media content via technical outlets.
The media intermediary is obliged to disclose the criteria applied to determine the access to the platform. It also must disclose the essential criteria of aggregation, selection and presentation of content as well as the respective weight and the functionality of the used algorithm (Section 93 (1) MStV). These criteria must be easily accessible and must be disclosed in a comprehensive manner. In addition, material changes to the criteria must be made known in due time. Furthermore, a media intermediary may not discriminate against any journalistic editorial content, as the media intermediary has a major impact on the visibility of such content (Section 94 (1) MStV).
Section 91 MStV provides for exemptions to the aforementioned obligations. The most relevant is Section 91 (2) No. 1 MStV. Obligations for media intermediaries do not apply to offers that reach or, according to their predicted development, will reach less than 1 million users per month on average over six months in Germany. Furthermore, the obligations do not apply to services that specialize in the aggregation, selection and presentation of content relating to goods or services or services that only serve private purposes.

User interfaces
A user interface is defined in Section 2 (2) No. 15 MStV as an overview of offerings or content of individual or several media platforms, which serves as a guide for the selection of offers, content or software-based applications. User interfaces are typically overviews of offerings, program overviews on the screen of a television or an EPG. A user interface can be a part of a media platform or be part of an independent service. This also includes the user interfaces of end devices (e.g. smart TVs), insofar as they provide program overviews via software-based applications. A user interface does not need to be integrated into the media platform or be supplied by the same provider (Section 2 (2) No. 15 lit. b MStV). Examples of this are the electronic program overviews offered by cable network operators on their own receivers, which also show third-party offerings.
The Media State Act stipulates certain requirements for the accessibility of offers in a user interface. Section 84 (2) MStV prohibits treating similar offers differently without a justified reason. Furthermore, the accessibility of offers in the user interface must not be unfairly impeded. Accepted criteria for the order of offers include using the alphabet, genre or the user reach. All offers must be locatable without discrimination using a search function. Broadcasts must be directly accessible and be easy to find on the first landing page. Users must be able to easily and permanently rearrange the arrangement of content or of offers. The principles for the selection and organization of broadcasting and telemedia services must be made transparent to users. The media authorities have comprehensive control and information rights with respect to the above-mentioned criteria (Section 86 MStV).

Application for foreign media companies
In general, the Media State Act applies to all telemedia providers established in Germany. However, for foreign companies that are media intermediaries, media platforms or user interfaces, the regulations may also apply ‘insofar as they [the services] are intended for use in Germany’. Offerings are intended for use in Germany if, based on an overall assessment which includes the language, the offered content and marketing activities, one can conclude that the service is directed at users in Germany. Furthermore, German laws can apply if the refinancing, or material parts thereof, of a service is carried out in Germany (Section 1 (8) MStV). In this context, it should be noted that the European Commission has expressed doubts about the application of the marketplace principle with regard to compatibility with EU law, in particular with the accepted country of origin principle.

The takeaway
The Media State Treaty is in force and its scope of application has been significantly extended. In future, every media company will have to deal with the question of whether and which parts of its services are covered by the MStV regulations. For the industry, this question will not always be easy to answer, especially because it is still unclear how the state media authorities will specify and interpret the new regulations.