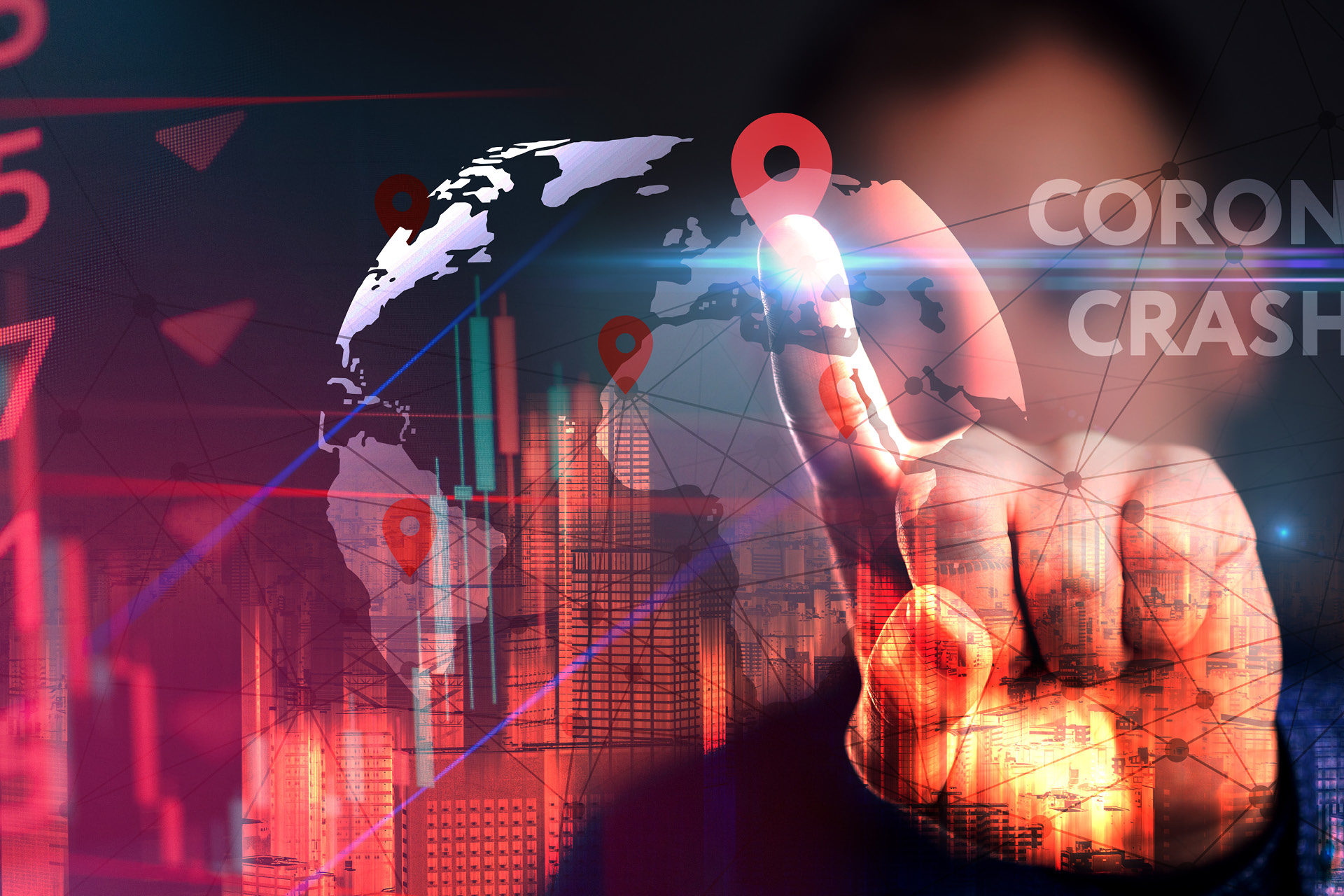 If we were not prepared for corona, what could 2021 have in store for us?

It has always been difficult to look into the same crystal ball and forecast future changes in the legal market. After the events of 2020, however, this has been further amplified. We believed or hoped that developments would progress more or less linearly, i.e. predictably. To all intents and purposes, certain unexpected changes in speed, as well as minor development leaps, were accepted – but in moderation, please. As I said before, this applied up until now.

White or black swans, or merely grey ones after all?
Corona raised a new question: Were we able to predict this event, and if so, did we prepare for it in the wrong way? People soon speculated about whether this was an absolutely unique and unpredictable event, i.e. the ominous black swan (Nassim N. Taleb). This would provide a simple explanation for our own failure to cope with it, and no one would be blamed for it. But how much certainty is required for a black swan to turn into a grey or even white swan? In view of the vast ethanol and mask stocks which were reduced in certain countries recently because there was no use for them, we cannot claim with a clear conscience that no one ever thought of epidemics, let alone pandemics. That would indeed be slightly too disingenuous. So, does this mean we are looking at a white swan, or at the very least a grey one?

How could this wrong reassessment come about? If we want to explain it with the help of the two categories of classic risk management, it seems that we gauged the occurrence of the event and the concomitant damage potential as less severe – possibly on the mere basis of a historically conditioned observation. However, the crux of risk management lies precisely in looking into the future and also considering the unthinkable.

Think outside the box!
Corona has made it painfully obvious that we are able to force the whole world into a lockdown and into working from home without any advance warning. What else could still happen, then? I have therefore taken corona as a peg on which to hang a discussion with my current students about how to rethink risk management. They were asked to assess the legal market in 2030 in the light of perfectly crazy assumptions rather than making a mere extrapolation on the basis of historical information. For, only if we dare to venture beyond a cozy and safe environment and also admit troublesome thoughts will we be able to see the whole picture and see it from a new perspective. I am very curious to see the result of this work.

Crisis management as plan B only
Those who neglect their risk management will inevitably have to act as crisis managers. Last spring, we were all just that, both privately and at work. Two questions were conspicuous. Firstly, what impact did the crisis have on individual people: were they blocked with regard to thinking and working and were they simply trying to operate in stand-by mode until the return of normality, or did the crisis inspire them to create innovations and initiate change? And secondly, how long will they (want to) remain in crisis mode before they accept a new state of affairs with possibly a different daily business routine and a return to the risk management mode that prevailed prior to the crisis? As long as we operate in crisis mode, we are controlled by an external source, behave in reaction mode, and lead and communicate transactionally. The latter, in particular, will have a direct impact at the relationship level, especially where an employment relationship is concerned. Paying a special bonus for special efforts and commitment at the end of the year will not compensate for this.
Notwithstanding all this, we should venture to gaze into the crystal ball. I can primarily see three issues which will characterise 2021: money, people and technology.

Let’s talk about money
This time, it’s not about the usual 10% discount but about an additional pressure exerted on resources. Companies were hit hard, turnover and profits collapsed. When liquidity slumps, particularly at this speed and volume, we like to compare this with the loss of blood from a wound, which must be staunched at once. Short-term measures in times of crisis therefore look at the expenses side of the profit and loss statement because boosting turnover to compensate for the loss will take much more time than is available. Cost-cutting measures will also affect legal departments, which will pass this pressure on to their external lawyers. Of course, a general counsel could also cut the salaries of his legal staff and make some of them redundant, however, this would not be the preferred solution for a variety of reasons. Such negotiations about price reductions will surely be easy for customers if they read that after initial pay cuts and redundancies, big law firms in the US, for example, seem to have made up for the shortfall in turnover and will not only pay out the previous bonuses in the autumn but top them up with a special corona bonus. One cannot help thinking that money plays a more important role for lawyers, which might challenge the discussion about the relevance of trust and expertise.
However, money does not only concern companies and legal departments; private individuals are also financially affected by the crisis. They will think twice before retaining a lawyer, and if they do, they will expect concessions with regard to pricing.

Now, at any rate, the alternative legal service providers (ALSPs) are coming into their own because one of their USPs is their clear cost advantage. We may well speculate how long it will take for the first CFOs to ask their GCs to increasingly engage such providers. And it will become even more exciting when ALSPs start to focus on SMEs, particularly those which do not run their own legal department.

Relationships with people as a golden bridge?
Reputations and long-term business relations are either forged in a crisis or are lost forever. This does not solely apply to customer contacts but also to employees at all levels and to the recruiting market. While it was reported at the onset of the crisis that (besides ordering pay cuts and redundancies) companies also deferred the onboarding of young lawyers, other legal service providers started to train their young lawyers with virtual programs and online communication, thus integrating them in this manner. A promising course of action does not shrink from physical contact with “social distancing”, but rather requires lawyers to seek close relationships through improved social skills, even though this may only be done digitally. The customer experience remains crucial.
Persistent electronic communication has revealed the need for and the relevance of human contact and coffee breaks. The working-from-home model has also demonstrated that New Work works and will remain perfectly desirable in the future, too, even though managers are afraid that this will make them lose control – although lawyers and managers themselves want to be regarded as trusted persons. The establishment of trust, however, requires time and human proximity, in times of uncertainty more than ever. Legal service providers should therefore learn to make use of small time windows and, in the worst case scenario, rehearse the way in which they can use video to awaken and consolidate this feeling.

Technology as (one) USP
After 2020, no one will be able to claim in all seriousness that legal service providers survived only because they had digital tools at their disposal. Despite all the prophecies of doom and gloom, these tools passed the litmus test, and did so for a prolonged period of time. Technology does not require legitimation any longer. Corona has supplied an excellent platform for free to all providers with a technology element already in their business model. What they are now going to do with this stimulus and whether this will lead to a total digitalization of the legal market or to a disruption by LegalTech remains to be seen. However, the foundations have now been laid for this.

Evergreens to conclude
What will not completely change next year, either, are the usual evergreens. The issue of efficiency will remain on the agenda this year, too. Customer orientation is more important than ever. The Procurement Department in the company as a figure-based purchaser will not have to be explained any longer. All in all, it is fast becoming clear that the issue of legal operations will continue to gain momentum. And this crisis may have struck another blow for the development of liberalization. Thus, various US states, for instance, are currently considering the option of non-lawyers being allowed to join law firms.
Today, I am more curious than ever about the exciting and unexpected challenges the new year will bring and how the legal market will respond to them. Agility and resilience will not remain mere buzzwords but now, when sudden shocks have to be negotiated, they will have to be acted upon and demonstrated anew every day. 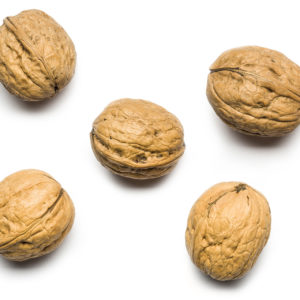 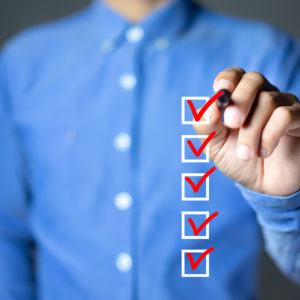 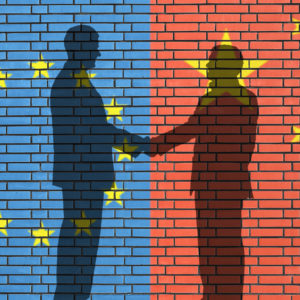