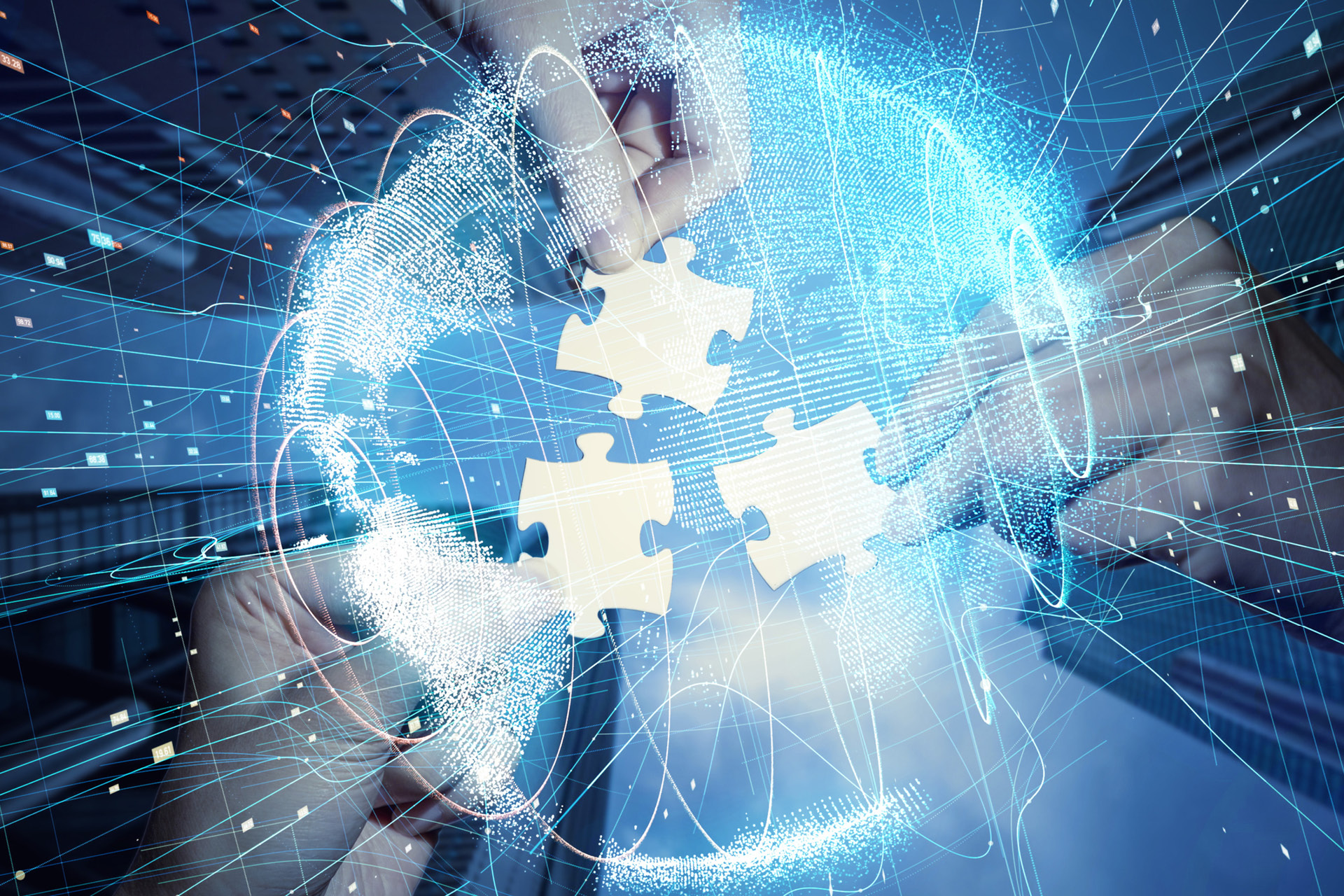 Financially significant claims may arise in the case of discrepancies between parties in M&A transactions. In practice, the parties involved in the transaction often interpret warranty and indemnity clauses differently, in particular. In order to minimise the liability deriving from a breach of contract, so-called Warranty & Indemnity Insurances (W&I Insurances) have become increasingly popular in recent years. Reasons for this include the limited choice of investment objects coupled with a corresponding investment pressure for financial investors, which has led to a shift in the terms of contract in favour of the seller.
The following article provides an overview of (i) the basics and practical considerations when taking out W&I Insurances, and (ii) the current market trends.

Why are W&I insurances taken out?
W&I insurances generally reduce the risks to the parties, in particular to the seller, for liabilities and costs, including legal costs, deriving from warranty and indemnity claims under sale and purchase agreements (SPA) in M&A transactions. In the event of a breach of contract and a related liability claim, the claim will be made against the insurance company as a solvent debtor. From the seller’s point of view, this facilitates a “clean exit” where the seller can minimize and ideally completely exclude any recourse by the buyer.

Who is the policyholder?
In principle, the policyholder can be either the buyer or the seller. In practice, however, in almost all cases the policies are taken out by the buyer as the policyholder. In such cases, the insurer is liable to the buyer for claims arising from breaches of warranties by the seller. In this context, so-called “Soft Stapled Insurance” is widely established in the market where the seller initiates the W&I insurance process, adjusts the sales procedure and the SPA accordingly to the W&I insurance concept and provides the buyer with the offers of potential insurers already tailored to the envisaged transaction. The negotiation of the policy as well as the underwriting process are, however, carried out directly between the buyer as policyholder and the insurer.
In contrast to the buyer-side policy, the seller may also take out the insurance, in which case the seller as policyholder would be insured against warranty claims by the buyer. The buyer has, therefore, in such a case no direct claim against the insured, but must still take action against the seller. In case of a seller-side policy insurance, mandatory law excludes cover if the seller intentionally breaches the contract, whereas in the case of a buyer-side policy the W&I insurance provides cover even for intentional breaches of contract by the seller.

What are the advantages?
The standard buyer-side policy has advantages for both the buyer and the seller. The handling of damage claims is carried out by the buyer directly with the insurer. In the case that the buyer and seller continue to maintain business relations after the transaction, or if the seller continues to be part of the management team of the target company, the buyer is able to reduce or avoid unpleasant disputes and a strained relationship with the seller. If the acquisition takes place in the course of a bidding process, a bidder may distinguish himself positively from the other bidders by means of W&I insurance, as it reduces the liability risk for the seller. Finally, W&I insurances regularly provide for longer limitation periods and higher liability caps than usually provided for in SPAs.
The seller benefits from the W&I insurance because, despite the contractual assumption of liability, he can usually limit his payment risk for breaches of contract to a small amount, often only EUR 1, and can therefore dispose of the full sales proceeds immediately after the transaction is closed.

What exactly is covered?
W&I insurances protect the insured against unknown risks in connection with a breach of a warranty or indemnity provided by the seller. A prerequisite for insurance cover is that the guarantee catalogue in the SPA is insurable. In general, market standard guarantee catalogues are mostly insurable, provided that the scope of the due diligence carried out by the buyer is appropriate. Insurers only insist on a limited number of general exclusions of liability. These mainly relate to risks (i) that are regularly excluded in SPAs, (ii) that are difficult to verify, or (iii) that are otherwise insured. In practice, typical liability exclusions are positive knowledge of the buyer, transfer pricing issues, leakage provisions, liability for products and design defects, risks from underfunding of pension obligations and forward-looking statements.

What are the legal consequences under the insurance policy?
The W&I insurance policy contains a distinct system of legal consequences. Fundamental and tax warranties as well as claims arising from any tax indemnities are generally insured for a term of seven years, general warranties for a term of two years. Insurers regularly offer an extension of the term for general warranties to three years for a small, additional premium. The W&I insurance policy also contains separate thresholds in relation to a deductible (called retention or excess) and the de minimis. The level of the retention depends, in particular, on the business segment of the target company and in the case of operating companies typically equates to around 0.5% of the enterprise value. Nowadays in the real estate sector, the retention is typically nil. The de minimis under the policy is usually based on the amount agreed in the SPA. However, it can also be lower if the materiality thresholds for the due diligence carried out by the buyer are below this amount. The limit under the policy can be freely agreed upon and depends primarily on the risk the buyer is willing to take. In the German market, the amount insured is usually between 10% and 20% of the enterprise value.
The insurance policy contains its own mechanism for the handling of claims. In a first step, the policyholder must report the damage to the insurer, in which case a detailed and comprehensive damage report expedites the process. In practice, negotiations on disputed issues are often handled or advised by the policyholder’s advisers and the insurer. In order to facilitate the process, it is often advisable to involve the broker who originally placed the policy in this process.
Statistically, a study by a renowned insurance broker from 2019 shows that more than 80% of all reported claims in the DACH region were settled by insurers. Overall, the number of reported claims increased significantly between 2016 and 2018. Insurance claims were submitted in connection with approximately one out of five insured transactions, with the amount of claims submitted being higher for larger transactions. The majority of reported claims related to breaches of tax and financial-information-related guarantees. On average, claims were settled by the respective insurance companies within less than six months.

What are the costs?
The premium depends in particular on the business area of the target company, the scope of the guarantees to be insured and the insured limit. The premium is expressed as so-called Rate on Line (RoL), i.e. as a percentage of the amount insured. Depending on the factors mentioned above, the RoL in Germany usually ranges between 0.5% and 1.5%. The premium is further subject to insurance tax which depends on the domicile of the policyholder and which currently amounts, for example, to 19% in Germany. Furthermore, most insurers charge an underwriting fee in addition to the premium, which covers the cost of legal advice to the insurer and typically ranges from EUR 15,000 to EUR 30,000 depending on the complexity of the transaction. Insurance brokers who assist the policyholder in the selection and placement of the W&I insurance are remunerated on the basis of a commission which is already included in the premium.
Whether the buyer or seller actually bears the costs for the W&I insurance depends on the negotiations between the parties. It should, however, be noted that even if the buyer as policyholder bears the costs in the first step, he will often take these into account when determining the purchase price.

How does the process work?
The first step is usually to involve a broker specialised in W&I insurances who will provide an initial cost estimate, indicate possible issues and provide a time schedule. As part of the so-called risk marketing, the broker approaches selected insurers on the basis of the draft SPA and information memorandum, if available, and obtains non-binding indications from the selected insurers, which the broker then summarizes in an NBI report. In the so-called soft-stapled process initiated by the seller, these steps are carried out on the seller side. Subsequently, the seller sends the NBI report to the buyer and the further process takes place on the buyer’s side (also called seller-buyer flip).
Once the buyer has selected an insurer – and after the conclusion of an expense agreement covering the underwriting fee – the due diligence reports prepared for the transaction will be sent to the insurer and access to the data room will be granted. After the insurer and its legal advisor have reviewed the due diligence reports, the buyer is usually asked to submit written responses to any outstanding questions from the insurer. This is generally followed by an underwriting call in which the insurer can ask further questions and clarify any outstanding issues. At the same time, the W&I insurance policy is negotiated and finalised after the underwriting call has taken place. After written confirmation from the buyer confirming that he is not aware of any breaches of warranties at the time of the conclusion of the SPA (so-called no claims declaration), the W&I insurance is concluded between the policyholder and the insurer.
Approximately two weeks should be allowed for the entire process. Although it is possible to expedite the process, it is advisable to plan for at least this period to enable the insurers to offer the best possible terms based on a conclusive assessment and the evaluation of the risks involved.

What are the current market trends?
The market shows an increase in the number of W&I insurance policies concluded, and also an increase in the number of insurers active in the market. In Germany, there are now more than 20 insurers or so-called Managing General Agents (MGA) acting as agents for several insurance companies, and further insurers are currently planning to enter the German market. With growing competition among insurers, the premiums and retentions for policyholders are continually being reduced. For example, in real estate transactions, RoLs of less than 0.6% and the complete waiver of a retention have become market standard. In addition, increased competition has led to certain risks being insurable which were not insurable a few years ago (e.g. relating to atypical transaction structures or certain jurisdictions). Finally, insurers have entered the market focussing primarily on small transactions and operating with minimum premiums as low as EUR 30,000.
At the same time, it is possible to negotiate a better cover position under the W&I insurance policy with insurers. In the past, insurers have for example limited the definition of seller’s knowledge to the actual knowledge of the knowledge bearers. In the meantime, several insurers started to also cover gross negligent lack of knowledge of certain knowledge bearers. In addition, in German transactions insurers regularly cover reasonably foreseeable indirect damages and lost profits, even if the definition of damages in the SPA is limited to direct damages. Such extension of cover is offered nowadays by several insurers without charging an additional premium.