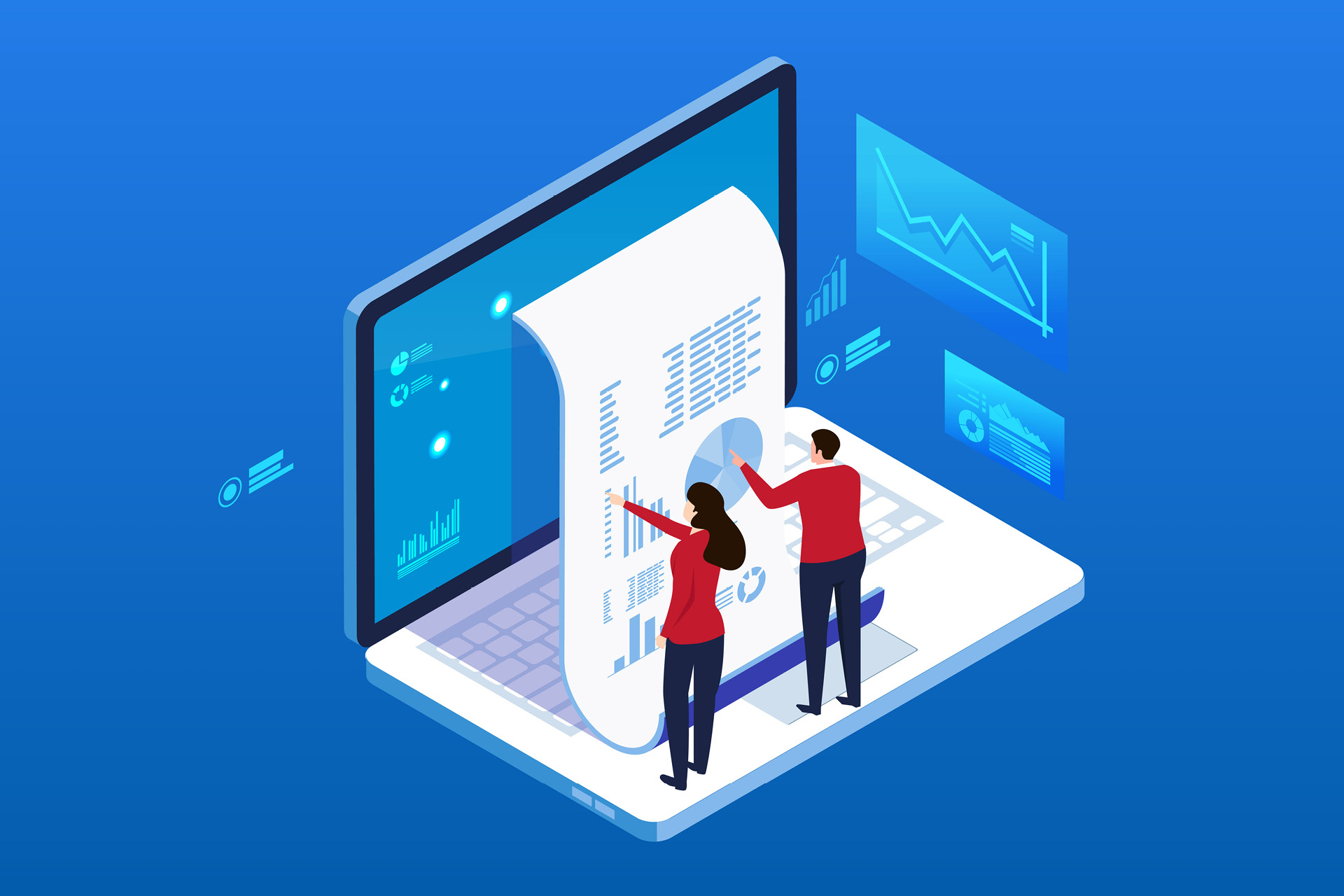 In current times, both investors and divesting shareholders will increasingly need to deal with targets close to or already having filed for insolvency. Both the sale and the acquisition pre-insolvency petition from the shareholder/business owner and post insolvency petition from the insolvency administrator do entail specific advantages and risks for every party involved. Due to the fact that the seller may try to not only minimize its risks but also to prevent the crisis becoming public, the acquisition pre-insolvency is in some cases to the advantage of the purchaser as he faces less competition and potentially has the chance to get a bargain. The seller will typically approach strategic investors with which he already has an established business connection; thus, in many cases the purchaser will – despite of certain risks – benefit from an exclusive situation for the acquisition. However, in these scenarios the parties have to be well aware of the setup in order to avoid relying solely on insolvency laws to be safeguarded from the risks deriving from the distressed situation. The parties are well advised to apply appropriate measures to significantly minimize the (legal) risks of a pre-insolvency transaction for both the seller and the purchaser.
This article provides a short legal background to pre-insolvency transactions, explains the general positions of the seller and the purchaser and suggests potential safeguarding measures.

Background
The major concern in case of a pre-insolvency transaction is the application of German insolvency laws in case of the opening of insolvency proceedings post acquisition, in particular the right to contest prior business transactions (such as the acquisition itself).

As a consequence of the challenged transaction, the claim of the investor for repayment will generally be treated as an ordinary insolvency claim and as such will be subject to the general quota with all other non-preferred creditors.

Asset deal vs. share deal
The pre-insolvency transaction can be structured both by way of a share deal or asset deal. Both options entail certain advantages and risks. In order to minimize the respective risks, generally speaking, purchasers tend to prefer acquiring the target’s assets, with sellers preferring to sell the target’s shares.
Inter alia in case of a share deal, past mistakes and latent liability risks may still be existing in the distressed target and consequently must be dealt with after acquisition. However, in case certain contractual relationships of the target are key or if the investor seeks to gain control over the target (as it is e.g. the holder of certain permits or licenses) the investor will try to avoid an insolvency, thus, a share deal may be the preferred option. Contrary to an asset deal, no consent of the contractual parties to the key contracts is required and control is obtained by simply stepping in as new shareholder.

The seller’s perspective
The seller may have numerous reasons to prevent the target going into insolvency after the transaction.
Soft factors may include the intention of the seller to guarantee continued site operations and jobs of the target’s employees in order to not only avoid reputational damages but also to take care of its (former) employees. In other cases, the seller may plan to keep the target as a supplier or to maintain other important contractual relationships with the target. Finally, the seller will try to avoid a situation where past transactions or other legal acts between the seller and the target are challenged by the insolvency administrator. Potentially challenged transactions or other legal acts typically relate to standard group financing measures such as profit and loss transfer agreements, cash pooling agreements and shareholder loans. Balancing out of cash pooling between the seller and the target as well as repaying shareholder loans in connection with the transaction may be challenged by the insolvency administrator if these occur within a period of one year before the insolvency petition, even if the seller e.g. assigned the shareholder loan to a third party. Further, the insolvency administrator may try to challenge past loss compensation claims based on the argument that the losses totalling the loss compensation claim were not calculated adequately.

In order to avoid these risks, the seller should try to negotiate respective protective measures under the transaction documents (e.g. ring fencing). Such measures may, depending on the case, include obligations of the purchaser in relation to the continuance of business operations, the site and the staff, certain legal relationships or future divestments of the target. In order to avoid future situations in which an obligation to file for insolvency arises, the use of proceeds or the funding of the target post acquisition should be negotiated in the transaction documents. If negotiable, the seller should try combining these obligations with corresponding indemnifications. Ultimately, the effectiveness of contractual safeguarding measures depends on the solvency of the purchaser, which may be backed by a parent or other guarantee if considered insufficient.
In some cases, the seller may not be able to sell the target without providing the target with additional funding prior to the transaction, which entails certain additional risks for the seller. Any measures, such as insufficient funding for the restructuring of the distressed company (target), which delay a mandatory insolvency petition to the detriment of other creditors may result in a civil (para. 823 II, 830 II and 826 German Civil Code in connection with para 15a German Insolvency Code, para. 64 German Limited Liability Companies Act) and even a criminal liability (para. 15a German Insolvency Code, para. 283, 27 German Criminal Code). These risks can be avoided if the purchaser integrates the distressed target after acquisition into its group and is sufficiently solvent to prevent the insolvency of the target. The risks involved in this prerequisite can be avoided by the seller by drawing up a restructuring concept for the target confirming the capability for a restructuring and the adequate measures required therefore. Furthermore, the target and – to a certain degree – the purchaser have to obligate themselves to comply with such a restructuring concept. The standard widely used for such restructuring concept is IDW S6 of the German Institute of Public Auditors in combination with the corresponding legal principles developed by German Federal Court (BGH). Consequently, such a restructuring concept confirmed by an expert opinion in accordance with IDW S6 and complying with the requirements defined by the German Federal Court (BGH) provide the basis for exculpation of the seller.

The purchaser’s perspective
Once the purchaser has acquired the target, it is usually in control over potential risks which may lead to insolvency. Still, the purchaser should consider certain specifics when acquiring a distressed target.
From a practical perspective, the purchaser should take into consideration that the target’s management, and in many cases also the shareholders, are under significant pressure. The purchaser may be the only chance for the management and the owners to avoid the company’s insolvency, and in case of e.g. financial guarantees granted by the shareholders, even avoiding personal liability or the insolvency of the shareholders might be relevant issues significantly influencing the decisions of and actions taken by the seller. Such pressure increases the risk of “window dressing” and even fraud, which should be considered carefully and taken into account during the legal due diligence review.
In many cases creditors will need to be involved in the transaction, which causes further complexity. Part of the restructuring plan for the target may be a new financing or to convince the creditors to accept a haircut. Both measures should be well planned and negotiated prior to (or at the latest concurrently with) the acquisition. The leverage on creditors prior to the acquisition is significantly higher and there is no pressure on the target’s management post acquisition, which may be forced to file for insolvency in order to avoid a personal liability if the negotiations with the creditors take longer than three weeks. Further, in order to convince creditors or banks to provide additional financing, a restructuring concept confirmed by an expert opinion in accordance with IDW S6 considerably facilitates the negotiations as such expert opinion minimizes the risk of creditors of being held significantly responsible if the restructuring should fail later for any given reason.

Conclusion
Acquiring a distressed target requires both the seller and the purchaser to be specifically aware of insolvency law provisions in order to avoid pitfalls and to minimize the risks associated with any such transaction. By applying the right measures, a pre-insolvency transaction may provide certain advantages to the parties compared to the acquisition post insolvency petition.