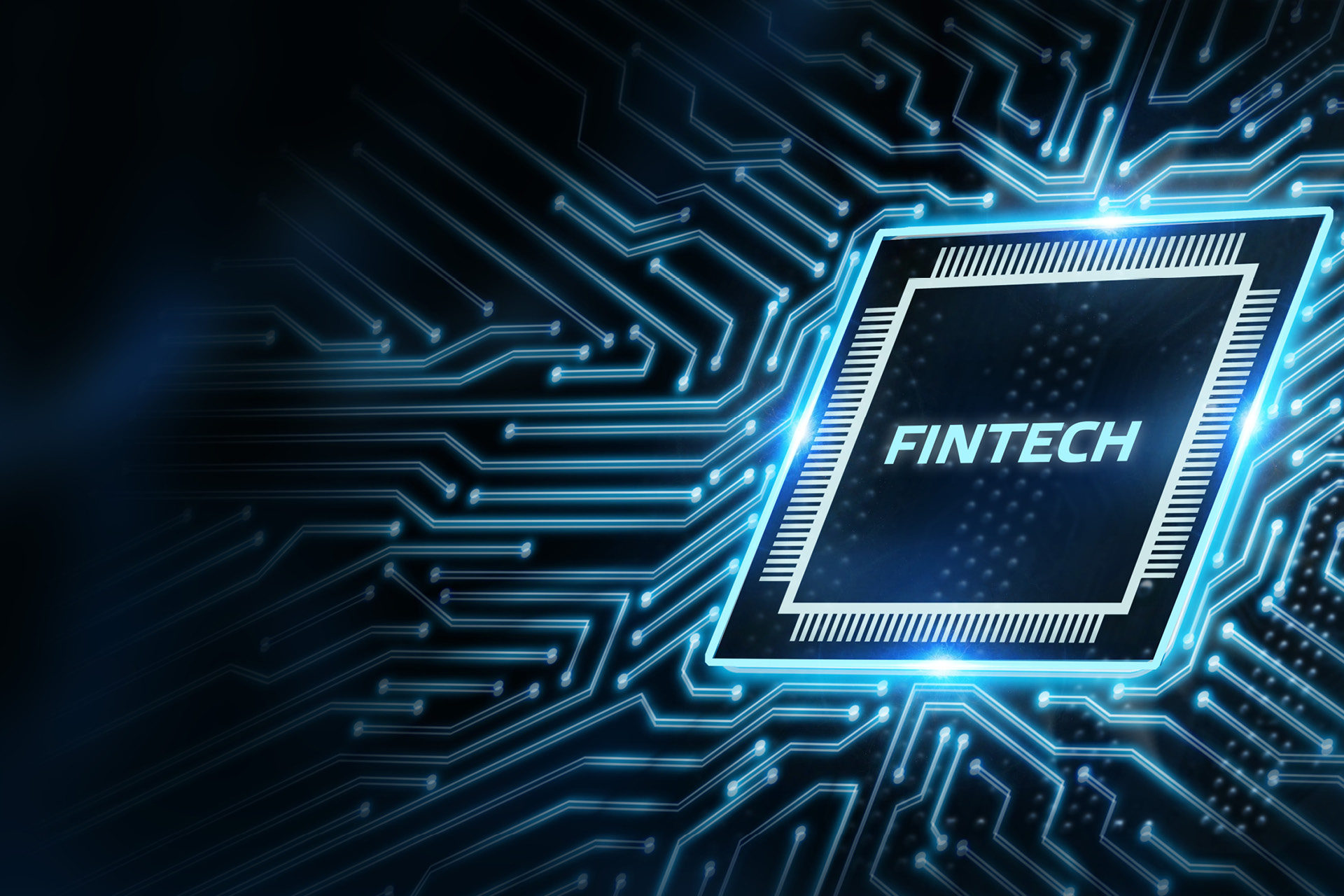 Intensified regulation of (foreign) investments in the digital economy

One can safely assume that unicorns have a great love of freedom. They do not want to be chained or incarcerated. This love of freedom also has to do with their age. A unicorn is more of a young, impetuous filly than an old lumbering plow horse. Due to their age, unicorns are also more likely to want to graze on fresh green pastures. They are still growing and need adequate nutrients to help them grow.
All of these characteristics also apply to the proverbial unicorns of the tech scene: they are young, disruptive and hungry for capital. Even though most unicorns thrive primarily in the U.S. and China, the number of unicorns in Europe has grown significantly. At the end of 2020, there were 65 unicorns in Europe, i.e. companies with a valuation of more than EUR 1 billion. In Germany, there are about 14 unicorns, plus numerous so-called “soonicorns” that already have valuations in the hundreds of millions and hope to reach the magic EUR 1 billion valuation soon.
The valuations of German tech companies are still considered low by international standards and make them attractive for foreign investors. This is true for foreign venture capital investors and corporate venture strategists who participate in financing rounds and provide growth capital. But it also applies to foreign private equity funds, which also invest in mature tech companies and are ready to invest when the exit is due.
Currently, investors are focusing in particular on so-called fintechs. Fintechs have developed massively in recent years, also in Germany. Companies such as N26, Mambu, Deposit Solutions, Coya, Smava, etc. are now active or planning to be active not only in Germany, but internationally. Accordingly, their cash need is emerging. Especially for young insurtechs, an increased need for capital is also emerging after the German Federal Financial Supervisory Authority (BaFin) recently announced in the BaFin Journal that future insurtechs must be equipped with more equity as early as at the time of approval.
The strong growth of the German and European (fin)tech scene in the course of the digitalization of business models accelerated by Corona on the one hand is contrasted by the legislative trend of increasing regulation. This trend has also affected German legislators, who have enacted new regulations with astonishing speed that can have a significant impact on investments from third countries in particular.

Significant Changes in German Merger Control Provisions
First and foremost, there are the innovations to German antitrust law. The 10th amendment to the Act against Restraints of Competition (GWB) came into force on January 19, 2021. The centerpiece of the law, which is also referred to as the “Digitalization Act,” is the modernization of abuse control against digital groups with market power and so-called gatekeepers such as Google, Amazon, Apple and Microsoft (“GAMA”). But the law also brings significant changes in the area of merger control, which is so important for M&A. First of all, the turnover thresholds in Germany have been significantly increased. In future, a merger will be subject to notification in Germany if the companies involved achieve combined worldwide sales of EUR 500 million and, in addition, one of the companies involved achieves sales in Germany of at least EUR 50 million (previously EUR 25 million) and another company involved achieves sales in Germany of at least EUR 17.5 million (previously EUR 5 million). The previous de minimis threshold, according to which a notification obligation did not apply if the target company had worldwide sales of less than EUR 10 million, no longer applies. The threshold for minor markets was also raised. In this respect, a notification is henceforth not required if the companies involved are active on a market with a volume of less than EUR 20 million (previously EUR 15 million).
The previous thresholds were very low by international standards, which led to a notification requirement for a large number of materially completely unproblematic cases – and demanded a considerable amount of resources from the Federal Cartel Office. Even in the “corona year” of 2020, when M&A business came to a virtual standstill in the spring, the Federal Cartel Office ultimately received over 1,200 notifications. The changes are therefore welcome from a practical perspective in any case.
However, the increase in the thresholds for domestic turnover does not mean that transactions in which the domestic turnover of a participating company falls below EUR 17.5 million will not be subject to a filing obligation at all in the future. This may be the case if the acquirer has more than EUR 50 million in sales in Germany, the transaction value exceeds EUR 400 million, and the target company (regardless of its sales) is active in Germany to a significant extent, e.g., through R&D activities or offers that are free of charge but targeted at German users, as is particularly common in the digital sector. It is therefore to be expected that the significance of the transaction threshold will be strengthened by raising the turnover thresholds.
Another new regulation may also be relevant, namely the so-called “Remondis” clause (Section 39a GWB). Under this clause, the German Federal Cartel Office can, under certain conditions, make mergers subject to notification and, if necessary, prohibit them, irrespective of whether thresholds have been reached. However, the Federal Cartel Office can only impose a notification requirement if it has previously conducted a sector inquiry in one of the sectors concerned. The aim of the new provision is to enable the Federal Cartel Office to intervene before a dominant position has arisen in certain markets as a result of a series of mergers that do not require notification. The regulation is likely to become relevant mainly for investors who use a buy-and-build strategy in highly fragmented markets.
If notification to the Federal Cartel Office is required and main examination proceedings are initiated, the examination period will in future be five months rather than four. This must be taken into account accordingly when drafting share or asset purchase agreements in the context of determining the timing of the right to rescind due to non-fulfillment of closing conditions.

Amendments of Foreign Trade Law Restrictions
Legislators were also very active in another area relevant to cross-border M&A transactions in 2020 and are expected to be so again in 2021, namely the area of foreign trade law.
If a foreign buyer directly or indirectly acquires at least 25% of the voting rights in a German company, the Federal Ministry for Economic Affairs and Energy (BMWi) can examine in investment control proceedings whether the acquisition poses a threat to the public order and security of the Federal Republic of Germany and, if necessary, restrict or prohibit the acquisition. In particularly sensitive and thus audit-relevant areas (cross-sector audit), even the direct or indirect acquisition of 10% triggers a filing obligation and a prohibition to complete the transaction prior to approval by the BMWi.
Since 2017, Germany has been advocating for a European legal framework for the screening of direct investments from third countries. These efforts resulted in Regulation (EU) 2019/452 of the European Council and Parliament of March 19, 2019 establishing a framework for the verification of foreign direct investment in the Union (so-called EU Screening Regulation), which entered into force on October 11, 2020. With the First Act Amending the Foreign Trade and Payments Act (AWG) and Other Acts of July 10, 2020, German foreign trade and payments law was adapted to the requirements of the Screening Regulation (1st Amendment to AWG). The 16th Ordinance Amending the Foreign Trade and Payments Ordinance of October 26, 2020, aligned the Foreign Trade and Payments Ordinance (AWV) with the provisions amended by the 1st AWG Amendment to ensure a new EU-wide cooperation mechanism. Even before that, the German government had reacted directly to the implications of the COVID-19 pandemic and, with the 15th Amendment Ordinance to the AWV, had above all expanded the scope of application of the cross-sectoral audit to include numerous companies in the healthcare sector. This has already significantly expanded the group of acquisitions subject to filing requirements.
With the 16th Amendment Ordinance to the AWV, the repressive audit regime has now been extended again in several ways:
Firstly, from now on, a probable impairment of public order and safety is sufficient in the context of the examination. In this way, a lower degree of risk is now sufficient to be able to restrict or even prohibit the transaction in question.
Secondly, it is sufficient if no probable impairment of the public security and order of the Federal Republic of Germany, but of another EU member state is affected. In the context of this examination, both aspects relating to the person of the acquirer and aspects relating to the company are relevant. Among other things, the guidelines of the EU Commission on the interpretation of the EU Screening Regulation must also be taken into account: According to these, start-up companies can explicitly also be of strategic importance despite their low value in terms of research or technology and be subject to screening.
Thirdly, it is important that with regard to all companies for which a notification obligation exists, there is now also an enforcement prohibition at the same time. Upon receipt of the (complete) notification, the BMWi has two months to decide whether to open an investigation. If opened, this investigation procedure can take four months. In view of these deadlines, especially in the case of financing rounds, use should be made of the possibility in advance to obtain a clearance certificate upon application.
Already on the table is the 17th Amendment Ordinance to the AWV, the draft of which was published on Jan. 22, 2021. It is true that the work on this is still at an early stage. However, it is already foreseeable that the group of particularly audit-relevant areas that trigger a filing obligation will once again be significantly expanded. The current draft provides for an expansion to the following areas, among others: Cybersecurity, Artificial Intelligence, Autonomous Driving and Flying, Quantum and Nuclear Technology, Robotics and other areas. Overall, a stronger focus on tech companies is clear. However, it is also important to note that companies that develop or modify industry-specific software for the operation of critical infrastructure companies are already subject to filing requirements. If, as is often predicted, the next wave of digitization in Germany is more strongly focused on the B2B sector, we can expect a significant increase in the number of notifiable facts in this area in the future.

Outlook
Overall, it can be said that the legislative trend toward intensified regulation of (foreign) investments especially in digital economy and other tech companies will continue in Germany. It will be interesting to see how this development continues, because the European legislature is also in the process of developing a framework for the digital economy with the draft Digital Market Act and the Digital Services Act. However, these legal acts are not currently expected before the end of 2021 / beginning of 2022. It is to be hoped, however, that both at the German and the European level, legal acts will be passed with a sense of proportion. Tech companies do not belong behind bars, but need sufficient space to graze and grow. After all, the number of German and European unicorns, these shy creatures, can still be increased in international comparison.