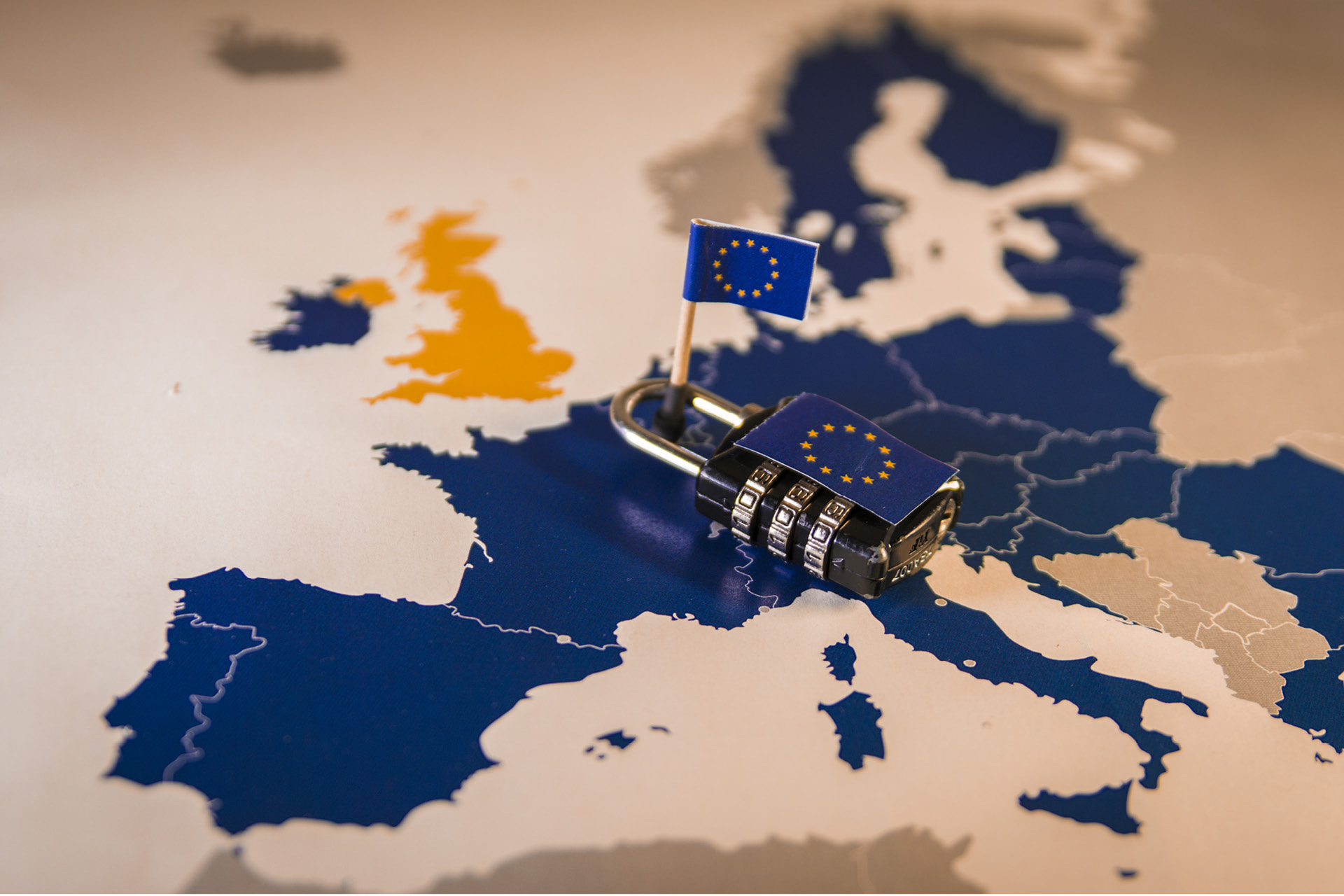 Germany is hitting the headlines with increasing regularity for its ambitious fight against tech giants’ presumed market power. Not only has the German Federal Cartel Office (FCO) intervened against Facebook’s practices of combining user data from different sources, a decision which the Federal Court of Justice (Bundesgerichtshof) recently upheld. A few weeks ago, the German government also submitted to the German parliament a draft 10th amendment to the German Act Against Restraints on Competition (Gesetz gegen Wettbewerbsbeschränkungen, ARC). The intended changes aim at tackling the bundling of market power associated with increasing digitization. In the foreground is a considerable expansion of the rules on the prohibition of abuses of dominance. The Act will also implement the so-called ECN+ Directive, which aims at strengthening the national competition authorities in applying EU competition rules (Art. 101, 102 TFEU) and is due to enter into force in early February 2021.
Both the FCO’s stance against Facebook as well as the envisaged changes to German law offer novel approaches against tech giants’ conduct.

Pioneering versus harmonizing
As much as one may understand the need to take such action, one may be startled by how these German go-it-alones fit into the harmonised EU antitrust regime. However, unlike in cartel matters involving bilateral agreements and concerted practices, member states are not precluded from adopting or applying stricter national laws which sanction unilateral conduct engaged in by undertakings (Art. 3 (2) Reg. 1/2003). In other words, when it comes to the (unilateral) abuse of market dominance, EU law only sets a minimum standard and member states may adopt and apply stricter rules. The envisaged reform strikes exactly into this flank. As a result, it is very well possible that large tech companies and their counterparties (customers and competitors) may in the future face a patchwork of varying legal standards throughout different EU member states. In any event, it will be interesting to observe whether the special routes chosen by Germany will nevertheless have (factual) persuasive authority on the application of the EU rules by national competition authorities and courts as well as by the EU Commission.

Key elements of the envisaged legislative reform
Background
German law in principle distinguishes between companies enjoying “absolute” market dominance (Art. 19 ARC) and companies enjoying “relative” dominance because others are dependent on them (Art. 20 ARC). In the latter scenarios, the “stronger” company does not reach the threshold of absolute market dominance. The legal boundaries applicable to those companies are less strict than those which apply to companies which enjoy absolute market power.
The German government identified the increasing power of a small number of large digital corporations (such as Google, Amazon, Facebook etc.) as an issue which cannot be tackled properly by the current legal provisions. Such companies are presumed to occupy decisive channels to customers (“gatekeepers”) and to possess a rich, constantly growing data store. The latter could be used to solidify existing market positions or to expand into other areas. Therefore, the crux of the envisaged reform centres around gaining a better “legal grip” on these new forms of power and the corresponding misconduct. The envisaged changes relate to issues of platform power (so-called “intermediation power”) and access to data.

Criteria for absolute market power
To determine whether a company enjoys “absolute” market dominance, German law not only looks at market shares (e.g. > 40 %), but also at a set of other criteria (Art. 18 ARC). These criteria will now be adapted further: For example, access to competitively relevant data will be introduced as a new criterion for assessing an undertaking’s market position across the entire digital economy. The same applies to so-called intermediation power, typically enjoyed by large platforms (as a special form of intermediary power in procurement and sales markets for third parties). Intermediation power, too, will form a new and distinct criterion for determining market dominance.

Data as an “essential facility”
Pursuant to the so-called essential-facility doctrine, a market-dominant undertaking must provide another undertaking with access to its own infrastructure at reasonable conditions if the claimant cannot otherwise compete with it (Art. 19 (4) ARC). The draft extends this provision to digital business models where, for example, access to platforms or interfaces as well as to data can play a pivotal role. In other words, in future, mavericks may have a legal means to tap into the data pools harvested by tech giants. While requests for data access so far may not seem like a particularly pressing topic, they may become crucial in creating a level-playing field with tech giants in those areas where large data pools will pose a significant competitive advantage in the future. However, the exact legal and “technical” framework applicable under the new law for demanding and granting such access (maybe even on a permanent basis) remains somewhat blurry.

New possibility of intervention (Section 19a GWB-E)
Finally, the draft also introduces a new type of supervisory power which shall enable the FCO to prohibit certain types of conduct by undertakings enjoying a “significant overarching importance to the market” (“überragende marktübergreifende Bedeutung für den Wettbewerb”) without (as hitherto) requiring proof of market dominance or of an abuse of such dominance. This will particularly concern large digital platforms whose activities aim at linking the different sides of multilateral markets and profit from direct and indirect network effects.

However, any prohibition decision by the FCO must be preceded by an order establishing the existence of an undertaking’s “significant overarching importance to the market “. Only based on such an order may the FCO intervene against various types of behaviour by the undertakings in question, including self-preferencing and certain forms of obstruction e.g. related to certain forms of data usage, the interoperability of products or services or to performance assessment. It is at least debatable whether this complex procedure will not end up creating more bureaucratic obstacles than tangible benefits for competition.
Practical tips
Is your company dependent on another company (e.g. in the technology sector) and does the other company practise the following behaviour?

Check whether you can make the change in the law work for your company!

Competition law and the law on data protection
A topic not touched on by the draft is the role that the rules on data protection should play in competition matters. Noticeably, the FCO based its decision against Facebook primarily on an alleged breach of the GDPR, which (in the FCO’s reading) amounted to a breach of the German prohibition on the abuse of market dominance. It argued in essence that users could not validly and voluntarily consent to Facebook’s terms, whereby users are only able to use the network under the precondition that Facebook can also collect user data outside the Facebook website on the internet or on smartphone apps and link these data to the user’s Facebook account. The Federal Court ultimately upheld the FCO’s decision.
So far, EU competition law has been agnostic to the question of whether infringements of data protection law (or of any other statutory provisions for that purpose) may constitute an infringement of antitrust law. However, data protection law is a genuinely European topic and access to large data pools is turning into a more and more decisive source of market power. It would therefore seem necessary for the EU Commission to clarify this topic in the future. 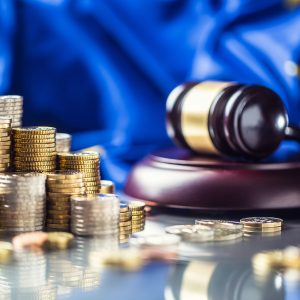 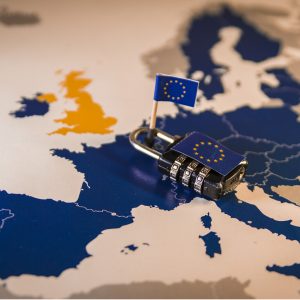 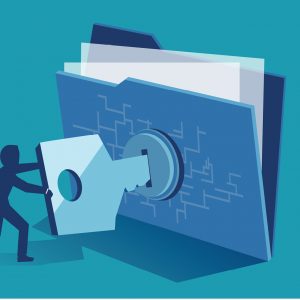