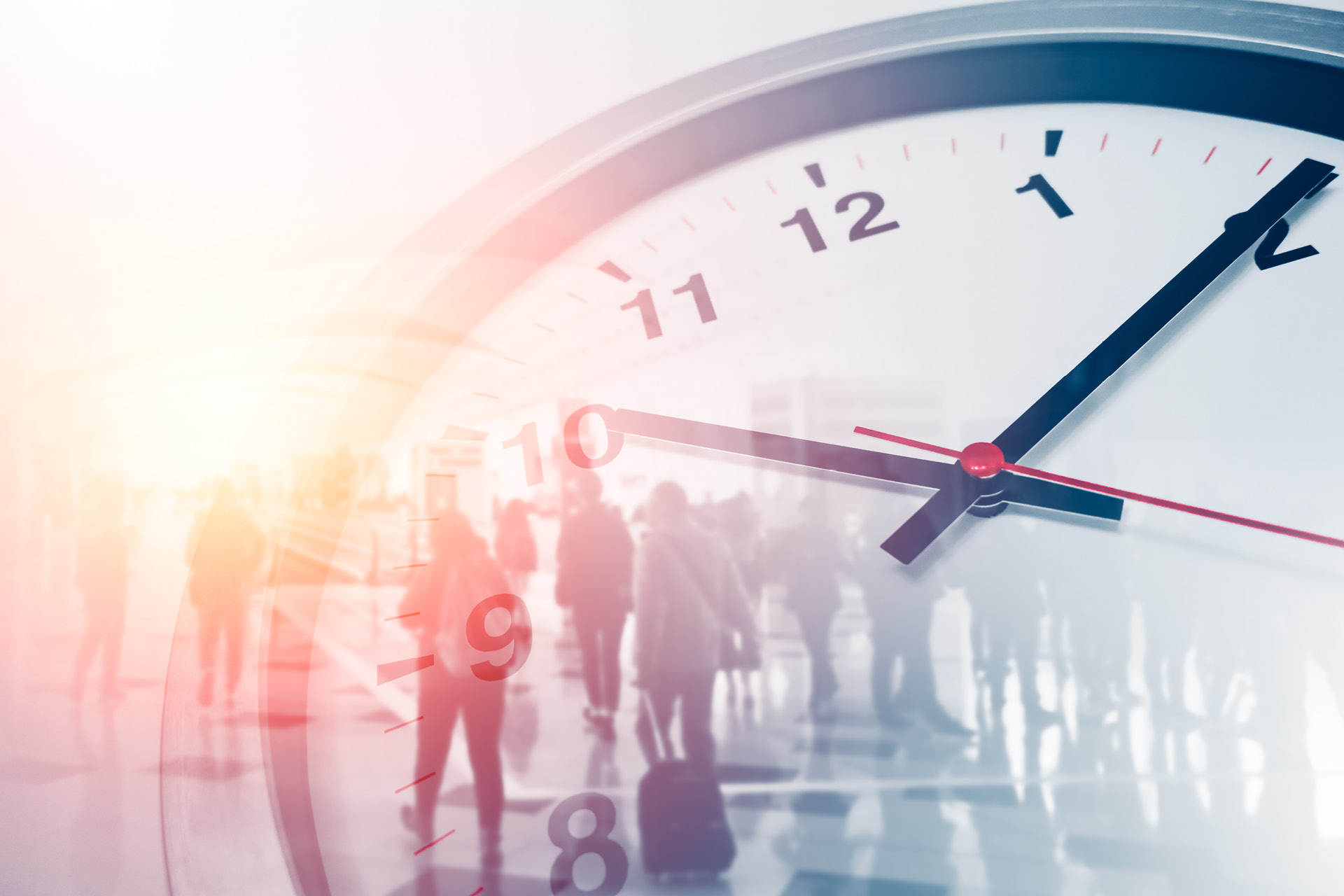 Clocking in for all? Employers to be required to comprehensively document employees’ working hours

On May 14, 2019, the European Court of Justice (ECJ) ruled that the recording of working hours must extend beyond documenting overtime (Case C-55/18). In the future, employers will be required to record their employees’ working hours systematically and comprehensively.

Recording of working hours in Germany non-compliant with ECJ requirements
Section 16 (2) of the German Working hours Act (Arbeitszeitgesetz or ArbZG) stipulates that employers are obliged to document the working hours of their employees that extend beyond the eight-hour workday.

This has now been declared inadequate by the ECJ.

Trade union demanded detailed recording of working hours
A Spanish trade union brought an action before Spain’s National High Court seeking to oblige Deutsche Bank to comprehensively record the daily working hours of its employees in Spain, arguing this was the only way to ensure compliance with the working hours laid down by law. The trade union backed up its case with a statement that 53.7% of overtime hours worked in Spain are currently not properly recorded. Just as in Germany, employers in Spain have so far only been required by law to record overtime. Accordingly, Deutsche Bank had only documented the overtime worked by its staff.

The National High Court in Spain referred the case to the ECJ.

Judgment foreshadowed by the Advocate General’s concluding opinion
At the end of January, Advocate General Giovanni Pitruzzella showed himself clearly in favor of stricter rules regarding the recording of working hours in his concluding opinion. He took the view that the EU’s Charter of Fundamental Rights imposes an obligation on employers to introduce a system for recording the actual daily working hours of employees. In his opinion, national legislation that does not achieve this level of protection is contrary to EU law and would therefore not be applicable.

The Luxembourg judges have now adopted this view.

The court went on to state that the introduction of a system for the comprehensive recording of working hours was essential to guarantee this fundamental right in its entirety and to protect employees. Without a system of this kind, it would not be possible to establish whether the permissible working hours had been exceeded. This would, in practice, make it almost impossible for employees to enforce their rights as guaranteed under European law. Furthermore, in the event of a legal dispute between an employer and his or her employees over compliance with maximum working hours and rest periods, it would be particularly difficult for employees to produce evidence.

Regulations on the national level that do not require employers to maintain a record of daily and weekly working hours, instead merely requiring them to record overtime, are consequently not appropriate for ensuring the practical effectiveness of the rights enshrined in the Charter of Fundamental Rights and the EU Working Time Directive.

While the questions addressed by the National High Court of Spain and the Advocate General’s concluding opinions were limited to full-time employees who had not expressly agreed, either individually or collectively, to work overtime and who were not mobile workers, merchant navy employees or railway workers, the ECJ judges did not make a distinction in this respect. In their ruling, they refer to all employees regardless of the type of employment concerned and regardless of any additional regulations regarding working hours.

Implications of recording working hours: More bureaucracy and the end of trust-based working time in its existing form
As the current legal situation in most EU Member States is comparable with the legal situation in Spain and Germany, this decision by the European Court of Justice will have considerable repercussions on employment law in countries throughout Europe.

Compliance with working hours legislation is set to become more important as a result of the ruling. That said, the ECJ’s judgment does not impose any direct obligation on employers to act. Such an obligation would require statutory implementation of the ruling by each of the legislative bodies in the EU Member States. The legislative bodies will have to oblige employers to set up a system for recording working time that meets the requirements laid down by the ECJ. However, the Member States can themselves decide on the details of implementation. They are at liberty to determine a method for recording effective daily working hours that is appropriate to the circumstances in their respective country. The ECJ judges also stressed that it would be possible to take special situations into account. For example, the size of a company or the nature of its operations may justify exceptions to the strict requirements around time recording.

As a result, each national legislature is now required to put the appropriate regulations in place. The crucial requirement is that the employer shall establish an “objective, reliable and accessible system enabling the duration of time worked each day by each worker to be measured” (Press Release No 61/19 issued by the ECJ on 14 May 2019).

It is apparent that current “trust-based working time” arrangements in which neither side checks or records working time are unlikely to have a future. In the world of Work 4.0, strict procedures for time recording that are in line with the ECJ’s requirements appear to be a retrograde step. The flexibility that has increasingly become a feature of the modern workplace looks likely to suffer under such systems.

It is also clear that the introduction of a system for recording working hours spells additional bureaucratic effort for employers across Europe. The German Minister for Economic Affairs, Peter Altmaier, has expressed concern about this aspect of the matter and has spoken out against tightening the regulations on recording working hours. In particular, he warned against the introduction of excessive bureaucracy. The culture of trust between employers and employees created by a trust-based working time model would also be impacted, he added. Meanwhile, the German Labor Minister, Hubertus Heil, stated that any additional bureaucratic effort would not be wasted, as the government wants to strengthen workers’ rights in any case. The Ministry for Economic Affairs and the Ministry of Labor are currently considering whether a change in the law is necessary in Germany, and if so, how such a change might look. In any event, the ECJ ruling has brought employers’ compliance with working time regulations into sharp political focus.