“Members” are not “Partners”, and has the holy grail really been discovered?

In English law, there are two types of true partnership: the traditional “general” partnership, governed by the Partnership Act 1890, and the limited partnership, governed by a combination of the 1890 Act and the Limited Partnerships Act 1907. The so-called limited liability partnership (LLP), which was first introduced into English law by the Limited Liability Partnerships Act 2000 and which has been in effect since April 2001, is something altogether different. Despite its name, it is not a partnership at all: it is a body corporate which has “members” not “partners”. It is most certainly not, as some English judges have described it, a third species of partnership. It is for this reason that, when a partnership decides to “convert” to LLP status, what actually happens is that the old partnership ceases to carry on business (and is, generally, dissolved) and an entirely new LLP entity is formed: there is no continuity at all.

History of the LLP
So how did the LLP come to take the form it did? In the mid-1990s, the accountancy profession was becoming increasingly nervous about the unlimited liability associated with practice through the traditional partnership vehicle (in the wake of the decision in ADT v. BDO Binder Hamlin (1996)). The LLP had, of course, long been recognised in the United States as a species of partnership and this was perceived to be the best approach to ­adapt in the UK. Accordingly, one of the major accounting firms, Price Waterhouse, worked with the States of Jersey to develop a bespoke LLP Law, which went onto Jersey’s statute book in 1997. That Law was based on the model of a Scottish partnership (which enjoys a personality separate and distinct from the partners – by virtue of section 4(2) of the 1890 Act). The Law was crafted so as to replicate the key elements of a recognisable English/Scottish law partnership, but with the attributes necessary to secure freedom from personal liability for all partners with the exception of any partner guilty of wrongdoing (whose position would be governed by the general law). Surprisingly, the advice given at the time was that, to ensure the availability of the liability shield, it would still be necessary for an existing partnership wishing to convert to dissolve and for an entirely new LLP to be formed, even though there would be a partnership throughout.

As the Jersey Law took shape, the contemporary UK Government found the prospect of the major accountancy firms going offshore unsettling and sought ways to counter this development. First, the Inland Revenue (as it then was) sought to attack the tax status of the Jersey LLP by suggesting that it was a corporate vehicle and not a partnership, thus denying tax transparency. Secondly, the Government decided to introduce its own LLP law. This initiative gave rise to a conundrum: how was a new law to be promoted while the attack on the Jersey LLP was to be maintained? The inevitable answer was to take a different course entirely and to make the English law LLP a body corporate not a partnership but to confer tax transparency on it by statute. Everything flowed from this strategic decision.

Inexplicably, the new vehicle was still to be called a “partnership” because that is what potential users wanted and expected. As the consultation process leading to the legislation proceeded, this approach threw up further anomalies. Those supporters of the “partnership ethos”, believing that the duty of good faith between partners underpins the partnership relationship, lobbied for such a duty to become part of the new LLP law but this was rejected out of hand by the Government, which argued that importing such a generalised duty would hinder the main objective, namely to secure a robust liability shield. So it was that the English LLP was born.

Nature and attributes of the LLP
As already noted, an LLP is a body corporate with members (not partners) and is governed in part by a stand-alone regime (the LLP Act 2000 and the LLP Regulations 2001) and in part by the companies’ legislation as adapted and applied to LLPs. Partnership law has no application at all.

The price of limited liability is (a) registration of the LLP itself and of all changes in its membership, (b) mandatory audits (in most cases) and © public availability of financial and other information. Internally, the LLP operates much like a partnership and few statutory rules apply: internal regulation is left to the members and they have a largely unfettered discretion as to what should be included in their LLP agreement. But even the expression “their agreement” is shorthand: an LLP agreement should not only govern the relationship between the members but also their relationship with the LLP, so that the LLP should itself be a party (something which is often overlooked).

Of course, an LLP can exist without an agreement, but it will then be subject to what has become known as the “default regime”, in part contained in the LLP Act itself and in part in the LLP Regulations. Unlike the 1890 Act, which is backed up by a body of law developed over centuries, the default regime contains a brief miscellany of provisions, some adapted directly from equivalent partnership rules and others perceived to be necessary in their own right. Their inadequacy, particularly in the event of a dispute, is almost universally recognised. For example, a member can leave the LLP on “reasonable notice” but cannot be expelled, however, badly (or illegally) he may have behaved. Moreover, the legislation says nothing at all about what a share in an LLP represents or about the rights of an outgoing member to the return of his capital contribution. By definition, there is not yet a significant body of LLP law, nor will there be for many years.
Those who dismiss the default regime as irrelevant, assuming that they have a well-drafted LLP agreement in place, may face a nasty shock. Failure to get an incoming member properly signed up to and bound by the agreement (a common error) may result in it ceasing to apply to any of the LLP’s members. But the danger does not end there. If, for example, the management of an LLP or a majority of the members seek to remove a member when they have no power to do so, or deliberately depart from the provisions of the LLP agreement in significant respects when dealing with that member, that may be classed as a “repudiatory breach” under English law. If this occurs, such conduct may entitle that member to notify the others that he is formally accepting the breach as, in effect, terminating the LLP agreement going forwards, so that all members are thrown back onto the default regime (there is as yet no decided case confirming this, but the writer has used this approach to good effect on numerous occasions). Not surprisingly, this is now the weapon of choice in LLP disputes and has proved to be a game changer in many situations.

One other conspicuous oddity of the legislation is that it specifically provides that a member of an LLP can also be its employee but, in approaching this issue, the draftsman sought to apply a partnership-based test, without realising that, as a matter of law, a partner can never be an employee of his own firm. It has been left to the courts to resolve this particular conundrum; they have decreed that, when looking at the member/employee issue, one must hypothesise the existence of a partnership (see Tiffin v. Lester Aldridge LLP (2012)). Although the tax transparency of the LLP is guaranteed by statute, the original willingness of the Inland Revenue (now HMRC) to regard all individual members as self-employed, even if they were actually employed by the LLP, has, in the face of what is perceived as market abuse, had to give way to a new approach that, when new legislation is in place, may see members taxed as employees, even if they are not classed as employees under the general law. What price certainty now?

Although the holy grail of limited liability has been achieved, its availability to individual members who are themselves negligent is not yet clearly established. All the signs indicate that the liability shield will not be available to such a member, at least in the context of a professional LLP. Whether this matters will, of course, depend on the scope of the LLP’s professional indemnity policy. However, there is no shield at all where a member has to personally undertake a particular office or appointment in the course of the LLP’s business or where a third party, e.g. a bank, demands personal guarantees. This has led to much discussion of what arrangements should be put in place to protect such members without creating unlimited liability for all.

The endemic LLP confusion
The understandable adherence to the “partnership” terminology has, inevitably, caused ongoing confusion in the minds of advisers and LLP members alike. Because they are still in a “partnership”, they tend to think of themselves and, indeed, describe themselves as “partners”. Client are also familiar with this terminology and welcome its continued use. Despite the precautions taken in LLPs’ publicity material to explain that references to “partners” are not actually to partners-in-law (and may even denote persons who are merely senior employees), members’ confusion as to their status is constantly being reinforced. It is not surprising that, as a result, they tend (wrongly) to think in terms of partnership-law-based remedies and options rather than those which actually exist under the LLP regime. Thus, despite members’ assumptions, good faith plays no part in the relationship between them unless they chose to create that concept contractually (this proposition has received judicial confirmation: F&C Alternative Investments (Holdings) Ltd. V. Berthelmy (2011)).

It is this partnership-based approach that is so dangerous when drafting an LLP agreement. It is only to be expected that partnerships converting to LLP status will use their old partnership agreement as a template, hoping to retain as much of the supposed “partnership ethos” as possible. However, unless the mindset of the draftsman takes sufficient account of the difference in the basic concepts into consideration, he may introduce provisions which are inconsistent to the LLP structure and even risk the creation of a traditional partnership through the back door (a possibility raised by Lord Goldsmith in the House of Lords Debate on the LLP Bill). It is only as experience has gradually built up that the gaping chasm between an LLP and a partnership has become apparent, even to some LLP advisers. With that realisation has also come a steady move away from the partnership ethos, although pockets of resistance remain. 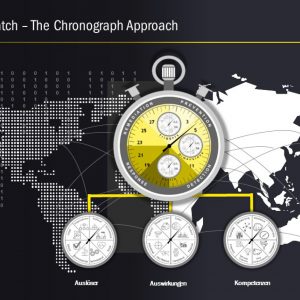 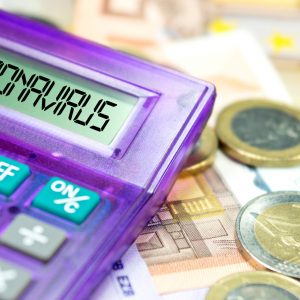 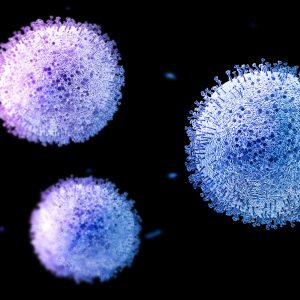